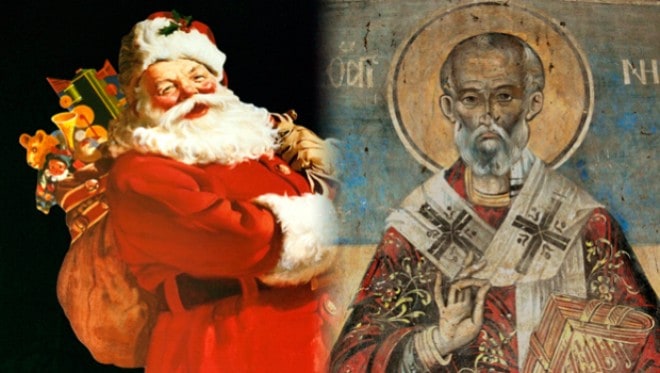 Some famous people and events from mythology are pure fiction. They are inventions of fertile imaginations and the creative products of story tellers meeting the demand for juicy tales. However, some mythology is based on actual history. While the links might be tenuous at times, they are there for us to trace myths back to their origins. Following are twenty things about myths that can be traced back to real people and events from history.

The Saint Behind Santa Claus

In the run-up to every Christmas, children (and some adults) become giddy with anticipation of what Santa Claus has in store for them. Like an omniscient deity, Santa can tell who has been naughty or nice, rewarding us accordingly with either goodies or a lump of coal. The American version of Santa, the dominant depiction, is the product of a melting pot of cultures. The result was the jolly, bearded grandfatherly figure we all know.

Originating in western Christian culture, today’s Santa Claus is a blend of various inputs. There is the English folkloric figure Father Christmas, the gift giver. The Dutch figure Sinterklaas, whose feast occurs in early December. There is even a touch of the ancient Germanic god, Odin. He is/was associated with the pagan midwinter festival of Yule. However, the chief figure behind the Santa myth is Saint Nicholas, a fourth-century Greek bishop of Myra, a city on the southern coast of modern Turkey.