This Man Was Known as Ancient Rome's 'Robin Hood' 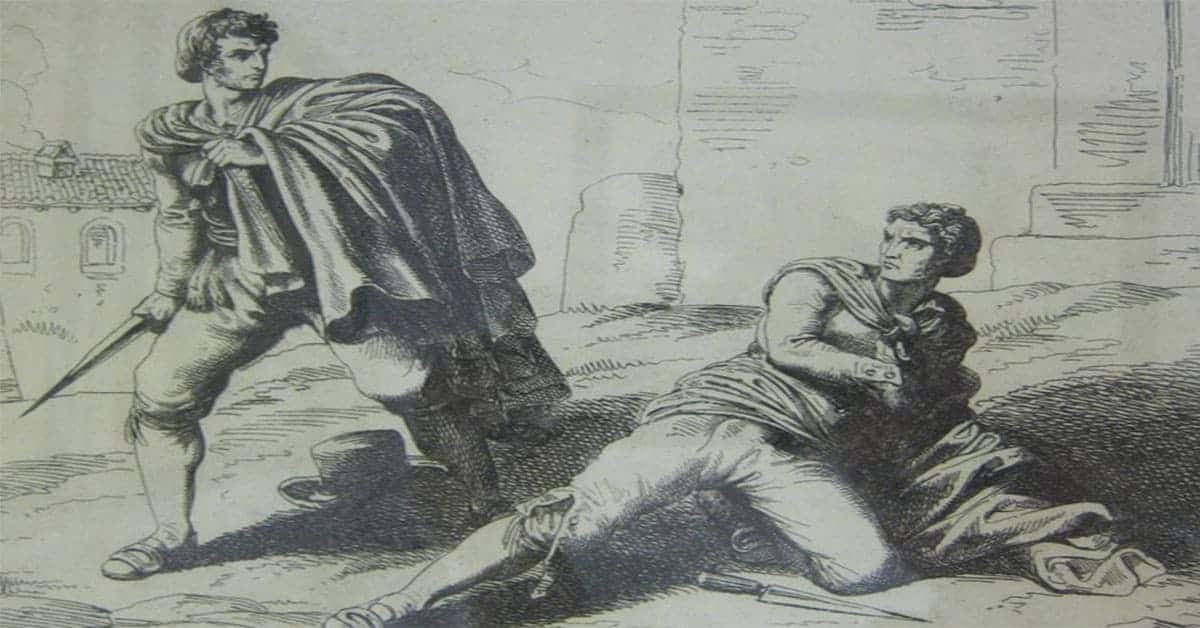 This Man Was Known as Ancient Rome’s ‘Robin Hood’

The legend of Robin Hood is a tale widely known in Western literature. It tells the story of an outlaw who lived in Sherwood Forest with his band of merry men. They defied the evil Sheriff of Nottingham and routinely stole money from the rich to give to the poor. While there are suggestions that Robin Hood was a real person, evidence that he existed in England is scant.

There is, however, some evidence to suggest that there was a real Roman Robin Hood in the form of Bulla Felix. The source for the adventures of Felix and his group of 600 bandits is Cassius Dio. According to Dio, Felix operated in and around Rome for two years from 205-207 AD when Septimius Severus was emperor. However, since Bulla Felix roughly translates to ‘lucky charm’ in Latin, there is a suggestion that Dio created historical fiction rather than tell the tale of a real bandit leader.

Bulla’s Bandits & Their Reign of Terror

In Dio’s tales, Felix was the architect of a vast intelligence network that tracked transport and travel in and out of Rome and the port of Brundisium. He gathered information on the size and nature of each group that traveled in the area as well as an overview of the cargo they carried. His 600 strong group was comprised of imperial freedmen, runaway slaves and skilled slaves who once worked for the emperor. The freedmen were probably privileged individuals who lost their positions during the chaos that surrounded the aftermath of Commodus’ death.

There is also a possibility that the bandits included members of the famed Praetorian Guard among their number. This would certainly explain their organizational ability. The group were effectively ancient highwaymen, but unlike their latter-day counterparts, they did not murder their victims and usually only took a portion of their money before freeing them. According to Dio, if the victims included artisans, Felix would keep them for a short time to make use of their talents. Then he would release them with a generous reward.

Dio wrote that Felix could never be caught because he had mastered the arts of disguise and deception. For example, he would dress as either a centurion or a magistrate and convince nobles that he was sent to protect them. The unfortunate dupes were then stripped of their possessions before Felix, and his men fled to safe houses to avoid detection.

Perhaps one of Felix’s greatest gifts was the ability to bribe his way out of any situation where his skill and wit were not sufficient. In one tale, Felix pretends to be a provincial governor in an attempt to save two of his men condemned to death. They were to be thrown in the Arena and slaughtered by wild beasts. Felix visited the prison governor and explained that he needed more men for hard labor. He tailored his requirements in such as way that the governor offered him the two bandits. As intriguing as the tales are, there is a possibility that Dio created a fictional character to challenge the authority of Emperor Severus.

As Cassius Dio is the chief source for the antics of Bulla Felix, one wonders if his personal bias against Severus led to the creation of the outlaw. Perhaps it was simply Dio’s way of complaining about Roman society at that time. For example, Felix is the leader of 600 bandits; the Imperial Senate had the same number of seats.

The differing meanings of the bandit leader’s name possibly contribute to his symbolic and probably fictional qualities. A variety of Roman generals and heads of state used ‘Felix’ as a cognomen. The most famous examples are Sulla and Commodus. Perhaps Dio used the name to allude to a speech made by Severus to the Roman Senate. In it, he outlined his plans to carry out a policy of severity when dealing with usurpers after defeating one by the name of Clodius Albinus.

There’s a possibility that Dio meant Felix to represent a satirical mirror image of Severus by ensuring Bulla Felix shared similarities with Sulla. Dio clearly saw Sulla as the model of a good ruler. Felix was an honorable man who only took a fair portion of money from the wealthy and redistributed it across society. He avenged those who had been impoverished by wars and heavy taxation. His idea of Felix being a champion of the people is a million miles from Severus. On his deathbed, the emperor allegedly told his sons to “enrich the soldiers, and scorn all other men.” It was this attitude that helped create the Third Century Crisis, but that’s another story entirely.

Dio was recruited as official chronicler by Severus but wrote a lot of negative material about the emperor after the death. For example, he wrote that the British expedition was a complete waste of resources by an emperor with a pathological ambition. Bulla Felix represents the opposite of what Severus stood for, and as a result, he was the emperor’s personal nemesis. Overall, Dio hoped to embarrass the administration of Severus with the tales of his heroic bandit leader.

The Death of Bulla Felix

All good things must come to an end and in Bulla Felix’s case; he is captured after two years due to a betrayal. According to Dio, the outraged Severus provided a military tribune with a large force and ordered him to find Felix; the punishment for failure was death. Felix was having an affair with a married woman, and the cuckolded husband took revenge by informing on the bandit leader.

Felix was caught while sleeping in a cave and brought before a prefect named Papinianus. When Papinianus asked Felix ‘why are you a bandit?’ he replied ‘why are you a prefect?’ Here, Dio is implying that prefects are little more than bandits themselves. In the end, Felix is torn to pieces by wild animals in the Roman Colosseum while his victims watched and cheered.