These Four Natural Disasters Wiped Out Entire Cities and Civilizations 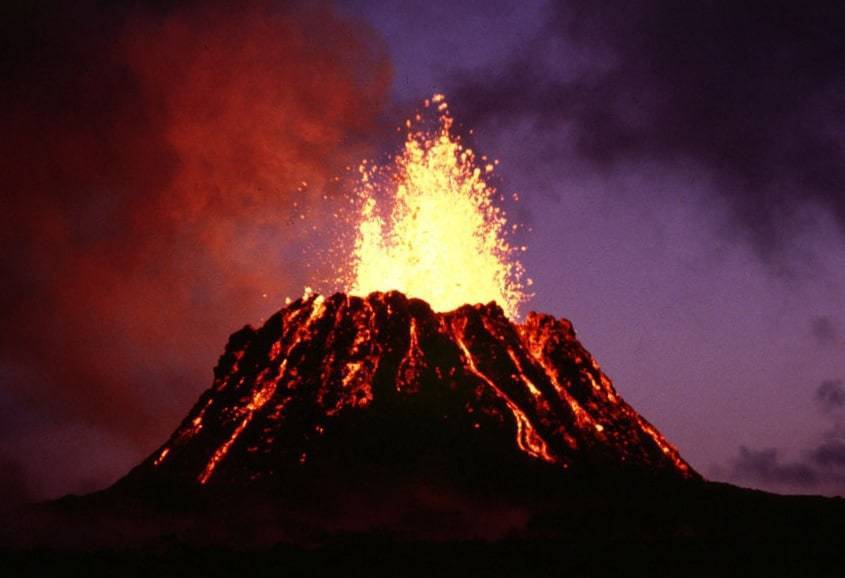 These Four Natural Disasters Wiped Out Entire Cities and Civilizations

These days, natural disasters can kill and injure thousands of people. In extreme cases, they can even wipe out entire towns. Yet, humanity has a proven ability to rebuild. By and large, even when cities or regions suffer massive damage, people are able to rise up and rebuild from the ruins. Further, advanced construction techniques mean that we can now build earthquake, hurricane, and other natural disaster-resistant structures.

Take the 2010 Haiti earthquake, for example. It was one of the deadliest natural disasters in modern times, having killed as many as 300,000 people. Yet, with international aid, Haiti has largely been able to rebuild itself. Challenges remain, but Haiti will go on as a country.

1. Mount Vesuvius and The Destruction of Pompeii

The eruption of Mount Vesuvius in 79 AD goes down as one of the deadliest volcanic eruptions in history. The eruption also wiped out the ancient and prosperous city of Pompeii, which would remain buried under soot and rubble for more than 1,500 years.

At the time of its destruction, Pompeii is believed to have been home to about 11,000 people. The city had an advanced water system, an amphitheater, a gymnasium, and a port. In other words, it had all the trappings of the most advanced cities of its time.

Leading up to the eruption, massive earthquakes struck nearby but went ignored. Meanwhile, noxious carbon dioxide leaked from the earth, killing livestock. Still, people didn’t heed the warning signs. Then, on August 24th, Mount Vesuvius erupted, pelting Pompeii and the surrounding areas with flaming rocks, and debris. Hot magma also began to flow down the mountain side, setting off fires, and ash rained from the sky.

It’s believed that at least a few thousand citizens of Pompeii survived the initial eruption. The next day, however, the volcano erupted again. This time, the more powerful blast killed everyone near instantly, and a mix of ash and rain would form a sort of concrete that preserved much of the city and its deceased inhabitants.

The nearby town of Herculaneum was also destroyed in a mudslide. Numerous ships at sea were lost, and other local villages were destroyed. The city of Pompeii would be lost for hundreds of years but now the excavated city is a UNESCO World Heritage Site.

Sadly, Mount Vesuvius might one day find itself on lists for the deadliest modern natural disasters. There are currently more people living near Mount Vesuvius than any other still active volcano. The volcano will almost certainly erupt again, but no one knows when. Hopefully, advanced warning and evacuation methods will reduce casualties.

Also Read: 10 People from Pompeii and Herculaneum Whose Lives Can Be Revived.

2. The Tsunami That Sunk Helike

Any history buff can recall some of the major Greek city-states, such as Athens and Sparta. One city that is rarely mentioned among the majors is Helike, a once-bustling city that was wiped out by a tsunami in the winter of 373 B.C. Once, the city was the seat of the Achaean League, a collection of Greek city-states in northern Greece, and seemed destined for a great and influential future. Nature, or perhaps Poseidon himself, said otherwise.

In fact, Homer even recalls the city in his epics, stating that the city fought in the Trojan war. The soldiers from Helike apparently fought on the side of the Greeks and opposed Troy. Whether or not this epic battle of ancient history is more myth than truth, Helike was important enough to share some of the spotlights.

Reports indicate that in the days leading up to the catastrophe, animals began to flee the area, heading away from the city and the ocean. Reports also indicate that people witnessed immense columns of flame and smoke.

Then, one night the city simply disappeared and all of its citizens were wiped out. At the time, 10 Spartan ships were anchored in the nearby bay, and were also lost. Efforts to recover bodies were largely unsuccessful. The tragedy was contributed to Poseidon, and the fact that the citizens of Helike were unwilling to give their statue, or even a model of their statue to Ionian colonists.

After the tragedy, the former city-state became a sort of tourist attraction for ancient Greeks and visitors from far away lands. With the city completely submerged by water, people would sail over it and marvel at the statues and remains of buildings. It is believed that the city-state may have even been the inspiration for Plato’s Atlantis.

After some time the city was buried over by silt and became lost. In 2001, it was rediscovered.

3. The Drying of the Mediterranean

The first few natural disasters on this list occurred quickly and suddenly. Yet often the biggest and most dramatic changes occur slowly. In fact, sometimes the changes can occur so slowly that individual generations barely even notice them.

For many people alive today, it’s hard to imagine the Egyptians erecting pyramids out of the desert sands, and civilization taking root in the now harsh Fertile Crescent. In fact, these civilizations didn’t spring up in the harsh terrains we know today.

Much of the Mediterranean and Middle East was far more lush and fertile than it is now. In fact, many scholars now believe that “Old Egypt”, the Egypt that built the pyramids, was destroyed by droughts. Crops died, sandstorms became larger and more common, and famine would have almost certainly been widespread. The Egyptians were extremely advanced for their time, and yet they may have been wiped out by climate change.

Droughts and changing weather may have also played a role in the collapse of the Late Bronze age empires, including the new Egypt, the Hittite Empire, and early Greek city-states. Scientists have found evidence that a severe drought may have struck at the beginning of the decline of these ancient civilizations, all of which collapsed in close proximity to each other (time-wise).

The Fertile Crescent in the Middle East was also likely more lush in the past. The rivers that flow through the region were able to supply extensive irrigation networks, and it is believed that there was more rain. The same is true of many other parts of Northern Africa and the Middle East. To be sure, the region has always been on the dryer side, but it has only continued to dry over the era.

4. The Collapse of Mayan Civilization

The Mayan empire found in Central American and southern Mexico was once one of the largest and most advanced civilizations in the world. At its peak, Mayan cities and cultural achievements rivaled those found in medieval Europe and Asia. During the 9th century AD, however, the Mayan civilization suffered a major collapse, and many of its major cities were quickly abandoned.

The reason for the Mayan collapse remains highly debatable, but one of the leading theories is that a major drought struck the region. In many areas of the Mayan empire, including the Yucatan, there are few to no major rivers. There are also a few lakes and other surface water sources. Instead, rainfall and groundwater is the primary source of water.

This makes these regions especially vulnerable to droughts as accessible water resources can be quickly used up. Theorists have found evidence of a megadrought that lasted from 800 AD to 1,000 AD. Meanwhile, Mayan civilization began to collapse in the 800’s, suggesting that the drought may have caused the collapse.

Other theorists who believe that drought was the primary driver of the Mayan collapse, believe that the drought may have been much less dramatic, with precipitation dropping by only 25 to 40%. As Mayans were highly dependent on rainfall for water, even slight declines could have fueled a collapse.

At the same time, as the Mayan population grew, there was less room for error. More people require more water, and as Mayan civilization neared its peak, population-wise, most water was already being consumed. If precipitation declined by even a small amount, it may have pushed the Mayan civilization past a tipping point, causing a massive collapse and the abandonment of cities.

While much of the southern portion of the Mayan empire did collapse in the 9th century, Mayan culture further north in Mexico did continue to flourish. Regardless, Mayan civilization as a whole never fully recovered.

The Aleppo Earthquake of 1138 claimed as many as 230,000 lives, making it one of the deadliest earthquakes in history. Luckily, tremors leading up to the major earthquake caused many local residents to flee into the countryside. Otherwise, the casualties would have been worse, and fewer people would have been left to rebuild the city. This earthquake only fails to make the list because the city of Aleppo was somewhat quickly rebuilt and remains a major city in modern-day Northern Syria.

The 1976 Tangshan earthquake is likely the deadliest earthquake in history, with as many as 780,000 people have perished. The Chinese government initially reported that 650,000 people had died, but later revised it down to about 250,000. Either way, the earthquake claimed a huge number of lives.

The first Tangshan earthquake occurred in the early morning of July 28th The 7.8 magnitude quake reduced much of Tangshan to rubble. Some 16 hours later, another 7.1 earthquake struck, causing even more damage and hampering rescue efforts. Tangshan has since rebuilt, but it’s a stark reminder that earthquakes still remain a threat.

The 1906 San Francisco Earthquake was the deadliest quake in United States history. These days, San Francisco and the nearby Silicon Valley are the global hub for the tech industry. Yet the city is built on a major fault line. In 1906, a 7.9 magnitude quake struck the city, causing numerous buildings to collapse and fires to quickly spread. While the earthquake was the first domino to fall, it was actually the resulting fires that did most of the damage. Much of San Francisco and many nearby towns were destroyed.

The 2004 Indian Ocean earthquake and resulting tsunami is also a stark reminder that human civilization is still vulnerable today. On December 26 a massive 9.3 earthquake struck in the Indian Ocean. While buildings in far away cities were shaken, damage from the earthquake itself was minimal. However, the quake sent water barreling towards the coasts in India, Indonesia, Sri Lanka, and Thailand (among others).

When the fast-moving water reached the costs, it built up into a huge tsunami wave, as high as 100 feet in some places. These waves swept over beaches and through low-lying areas, killing as many as 280,000 people.

Even with recent advances in technology, the list of deadly natural disasters will only continue to grow.

Smithsonian Magazine – Why Did the Mayan Civilization Collapse? A New Study Points to Deforestation and Climate Change