These 16 Facts Will Open Your Eyes to Bess of Hardwick, the Other Elizabeth of Elizabethan England

These 16 Facts Will Open Your Eyes to Bess of Hardwick, the Other Elizabeth of Elizabethan England 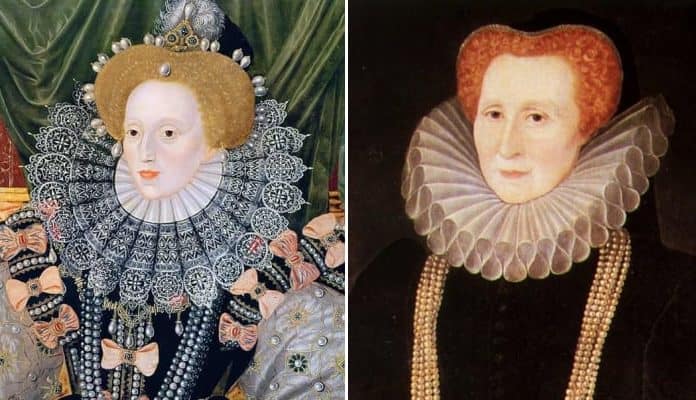 When we think of the Elizabethan age, the name that first springs to mind is Queen Elizabeth I (1533-1603), a figure so dominant that she gave her name to the period. Good Queen Bess never married, claiming that she was married to the country, and was immortalized as The Virgin Queen. Her rule saw an end to the unpopular Catholicism fiercely reintroduced by her loathed sister, Mary, the beginning of English colonialism, the defeat of the Spanish Armada, and the immortal plays of William Shakespeare. Elizabeth was an inspired and inspiring ruler, mostly adored by her subjects and many suitors.

But she was far from the only Bess to live through the period, or to leave so great a mark upon it. For perhaps her greatest rival to the position of most prominent woman in the country was Elizabeth Hardwick (1527-1608), better known as Bess of Hardwick. Through a succession of marriages, this Bess rose from humble origins to possess an empire of wealth, property, influence, and prominent offspring. She was an equally strong-willed and brilliant woman whose legacy lives on in the Cavendish dynasty, art, and some of the world’s greatest mansions. Her unforgettable story deserves to be told.

Bess lived a long life through one of the most unstable periods in British history, so it’s worth beginning by summarizing the events that were going on around her. When Bess was born, Henry VIII ruled over a Catholic country with his pious Spanish wife, Catherine of Aragon. When Henry could not sire a son and heir, he broke England from the Catholic Church, divorced Catherine, and married Anne Boleyn. The religion changed from Catholicism to Protestantism, with Henry instead of the Pope as head. Meanwhile, Henry married a further four times, beheading two of his wives including poor Anne.

Henry’s son, Edward VI, reigned from 1547 until he died aged 15 in 1553. He named Lady Jane Grey as his heir, but she lasted only 9 days before being replaced by Edward’s older half-sister, Mary I. ‘Bloody Mary’ set about turning England back to a Catholic nation, burning Protestants who refused to revert, and marrying the unpopular Philip of Spain. She died childless, and was succeeded by her younger half-sister, Elizabeth I, in 1558. Elizabeth set about turning England back to Protestantism, overseeing a glorious period in English history known as the Elizabethan Age until her death in 1603.

Elizabeth never married, and died childless, instead naming her cousin’s son, James VI of Scotland, as King of England. James stuck with the Protestant faith, but his reign was subject to schemes to replace him by Catholics disappointed with his religious views, including the Gunpowder Plot of 1605. Bess of Hardwick saw six different monarchs in her lifetime, three sea-changes in the country’s religion, the burning of heretics, and the thwarting of a Spanish invasion in 1588. It was an extremely changeable and violent period of history, in which people went to bed an ally, and woke up a traitor.