Greed, Failure, and Death: The Legend of El Dorado and the City of Gold 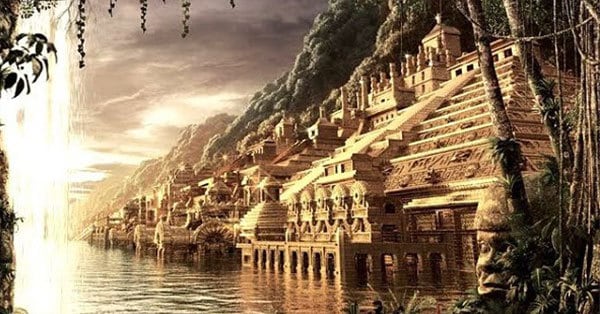 Greed, Failure, and Death: The Legend of El Dorado and the City of Gold

The Age of Exploration was marked as much by a lust for riches than it was a thirst for adventure. European explorers were notorious for greedily grabbing every piece of precious metal and jewel they could lay their hands on. Nowhere was the divide between the cultures of Europe and South America more apparent than in the myth of El Dorado.

For the South Americans, El Dorado was a mythical ruler so wealthy that he covered himself head to toe in gold and washed it off in Lake Guatavita as an initiation rite. Various conquistadores arriving in the New World in the 16th and 17th centuries wrote about the ceremony of El Dorado.

One of the best-known accounts is called ‘The Conquest and Discovery of the New Kingdom of Granada’ written by Juan Rodriguez in 1638. In the book, Rodriguez described the process of succession within the Muisca kingdom which involved the aforementioned ritual. Each new king would be naked barring a covering of gold dust, and he threw a host of precious objects into the lake as an offering to the gods.

However, European explorers had their own version. For them, El Dorado was a fabulous city of gold waiting to be discovered. They genuinely believed that this lost city existed in the New World and countless people died in a series of failed quests in the 16th and 17th centuries.

Archaeological research has shown that the scale and level of gold production in Colombia was of exceptionally large proportions by the time Europeans arrived in 1537. For the Muisca people, gold did not represent prosperity or wealth; it was nothing more than an offering to the gods. Even today, the Muisca people place no material value on gold.

While there is evidence to suggest that El Dorado was a person and not a place, the Spanish conquistadores had other ideas at the time. Along with other European explorers, they saw so much wealth in the north coast of South America that they became convinced that there was an entire city of extraordinary wealth buried somewhere on the continent.

In 1532, Francisco Pizarro arrived in Peru during the first of his three attempts to conquer the Incas, and he discovered an incredible amount of gold in the process. In 1537, Jimenez de Quesada and a group of Spanish conquistadores landed in Colombia in search of gold. They had been lured to the country from Peru after hearing tales of El Dorado. The explorers went deeper into unknown territory, and many of them lost their lives in the process. In fact, only 166 men survived the expedition; 900 had started the quest.

Eventually, they came across the goldwork of the Muisca; the level of craftsmanship astounded them. They were the first Europeans ever to see the techniques used by the Muisca. For his part, Quesada never gave up the search and returned to Colombia in 1569. After a three-year expedition, only 30 people survived from approximately 2,000 explorers. There is a suggestion that Quesada was the model for Miguel de Cervantes’ Don Quixote character.

In 1541, Francisco de Orellana became the first European to travel the length of the Amazon River; he was probably driven by a pursuit for El Dorado. Quesada had located Lake Guatavita in 1537, but European explorers did not subjugate the Muisca for another few years. By 1545, the conquistadores had heard enough first-hand accounts of the Muisca ceremony to suggest there was an incredible amount of wealth beneath the water.

They made their first attempt to drain Lake Guatavita that year, but it was by no means the last. Decades later, some 8,000 laborers began cutting a giant notch in the crater rim but everything collapsed, and hundreds of people died. Instead of being disenchanted, greedy explorers became more crazed in their search for this mystical city.

Legendary English explorer, Sir Walter Raleigh, joined the legions of adventurers seeking the fabled treasure in 1594. He waited almost a quarter of a century to launch his second attempt in 1617, and it was a complete disaster. During this trip, he sent his son Watt up the Orinoco Valley where he was killed in a fight with Spanish explorers. Apparently, Raleigh blamed the man who told him the news for Watt’s death and the distraught messenger committed suicide in his cabin that same day. Raleigh didn’t have better luck when he returned home as he was executed in 1618 by King James I; among the many reasons for his decision was that Raleigh ignored his orders to avoid conflict with the Spanish.

No matter how badly one expedition failed, there was always another willing to try and find El Dorado. Some found bits and pieces of gold but most found disease and death. The governor of a province in Venezuela, Don Manuel Centurion, made an attempt to find El Dorado in 1740 but his expedition resulted in the deaths of hundreds. There was a variety of other attempts as explorers searched various locations across South America.

In 1801, a famed naturalist named Alexander von Humboldt tried to calculate how much treasure was beneath the Lake Guatavita water. He measured the lake and determined that if 1,000 Muisca had thrown five objects a year into the water over the course of a century, there would be approximately $300 million worth of treasure in the lake. Other so-called experts claimed there was five times that amount and this idle speculation led to a brand new generation of treasure hunter.

Most of the focus was on Lake Guatavita as more people tried to cut through the crater rim to lower the level of the water. All of these attempts failed, and hundreds of people perished. One of the worst examples occurred between 1823 and 1826 when a British Navy captain and a local businessman combined to dig a number of trenches and tunnels. The tunnel inevitably collapsed and killed scores of laborers.

In 1898, a British contractor called Harvey Knowles helped set up a deal to ensure London Contractors Ltd. of London took over the Company for the Exploitation of the Lagoon of Guatavita; at least they didn’t pretend to hide the purpose of the company. After several years of digging, the company was able to use an extremely powerful steam pump to drain water from a tunnel that extended 400 meters from the middle of the lake.

The company thought it had achieved its goal in 1904 when it finally drained all the water from the lake. Alas, the workers were faced with a gigantic pit of mud which hardened rapidly in the Colombian sun. What little gold was found had been beaten thin, and Knowles received just £500 for the treasure haul; a small fraction of the cost of the project. Predictably, the company went bankrupt and ceased trading in 1929.

Several more failed attempts later and the Colombian Government finally had enough of treasure hunters risking their lives to find booty that clearly didn’t exist. In 1965, Lake Guatavita was declared a protected area, so attempts to drain the lake or other private salvage attempts are now illegal.

When Richard Nixon practically destroyed the Bretton Woods system in 1971, the value of gold went all over the place, and it crashed in the mid-70s. One of the reasons for this was the amount of new gold sites found by treasure hunters across Northern Colombia. There is certainly an incredible amount of treasure buried all across South America, but explorers were often fixated on Lake Guatavita when there was actual gold located not very far away. The city of El Dorado is very much a myth yet for hundreds of years; explorers lost their lives looking for something that didn’t exist; their actions were because of greed rather than a sense of adventure.