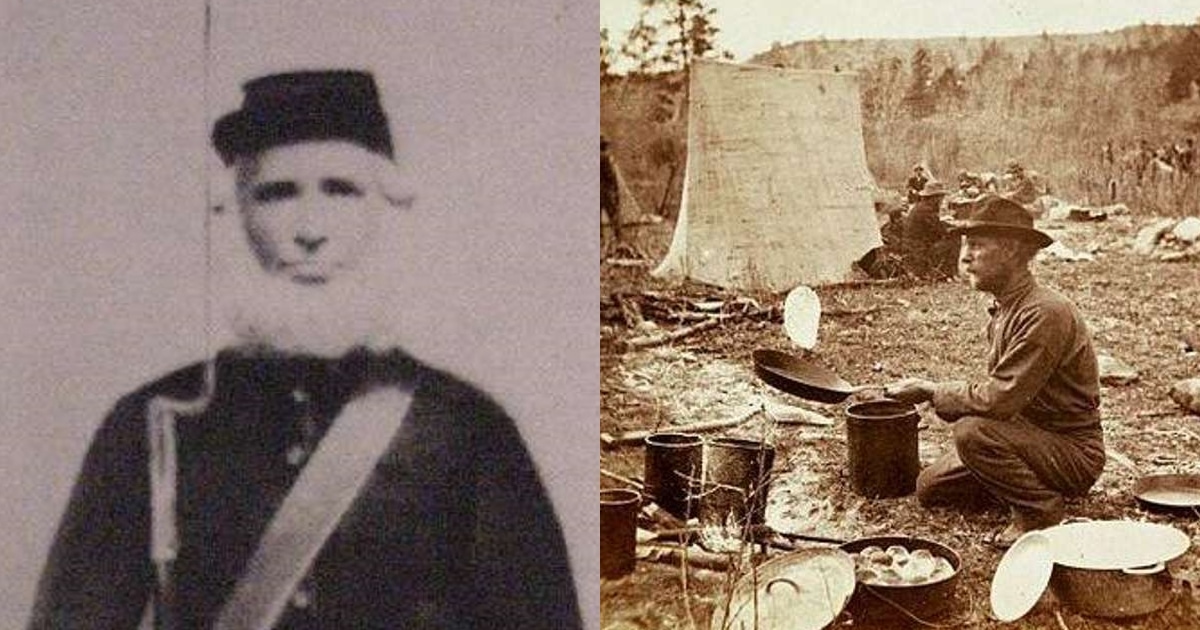 6. An Extremely Bad Cop, With an Important Assignment

Close calls, the knowledge that many wished him ill, and reports of numerous plots against his life did not daunt Abraham Lincoln, and he often went about unescorted. The tall, bearded, gangly, and easily identifiable president sometimes walked alone at night from the White House to the War Department. He often attended church or went to the theater without bodyguards, and generally disliked the fuss of a military escort. On the fateful night of April 14th, 1865, he was assigned a bodyguard – but an inept one. By any measure, John Frederick Parker (1830 – 1890) was a bad cop. One of the first officers to join Washington’s Metropolitan Police Force when it was created in 1861, he stood out for his ineptness and unsuitability as a policeman.

Parker was often brought before the police oversight board on a variety of charges, any of which could have gotten him fired. The most frequent accusation was conduct unbecoming an officer. He was let off each time with a slap on the wrist. Parker’s infractions included but were not limited to the abuse of civilians. He was known to curse in public, frequent brothels, get drunk on the job, and sleep off his inebriation in streetcars instead of walk his assigned beat. Each time, he got away with no more than a reprimand. Despite that poor record, when in November 1864, the Metropolitan Police Force created the first permanent detail to guard the president, Parker was one of four officers assigned the task.

5. A Bodyguard Who Left His Post to Grab a Drink

Officer John Frederick Parker of the Washington Metropolitan Police escorted President Lincoln and his wife to their box seats in Ford’s Theater on the night of April 14th, 1865. The bad cop then grabbed a seat in the hallway behind Lincoln in the theater but was unable to see the play from there. So he abandoned his post to watch from downstairs. The play bored him, however, so he left the theater altogether, to go grab a drink in a nearby bar.

It is possible that Parker might have crossed paths there with John Wilkes Booth, who was also at the bar for the last shot of liquid courage before he headed to Ford’s Theater. Booth, a famous actor, was a Confederate sympathizer. During the Civil War, Booth had lacked the courage of his convictions to take up arms and join the Confederate armies in the field. When it was all over and the Confederacy was defeated, he found enough courage – or at least bitterness – to finally act.

4. Getting a President Killed Through Neglect and Incompetence Was Still Not Enough to Get This Cop Fired

John Wilkes Booth hatched a plot to assassinate President Lincoln and some of his key cabinet members, and on the night of April 14th, 1865, he and his accomplices fanned out across Washington, DC. Booth’s coconspirators failed to carry out their parts. Booth, however, got into Ford’s Theater, where Officer John Frederick Parker had abandoned his post as presidential bodyguard to drink at a nearby bar. Booth snuck into the president’s private box and shot Lincoln in the back of the head. He then made a dramatic escape, and went on the lam for twelve days.

A massive manhunt eventually tracked Booth to a Virginia barn, where he was killed in a shootout. It is unclear if Officer Parker ever returned to Ford’s Theater that night, or only found out about Lincoln’s assassination the next day. Parker was charged with failure to protect the president, but incredibly, the charge was dismissed and he kept his job as a Washington Metropolitan Police officer. He was even kept on the presidential protection detail for another three years before he was finally fired when he was caught once again asleep on the job.

3. No President Ever Carried as Heavy a Burden as Abraham Lincoln

Throughout the history of the United States, no president before or since has ever faced challenges as varied and as difficult as did Abraham Lincoln. Chief among them was the Civil War, which killed about 700,000 to 900,000 people. Prorated to the current US population, that would be the equivalent of about nine to ten million dead Americans today. He had to handle that bloodbath without the vast support staff and civil bureaucracy available to modern presidents to ease and streamline their workload. He had to cope with ineptness and incompetence by sundry generals, who dealt the Union cause setback back after setback and piled up defeat after defeat.

In addition to armed rebellion in the South, Lincoln had to contend with treason in the North. There were vicious attacks directed at him from both right and left, from the opposition Democrats and from within the ranks of his own Republican party, and accusations of incompetence and tyranny. There was disloyalty within his own cabinet, plots and schemes and terrorism, plus a serious threat of foreign war against Britain and France. In the middle of all that, a beloved son caught a fever and died, at the tender age of eleven years old. To top it all off, he had to deal with a crazy wife at home – a spouse who literally suffered bouts of insanity.

2. Abraham Lincoln Had Confederate Money in His Wallet When He Died

Abraham Lincoln went through the hell of the Civil War, and finally prevailed: the rebellion was crushed, and the Union was preserved. He handled all the challenges that fate threw at him with, all things considered, nearly superhuman poise, grace, and dignity. The way in which he overcame so many adversities, and still retained his sanity and humanity to the end, was extraordinary. Less than a week after the main Southern army surrendered, when he could finally relax, he went to see a play at a theater, only to be assassinated by a sore loser Confederate.

In one of Lincoln’s pockets when he was shot was a crisp five-dollar Confederate bill. Most likely, it was a memento from a recent trip he made to Virginia, as the war in the eastern theater entered its final days and the Union Army entered Richmond. The president was in the vicinity when the Confederacy’s capital fell. He made an impromptu tour of the ruins of the place and took the banknote, worthless once the Rebel cause went down to defeat, as a souvenir.

Related: What Lincoln’s Pockets Held When he Died?

1. Lincoln’s Possessions When He Was Assassinated Were Eventually Donated to the Library of Congress

Abraham Lincoln had a white linen handkerchief when he was shot, with “A. Lincoln” embroidered in red. He also had a pocketknife with an ivory handle. He had a pair of gold-rimmed glasses mended with a string, a pair of folding spectacles in a silver case, plus glass cleaner and buffer. The arms on his glasses – he had one for reading and the other to correct his strabismus – often came loose. Lincoln probably carried the pocketknife to tighten them whenever that happened. There was also a sleeve button with a gold initial “L” on dark blue enamel and a watch fob.

The Confederate banknote was in a brown leather wallet. People did not carry identity cards back then, so Lincoln did not have any. Oddly, the wallet contained no cash other than the worthless Confederate $5 note. Instead, there were eight newspaper clippings with positive coverage of his presidency. Given the difficulties, he faced on a daily basis, and the torrent of negativity directed his way, the president probably carried the clippings around to boost his morale and as a means of positive affirmation. The contents of Lincoln’s pockets were kept by his family for decades, they were donated to the Library of Congress in 1937.

History Net – George W. Kincaid and the 37th Iowa Infantry in the US Civil War