This Day In History: President McKinley Is Shot (1901) 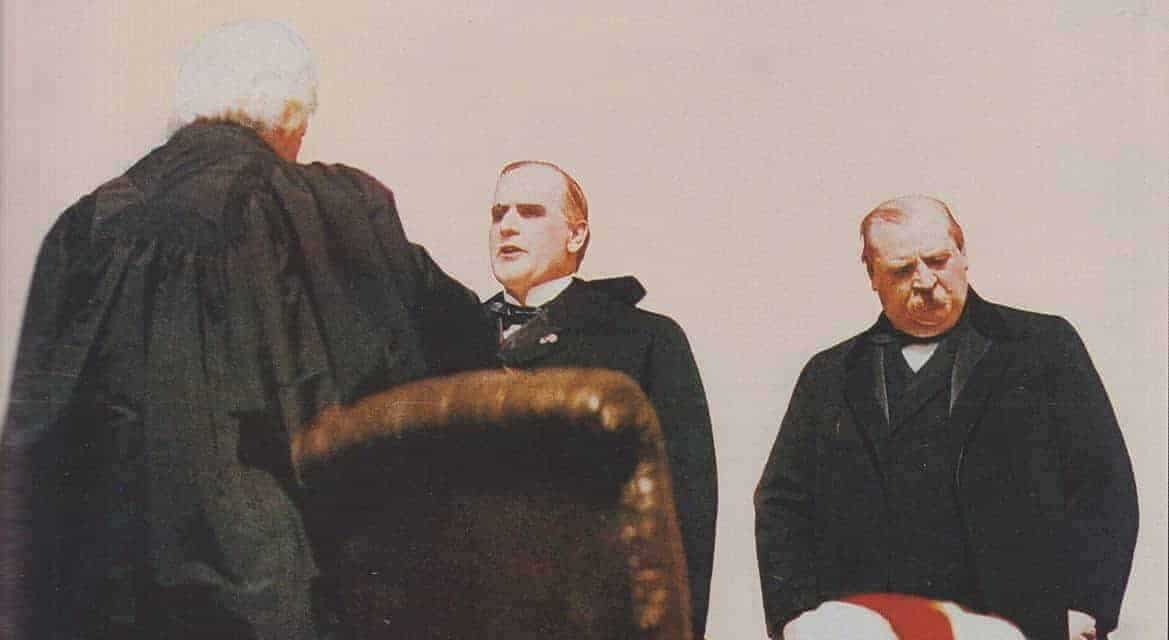 This Day In History: President McKinley Is Shot (1901)

On this day in history in 1901, President William McKinley was shot and seriously wounded. The President was greeting people at the Pan-American Exhibition in Buffalo, New York. A 28-year-old socialist and anarchist sympathizer by the name of Leon Czolgosz, without warning, fired two shots into his chest. The President swayed and then collapsed forward and asked those attending to him to “be careful how you tell my wife.”

The assassin had been apprehended as he stood over the President about to shoot him for the third time. The President’s bodyguard’s wrestled him to the ground before he could do so. The President was still alert and he ordered his bodyguards not to harm the man who had just shot him.

McKinley was rushed to the hospital where doctors found two bullet wounds. One bullet was deemed not to be a risk to the President’s life but the other had caused serious damage to his abdomen and he was losing a lot of blood. McKinley underwent emergency surgery and this was deemed to be a success. It seemed that McKinley was going to make it and he hoped to make a full recovery. Later that day, however, the president’s condition worsened rapidly and, on he died on September the 14th . It appears that the wound in his stomach had become infected and this led to his death. McKinley died from gangrene that had not been detected. Medical science was still very basic at this time and today, the President would have most likely have survived. The Vice President, Theodore Roosevelt succeeded him as President. He was a colorful character and has come to be regarded as one of the greatest Presidents of the 20th century.

On September the 16th, after receiving a state funeral in Washington, D.C., McKinley’s coffin was transported by train to his hometown of Canton, Ohio, for burial. His murder was roundly condemned and people are genuinely moved by the loss of their President, who was considered a good and decent man.

Czolgosz, the assassin was a Polish immigrant, he grew up in Detroit and had worked since childhood in various dirty and dangerous jobs. As a young man he was influenced by socialist and anarchist ideology. When questioned as to why he had killed the President he stated that McKinley and his class were exploiting the working class and poor. He also claimed that his victim was head of a corrupt government.

Czolgosz was found guilty and died in the electric chair in 1901. His last words were “I killed the president because he was the enemy of the good peopleâ€”the working people.”

A legend has it that his death was filmed by Eddison.