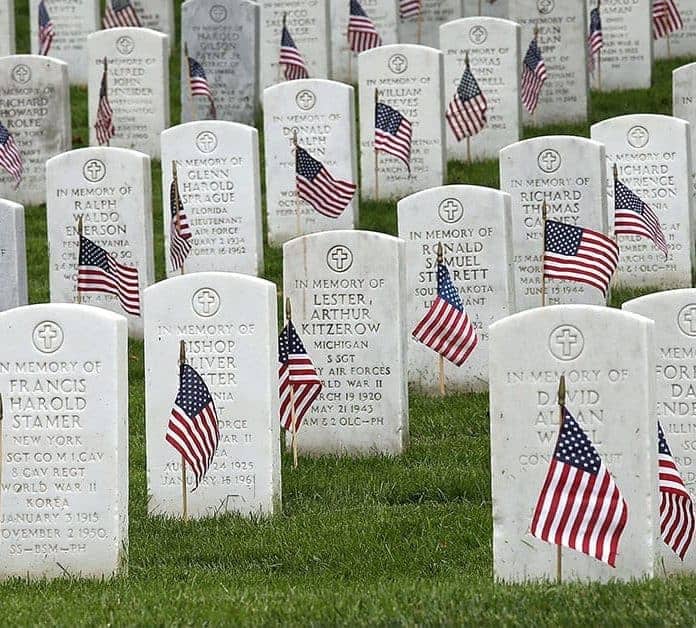 Situated on rolling hills overlooking Washington, DC, Arlington National Cemetery is America’s most prestigious burial grounds. It was established during the Civil War on an estate confiscated from the family of Confederate general Robert E. Lee. To ensure that Lee could never return to his house, Union soldiers were buried in his wife’s rose garden, and the estate was designated a military cemetery.

Since then, Arlington National Cemetery has become the nation’s premier military burial ground, and the final resting of over 300,000 American veterans, from the Revolutionary War to Afghanistan and Iraq, their family members, as well as civilians whose service to the country in non military fields rendered them eligible for burial in its hallowed grounds.

In 1790, Congress authorized a federal district on the Potomac River to house the national government. Charles Pierre L’Enfant, a Frenchman who had sailed to the New World to fight for the rebels during the American Revolution, and who became an accomplished architect after the war, was entrusted by George Washington to plan the new nation’s capital.

L’Enfant created Washington, DC, from scratch, imposing his vision for a grand capital on unappealing tracts of land. Surveying a swath of swamps and forests and hills, L’Enfant envisioned inspiring buildings, grand avenues, and public squares. America’s capital, as it exists to this day, is based on L’Enfant’s design.

Adapting European city models to American ideals, the design was based on concepts of equality of citizens, such as The Mall that was open to all – an idea unheard of in most of Europe – and wide avenues affording extended views, with a series of public parks and squares evenly dispersed at intersections.

L’Enfant’s plan also departed from the traditional idea that the grandest spot in a capital should be reserved for the ruler’s palace. Instead, the highest point in the city, with the most commanding view, was reserved for Congress, whose building would be the grandest and most imposing in the new capital, while the President would be housed in a relatively modest mansion shunted off to the side. Capitol Hill, and not the White House, is the center of the city from which broad diagonal avenues radiate, cutting a grid street system.

L’Enfant’s vision came to be, but he himself did not get to see it or get the credit. While a gifted and visionary architect, he lacked political tact and skill, and so he frequently clashed with officials. His unwillingness to compromise with the city commissioners who would do the actual work of implementing his plans, or the legislators who would pay for it all, would cost him in the end.

Eventually, the exasperated officials got a surveyor who copied L’Enfant’s plan, with minor modifications to incorporate the changes sought by the politicians, without giving L’Enfant any credit. Furious, and egged on by Thomas Jefferson, he resigned.

Pierre Charles L’Enfant died penniless in 1825, never having been paid for his work in designing Washington, DC.

He was originally buried in Maryland, until 1909, when he finally got some posthumous recognition. His remains were exhumed, placed in a casket, and after lying in state in the Capitol Rotunda, L’Enfant was reinterred in Arlington National Cemetery, in a monument positioned on an elevated spot overlooking the capital city he had designed. His grave is located in Section 2, Lot S-3, Grid S-34.