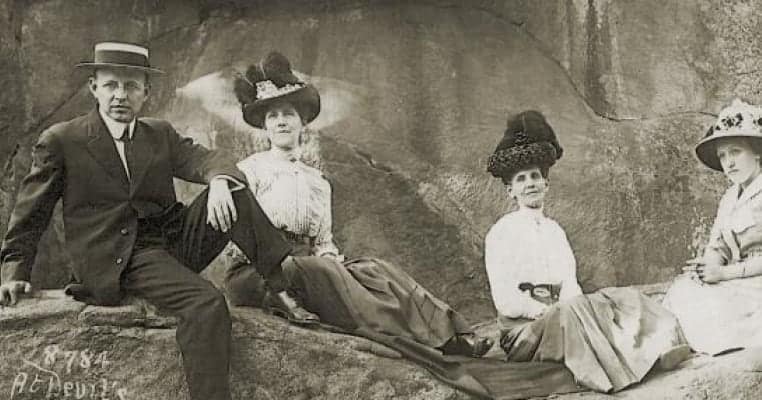 Today, Gettysburg is known as the bloodiest and one of the deadliest battles during the Civil War. The fight started on July 1, 1863, and lasted for three days. It is also known as not only of the turning points of the Civil War but also of American history. After the smoke cleared and the battle was over, the Union side has won the victory. However, this victory did not come without the substantial loss of more than 50,000 Confederate and Union soldiers dead or dying. It is also recorded that around 5,000 horses perished in this battle.

While the Union soldiers and the majority of Confederate soldiers received proper burial, it did not stop the unsettled spirits from returning. For over a century, people who have visited and lived near the battle site and in the town of Gettysburg have reported ghostly stories. People have witnessed everything from seeing apparitions to hearing and smelling cannon fire. The battle site has been the subject of many paranormal investigations, including Travel Channel’s own Ghost Adventures. While some Gettysburg tourists don’t think of what they see, hear, or smell, other visitors, are incredibly touched by these events and carry it with them for a long time, if not the rest of their lives.

Cashtown Inn is the location where the first soldier was killed during the Gettysburg Campaign of the Civil War. Today, the owners of this location believe the Cashtown Inn is haunted, and possibly by this soldier. In fact, the owners, Jack Paladino and his wife, have proof of a ghostly visitor which is often at the Cashtown Inn. They not only have photographs which show skeletons but also have witnessed lights turning on and off. On top of this, Paladino says that their guests have reportedly heard strange noises and seen doors locking and unlocking themselves.

During day two of the Gettysburg battle, the Baladerry Inn served as the Union Field Hospital. The owner, Suzanne Lonky, has collected tons of records to prove the Inn is haunted by the ghost of the soldiers who lost their lives. Some of the information Lonky has collected is from her guests, who have not only spoken about their encounters but also snapped photographs. To further prove the existence of ghosts, a psychic went to the location. They psychic believed that much of the inn’s paranormal activity is from Confederate soldiers who were buried under a tennis court near the inn.

There are many ghostly tours visitors can take around Gettysburg. However, there is only one tour which will take you across the whole battlefield, and that is the ghost train tour. The ghost train tour is a 90-minute tour where visitors cannot only hear ghost stories, but many have reported their own. The tour guides and many tourists have mentioned seeing spirits wandering around the tracks and on the train. They have also noted a strong smell of cigar smoke on the train when no one is allowed to smoke.

Many residents of the small Pennsylvania town near the battlefield, along with tourists, talk about a foul odor along the streets of Gettysburg. Many people believe that this odor is the smell of death from the soldiers who died there long, long ago. The thousands of soldiers who died during the three-day battle laid on the grounds of the battlefield and the city’s streets while waiting for burial. Of course, they had to lay out in the July heat. This warmth made the smell so strong that for weeks after the battle, women had to wear handkerchiefs to cover their nose.

During the battle of Gettysburg, nothing was safe from being taken over by soldiers, including what is now known as Gettysburg College. In 1863, the college, then called Pennsylvania College, had a dormitory known as Pennsylvania Hall. This building, which still stands, was built in 1837 and became a look-out post and field hospital for Confederate soldiers. Many Confederates, General Lee included, stayed in the building which is often referred to as the Old Dorm to keep an eye on battle progress. Other soldiers came to the Old Dorm to recover, be operated on, or die.

Thousands of students and staff of the college have reported seeing ghostly soldiers walking around the Hall. However, the scariest story is from author Mark Nesbitt, who writes about two administrators. One night, these two staff members were heading home after working on the fourth floor. Getting in the elevator, they pushed the first-floor button. However, the elevator skipped the first floor and brought them straight to the basement. When the doors of the elevator opened, the administrators were given the fright of their lives.

Instead of opening to the basement they knew, they were brought back in time to 1863. In place of what they called the basement storage room was an operating room. The administrators saw blood spattered all over the walls and bodies all over the floor. They saw doctors with bloody clothes trying to help the soldiers. Even though the scene looked chaotic, the administrators did not hear a sound. Horrified, they frantically pushed the elevator button to the first floor. However, before the door closed, one of the spectral orderlies looked up at them, as if asking for help.

Located on the Gettysburg Battlefield, the George Weikert House has seen many owners since July 2, 1863. A focus during the second day of the battle, most previous owners speak of strange occurrences. One is from a park ranger, who nailed a door shut on the second floor to keep it from always opening. However, the door still opened even after being nailed shut. Other residents have reported hearing footsteps in the attic. They say it sounds like someone pacing back and forth. Of course, when the residents would head up to the attic to see who was up there, but no one was.

The Devil’s Den is believed to be one of the most haunted places in Gettysburg. Many think that part of the reason Devil’s Den is so haunted might be because it housed scary stories before Gettysburg. However, Devil’s Den connection with the Civil War starts on the second day of battle, July 2, 1863. Devil’s Den was located at the Union line’s far end. When the troops met, both sides not only had to battle the opposing party, but they had to fight mazes of boulders.

The ghostly tales about Devil’s Den began shortly after the battle ended. One of the earliest reports comes from hunters, who got lost in Devil’s Den. While they were trying to find their way out, one hunter looked up and noticed a dim figure of a man standing on top of some boulders. The hunter then saw the man was gesturing to a specific direction with his hand. The hunter then realized that was the way out. When the hunters turned around to thank the man for helping them, there was no one in sight.

Devil’s Den also has many new haunting tales. One is from a photographer who was taking pictures around Devil’s Den in the 1970s. As she was about to take some pictures, a dirty, hippy-type male with no shoes approached her. He pointed to a region and said she would want that area. The lady looked to see where he meant, but when she turned back to him, he had vanished. In fact, she couldn’t find a trace of him anywhere. The following month, a different photographer went up to a park ranger to show him a picture. In the photo was the man who fit the same barefoot, hippy description. The twist was when the photographer snapped the image, no one else was around.

Reports show that the most recent spotting of this hippy ghost occurred in 2010. Some people, including Mark Nesbitt who gives Gettysburg Candlelight walking tours, the spirit is a soldier from Texas. It is reported that many soldiers from Texas did not receive packages of clothing from home. This reality was mostly because, at the time, Texas was a remote frontier area. Due to this, most of the Confederate Texas Soldiers were seen as dirty and often lacked shoes. Whoever this shadowy figure once was, he does not seem to be leaving anytime soon.

Of course, this is not the only ghost that is said to haunt Devil’s Den. There is another one, who people refer to as the ghost rider. When people see this spirit, which often vanishes as quickly as it appears, sounds of gunfire and shouting from men are also heard. No one has been able to explain these sounds or the disappearing rider. On top of this, it only takes a quick Google search to learn that are dozens of photographs which show ghostly phenomenon on the grounds of Gettysburg battlefield and the town.

“The Ghosts Of Gettysburg: One Of America’s Most Haunted Places” American Haunting Sink.