Today in History: Thurgood Marshall is Nominated for the Supreme Court (1967) 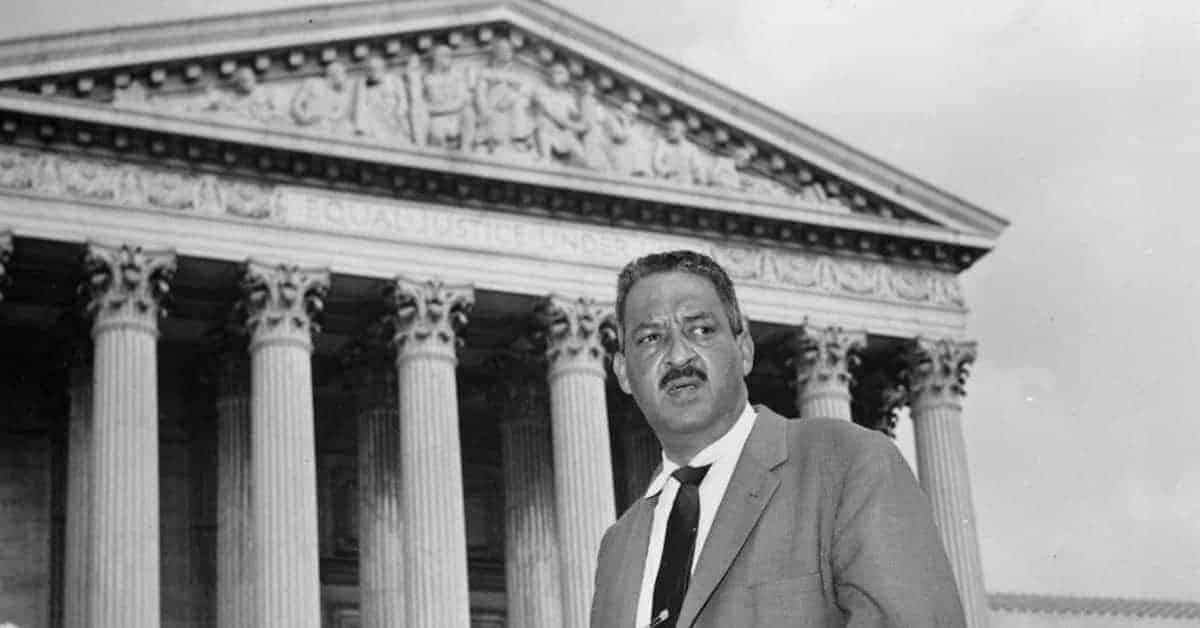 Today in History: Thurgood Marshall is Nominated for the Supreme Court (1967)

Thurgood Marshall was the first African-American to hold a seat on the United States Supreme Court. That is even more impressive when you consider that he took his seat in 1967 in the midst of the Civil Rights era.

On June 13, 1967, President Lyndon B. Johnson nominated Marshall for an Associate Justice position on the Supreme Court. Johnson said at the time that the nomination was “the right thing to do, the right time to do it, the right man and the right place.”

Thurgood Marshall’s legal career began as a defence lawyer for the National Association for the Advancement of Colored People (NAACP) in the 1930s. Throughout his career as a defense attorney, Marshall argued several Civil Rights cases before the United States Supreme Court, including one of the most famous Supreme Court cases ever, Brown v. Board of Education in 1954. He had a very good record in front of the Supreme Court, having won at least six different cases that he argued in front of them.

While on the court, Marshall compiled a record of supporting protection under the Constitution for individual rights, especially the rights of alleged criminals against the government. He was fervently against the death penalty, and voted against the Constitutionality of capital punishment several times while he sat on the bench.

In 1987, when the Constitution turned 200 years old, he gave one of his most controversial speeches ever when he stated “The government they [the signers of the constitution] devised was defective from the start, requiring several amendments, a civil war, and major social transformations to attain the system of constitutional government and its respect for the freedoms and individual rights, we hold as fundamental today…Some may more quietly commemorate the suffering, struggle, and sacrifice that has triumphed over much of what was wrong with the original document, and observe the anniversary with hopes not realized and promises not fulfilled. I plan to celebrate the bicentennial of the Constitution as a living document, including the Bill of Rights and the other amendments protecting individual freedoms and human rights.”

Marshall, is of course, most remembered for his jurisprudence in Civil Rights cases, but he also sat on the bench for other important decisions that still play a role in shaping the law of the land today. They include Teamsters v Terry which held that a worker has the ability to sue a union for under-representation; Cottage Savings Association v. Commissioner of Internal Revenue, which was an important case during the savings and Loan crisis; and a dissenting opinion in the case of Personnel Administrator MA v Feeney where he said that a law that saw veterans given preferential hiring treatment was unconstitutional because of an inequitable impact on women.

Marshall served on the Supreme Court until 1991 when he retired due to declining health. He died in January of 1993. His impact on the court was great, and his legacy has seen many more minority nominees to the Supreme Court over the last fifty years.