Photographs of the Unsung Heroes of World War II 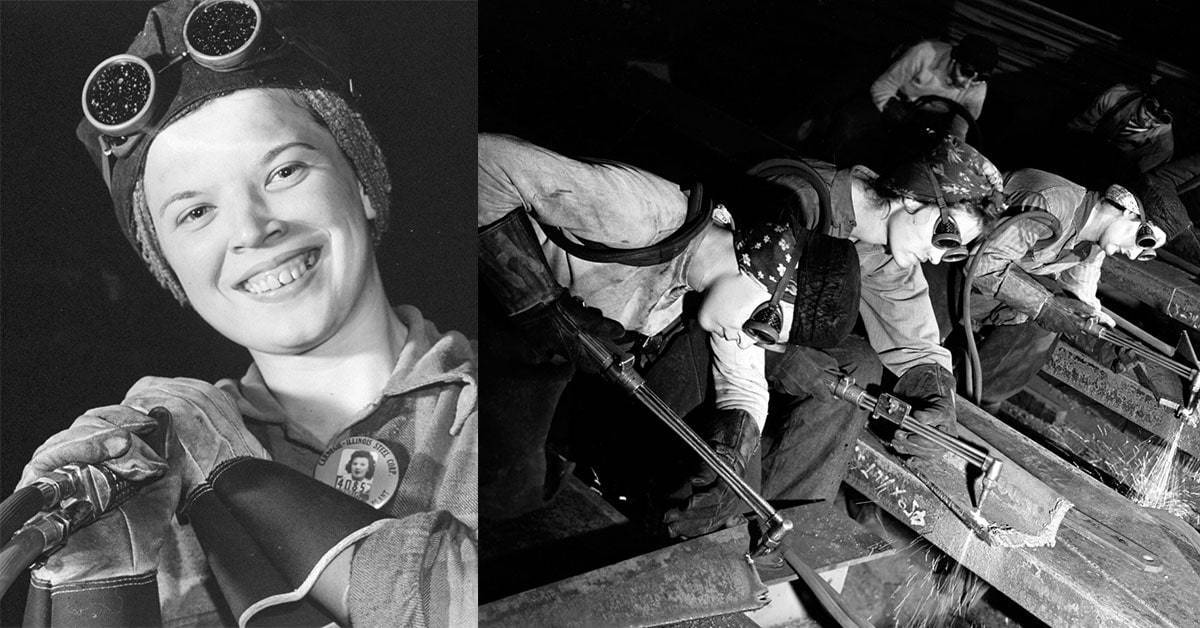 Photographs of the Unsung Heroes of World War II

American women in World War II became involved in many tasks outside of the domestic sphere that they rarely had before. The global conflict and the urgency of mobilizing the entire population made the expansion of the role of women inevitable and crucial.

Women worked in the war industries building ships, aircrafts, vehicles, and weaponry, and munitions. Women also worked in factories, farms, drove trucks, provided logistic support for soldiers, and entered professional fields that before had been ubiquitously male-dominated. Women also enlisted as nurses and served on the front lines.

The Women Airforce Service Pilots (WASP) were civilians who flew stateside missions to transport planes. These women were the first to fly American military aircrafts. There were over 1,000 trained WASP pilots who flew from 126 bases in the United States and carried 50% of the combat aircrafts during the war. 38 of these brave women died in service.