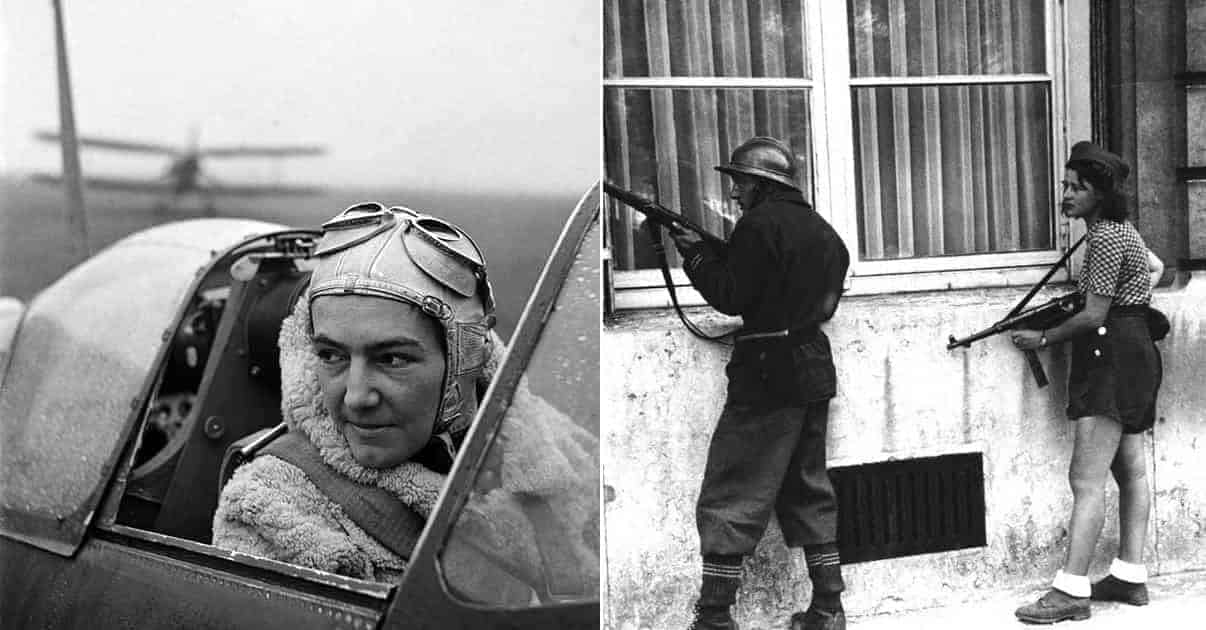 During World War II, women were forced to burden a variety of responsibilities for their countries.

During the war, several hundred thousand women served in combat roles. Women were especially prevalent in anti-aircraft units. The U.S., however, had decided not to use women in combat roles because of social perception and stigma but 400,000 served in non-combat roles. By the end of the war, 160,000 American women were killed by enemy fire

Women fought in the resistance movements of France, Italy, and Poland.

After the war ended and millions of men returned home, women were fired and forced out of the independent lives they had lived for years and back into the domestic sphere. The roles that women held in World War II catalyzed the Second-Wave Feminist movement that started in the early 1960s. These heroes had proved that they could do anything and wanted the opportunity to do it.