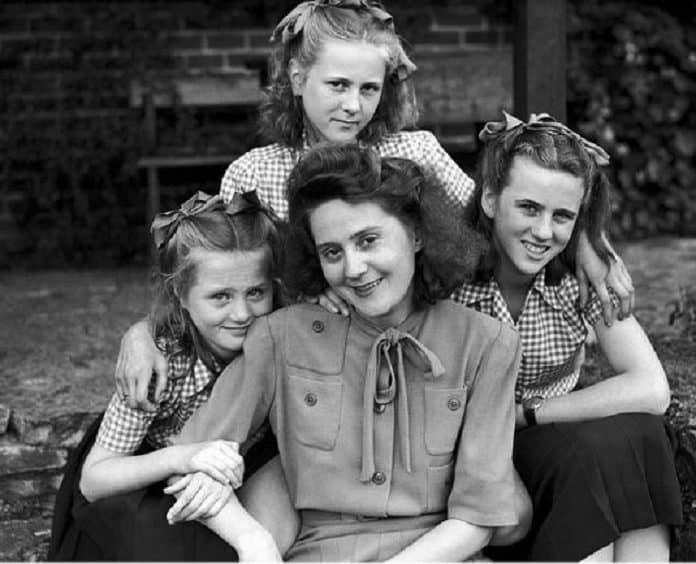 In 1942, Odette Sansom, a housewife and mother of three from Somerset, heard a broadcast from the Admiralty appealing for photographs of the French coast. Having grown up in northern France, Odette had some photos, but sent them to the wrong address: the War Office, instead of the Admiralty. She attracted the attention of the Special Operations Executive (SOE), a clandestine organization ordered by Winston Churchill to “set Europe ablaze!“, and was swiftly recruited. Within a few months, she was inserted into occupied France, as a member of an SOE cell. What followed were harrowing adventures, narrow escapes, romance, capture, torture by the Gestapo, and stints in concentration camps. When the war was over and the dust had settled, Odette Sansom would emerge as World War II’s most highly decorated spy – male or female.

20. She Had Patriotism Instilled Into Her Since Early Childhood

Odette Sansom Hallowes (1912 – 1995) was born in Amiens, France, to a bank manager who left his job when World War I broke out to join an infantry regiment on the Western Front. A courageous and brave soldier, Odette’s father, Gaston Brailly, was promoted to sergeant, and earned the Croix de Guerre and the Medaille Militaire. Unfortunately, he got killed just a few days before war’s end in 1918, when he tried to rescue two of his wounded soldiers from no-man’s land, only for all three to die when a mortar shell exploded directly atop them.

Sergeant Brailly left behind two young children – a son, Louis, and Odette. Growing up, Odette’s paternal grandparents would take her and her brother every Sunday afternoon to place flowers on their father’s grave. Her grandfather often told the two children: “In twenty or twenty five years’ time, there is going to be another war. And it will be your duty, both of you, to do as well as your father did“. She never forgot.