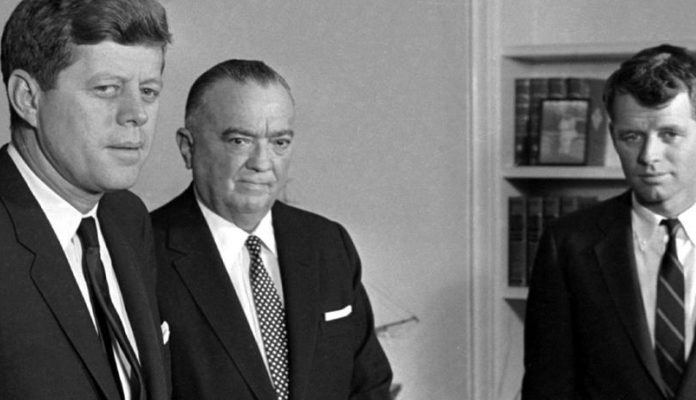 They have long been the subject of myth and mystery. Why he collected them and what his purpose was have both been the subject of intense speculation. There is no doubt that J. Edgar Hoover used his office and the prodigious capabilities of the Federal Bureau of Investigation to assemble dossiers which went far beyond his mandate to protect the American people, and that he used them for his personal advantage. That his actions were an abuse of power and in many cases a violation of civil rights is well established. But the true extent of the files he collected, and the number of times he used them to his advantage remains unknown. In many cases, he merely had to threaten to use them, or even simply hint at their existence, to make his adversaries quail in fear and crumble in defeat. Whether they made him the most powerful non-elected official in American history remains a matter of speculation.

The files are not the official FBI investigation files kept on hundreds upon hundreds of people for reasons of national security, no matter how harmless the individual being tracked by the FBI may appear. These were files of a more personal nature, allegedly kept under Hoover’s personal control, and what happened to many of them after his death is still, to some, a mystery. Some have accused Hoover of using the files as a means of political or personal blackmail. Others maintain he kept the records because he was a patriot of the highest possible order. Hoover was long speculated to be a closeted homosexual, others believed him to be asexual, still others believe that he was heterosexual but disinclined to enter into relationships. After his death it was revealed that he personally possessed one of the largest collections of pornography in the world, collected by his agents while investigating others, for whatever reason. He kept the collection while protecting American morals from amoral pornographers.

Here are some of the mysteries about and from the secret files of J. Edgar Hoover

1. Destruction of his personal files became a priority upon his death in 1972

J. Edgar Hoover died at his home on the night of May 1-2, 1972; his body discovered the next morning by his chauffeur. Within minutes, his longtime companion, Clyde Tolson, was informed of the FBI director’s death, and the order to destroy his personal files was received by Helen Gandy, his personal secretary for over 54 years. In truth, Gandy had been in the process of categorizing and destroying Hoover’s personal files for weeks, if not months, and the death of the director added a sense of urgency to the process. The morning of Hoover’s death, FBI officials led by L. Patrick Gray – named by President Nixon to succeed Hoover – attempted to take control of the files, an effort which had already been subverted by Gandy. Gray, either deliberately or accidentally, aided in the personal files being removed by sealing Hoover’s private office, as he had been directed by the President of the United States. But Hoover’s personal files had not been stored in his inner sanctum.

While Hoover’s office sat under official seal, the outer office, where the files had been stored and maintained by Gandy, remained under her control and unsupervised access. Nixon was informed that Hoover’s office and files were sealed, while Gandy went about the task of ensuring that the most damaging of Hoover’s personal collection of files was removed, according to some. By May 4th, Gandy had turned over several boxes of files, which contained information personally damaging to different individuals, to Mark Felt (later revealed to be the fabled Deep Throat of Watergate). These were wrongly assumed by many to be Hoover’s personal files. In fact, they were not, and the files Hoover had assembled over so many years with exacting diligence remained under the supervision of Gandy. Their presence suspected by many, but with the diversion provided by the documents handed over to Felt, they were not strictly pursued.