Dwight D. Eisenhower – A Glance At The Life Of One Of America’s Greatest Presidents! 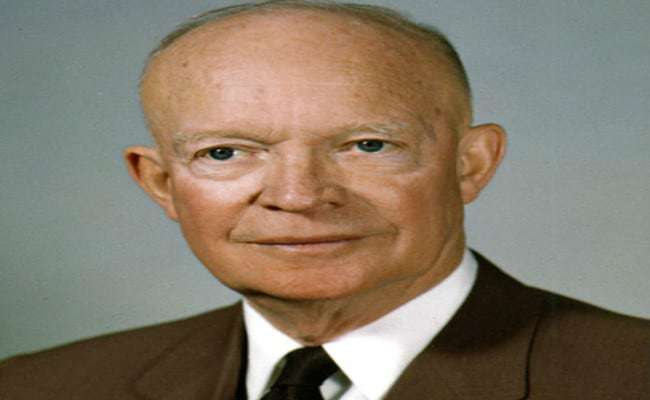 Dwight D. Eisenhower – A Glance At The Life Of One Of America’s Greatest Presidents!

Dwight D. Eisenhower was the Supreme Commander of the Allied Forces in Western Europe, during the Second World War. He was the man leading the massive invasion of Europe, which was occupied by Nazi forces. Eisenhower had been in command of the NATO forces in Europe in 1952, which was when the Republican Party convinced him to enter the race for President. He duly obliged and managed to win with a landslide victory over Adlai Stevenson, and then served two terms in the White House.

He is widely regarded by many as one of America’s greatest presidents and managed to oversee the tensions with the Soviet Union during the Cold War-era when the threat of nuclear weapons was at its height. He also ended the Korean War in 1953 and sanctioned a whole host of covert anti-communist operations managed by the CIA all over the world. His tenure on the home front was largely prosperous, and he was responsible for strengthening Social Security and helped create the huge new Interstate Highway System.

The early life and military career of Eisenhower 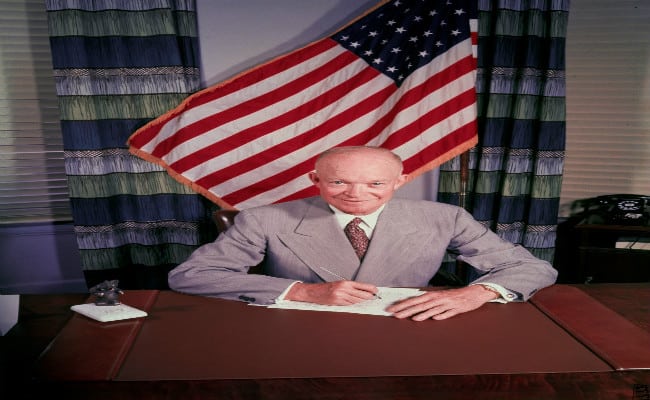 Dwight David Eisenhower was born on 14th October 1890 in Denison, Texas, and was the 3rd of seven sons in a poor family. His early childhood was spent in Abilene, Kansas, and young â€˜Ike’ (his nickname) joined the U.S. Military Academy at West Point New York, against the wishes of his mother. He would graduate in 1915 in the middle of his class, and was then sanctioned as the 2nd lieutenant in San Antonio, Texas, where he would go on to meet with his future wife, Mamie Geneva Doud. He married her in 1916, and they had two sons, Doud Dwight (who died from scarlet fever in infancy) and John.

In July 1945, General Eisenhower was amongst the people who actually opposed dropping the atomic bomb on Hiroshima and Nagasaki. He believed that the Japanese were about to surrender, and dropping the nuclear bombs on their cities would actually harm the reputation of the United States in the international community, just when their reputation was at its highest.

Eisenhower was incredibly frustrated, when World War I ended, just as he was about to be scheduled to travel to Europe. However, he was then appointed to the Command and General Staff College at Fort Leavenworth, Kansas, from where he would graduate 1st in his class of 245 students. He would then serve as a military aide for General John J. Pershing, who was the commander of the U.S. forces during World War I, and then served for seven years under General Douglas MacArthur, who was U.S. Army Chief of Staff. 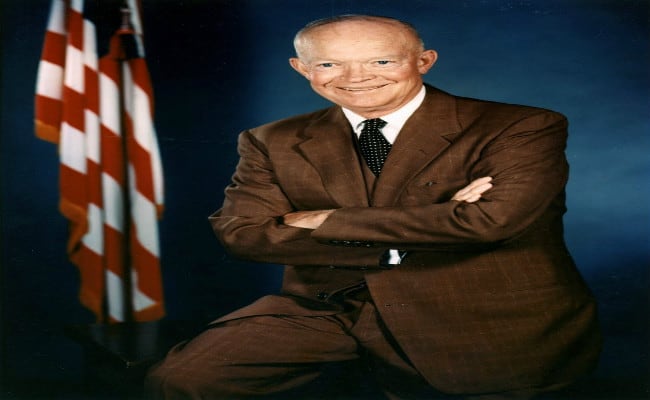 Eisenhower had been highly disappointed at the end of World War I, since he was just about to be sent to Europe, but he would get his chance again, when World War II broke out. Nazi Germany invaded Poland, which sparked the war, and he managed to get his first general’s star in September 1941, which also saw him being promoted from brigadier to general. He was assigned the role of planning covert operations after the Japanese attacked Pearl Harbor, by the then U.S. Army Chief of Staff, and he also led Operation Torch in November 1942.

It was a successful invasion of North Africa by the Allied Forces, and he was then directed to invade Sicily as Italy and Dwight oversaw the fall of Rome. He was promoted to the role of full General in 1943 and was also appointed to the position of Supreme Commander of the Allied Expeditionary Force in that same year. He was charged with spearheading the Allied invasion of Europe, and on D-Day, he led more than 150,000 Allied Forces across the English Channel to launch an all-out assault on the beaches of Normandy. This invasion resulted in the liberation of Paris and ultimately managed to turn the tide of War in Nazi-occupied Europe towards the Allies.

There is little doubt about the fact that Eisenhower earned his stripes in World War II and it was no surprise that he received a hero’s welcome in 1945 when he came back victorious to assume his position as chief of staff of the United States Army.

Ike in the White House

Eisenhower retired from active duty in 1948, when he decided to become the President of Columbia University in New York City. However, this ended in 1950, as President Harry S. Truman requested that he command the North Atlantic Treaty Organization (NATO) forces in Europe again. Eisenhower had to accept and worked to ensure that a unified military organization would be able to combat any communist aggression all around the world.

By 1952, President Truman’s popularity was waning, which was largely in part due to the Korean War, and many Republicans persuaded Eisenhower to run for President. He didn’t get the results that he wanted in the primary elections, so Ike decided to resign from his position in the Army and went back to his NATO base, which was in Paris. He managed to win the Republican Party’s national convention a month later, along with the nomination, and his slogan was “I Like Ike”. He chose Senator Richard M. Nixon from California to be his running mate, and promptly managed to defeat the Democratic candidate to become the 34th president of the United States. 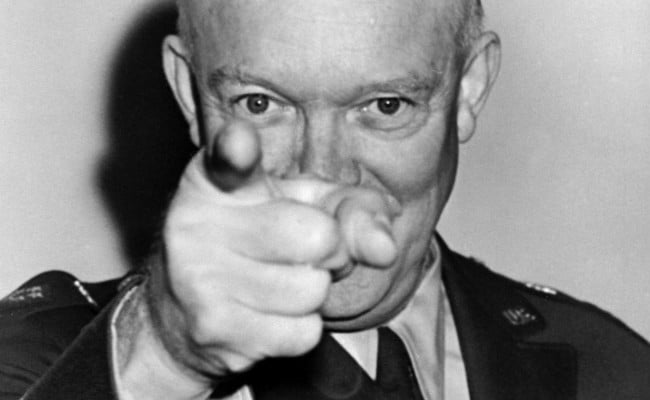 Just after coming into office as President of the United States, Eisenhower first ended the Korean War, and then decided that he would no longer send any armed forces throughout his presidency. He would, however, authorize defense spending, and even gave permission to the CIA (Central Intelligence Agency) to carry out covert operations in order to overthrow communism all over the world.

Two of these covert operations would result in overthrowing the governments of Iran (1953) and Guatemala (1954). Eisenhower would also actively seek to improve U.S. relations with the Soviets during the Cold War, especially after Joseph Stalin died in 1953. He also met with world leaders from Russia, France, and Britain in Geneva, Switzerland, to discuss an â€˜open skies’ policy, which would allow the U.S. and the USSR to conduct inspections on each other’s spy programs. Not surprisingly this proposal was rejected by the USSR, even though the rest of the world approved the proposal. However, Eisenhower was successful in creating SEATO, which was the Southeast Asia Treaty Organization to stop communist expansion in Asia.

His Legacy and Post-Presidential life

Throughout his presidency relations with the Soviet Union remained cordial, even though there were some extremely tense and nervous moments when the Soviets shot a U.S. U-2 reconnaissance plane. However, when he left office in 1960, he was leaving America in a great position, both domestically and internationally as well.

He mainly enjoyed high approval ratings throughout his tenure in the White House, and after stepping down from the post of President in 1961, he retired to a farm in Gettysburg, Pennsylvania. There he worked on his memoirs, and would go on to publish several books. He passed away after a long illness on 28th March 1969.