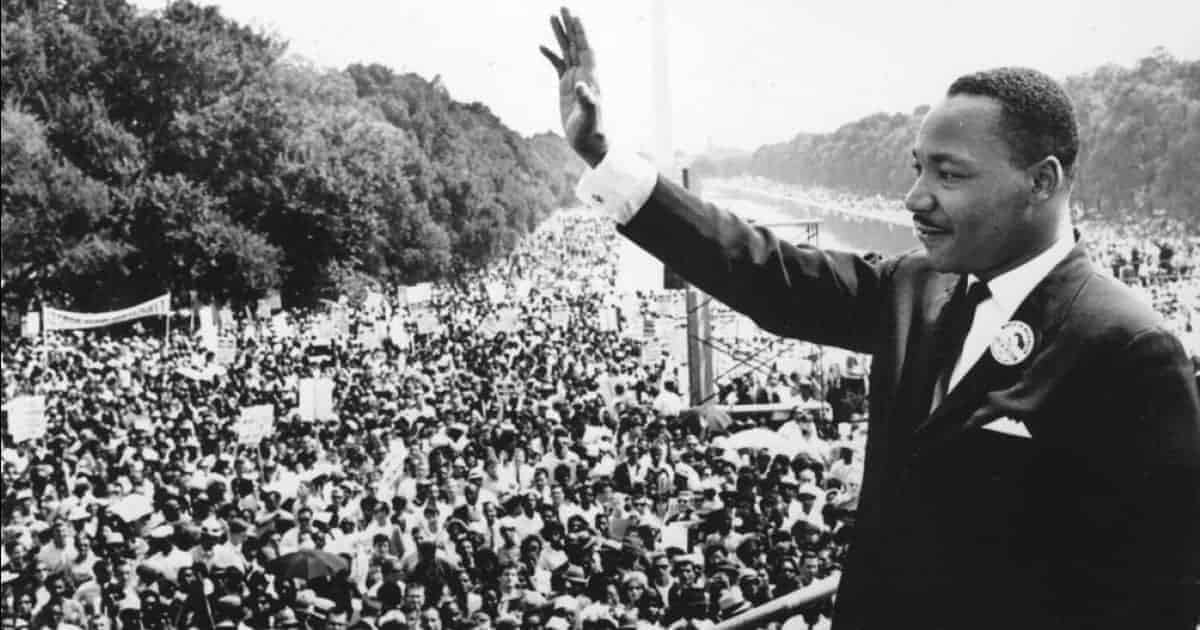 Over 600 documents were recently released from the archives of the FBI, shedding some light on the investigation into the assassination of President John F. Kennedy. But while the documents didn’t do much to end the debate about who really shot JFK, they did hold some disturbing information about another historical figure: Dr. Martin Luther King Jr. The documents were dated March 12, 1968, and were part of a broader investigation by the FBI into the famous Civil Rights icon. Inside were a series of allegations about Dr. King’s sex life, covering everything from numerous affairs to illegitimate children and even reports that Dr. King hosted orgies.

While Martin Luther King Jr. was a huge part of the fight for equal rights, there have long been rumors that his personal conduct was a bit less righteous. Several biographies have detailed King’s attachments to women other than his wife. By most accounts, King struggled with temptation and had a weakness for women. King’s wife, Coretta, seems to have taken these affairs in stride, saying, “all that other business just doesn’t have a place in the very high-level relationship we enjoyed.” But that didn’t stop the FBI from using the affairs to try to drive King to suicide.

On November 21, 1964, Coretta Scott King received a mysterious package in the mail. Inside was a letter and a tape recording. The letter claimed that the recording was a tape of Martin Luther King having sex with another woman. And the letter made it clear that if King didn’t stop advocating for civil rights, the tape would find its way to the press. “You are done. King, there is only one thing left for you to do. You know what it is. You have just 34 days in which to do.”

As King interpreted the warning, the “one thing” the letter suggested he had left to do was to take his own life. And the most disturbing part was that the letter was almost certainly from the FBI. Of course, if you’re wondering how the FBI got a tape of King’s affair, there’s an alarming explanation. The FBI had been monitoring King’s activities for years. The head of the FBI, J. Edgar Hoover, was convinced that King posed a threat to the stability of American society. And he was determined to find evidence that would allow the FBI to discredit King as either a communist agent or a sexual deviant.

So, Hoover ordered his agents to tap King’s phones and bug the places he stayed. They also interviewed people who knew King in the hopes that some of them might have some compromising information. The information that the FBI agents collected was forwarded to Hoover and to the President, Lyndon Johnson. Though Johnson often liked to associate himself with King, he too had a low personal opinion of the reverend. He once referred to King as a “hypocritical preacher,” likely based on the information that the FBI uncovered. After all, a great deal of the shocking accounts the FBI claimed to have uncovered went far beyond adultery…

According to the FBI, King’s sexual activities even led to the birth of a child. As the documents state, “It was learned in February 1968, from a very responsible Los Angeles individual in a position to know, that King has been having an illicit love affair with the wife of a prominent [African American] dentist in Los Angeles, California, since 1962. He believes King fathered a baby girl born to this woman inasmuch as her husband is allegedly sterile. The child resembles King to a great degree and King contributes to the support of this child. He calls this woman every Wednesday and frequently meets her in various cities throughout the country.”

If the information in the documents is accurate, it means that we have to reimagine Dr. King completely. Of course, those kinds of accusations usually require some substantial evidence. And for the most part, these documents seem to be based on hearsay from unnamed sources. Essentially, they aren’t the kind of allegations that would hold up in court. But at the same time, we do know that King probably had at least a few emotional or possibly sexual connections to women besides his wife. So, is there actually any truth to these accusations?

When you’re trying to decide if an accusation is true, it’s often a good idea to ask who they came from. In the case of these allegations, the source is the FBI. And of course, the FBI had a motive to find incriminating information about King. They wanted to discredit him and the movement he was associated with. And since they did try to blackmail him into suicide, it seems like they didn’t really care how they did it. So, they obviously had a motive to embellish or make up these kinds of episodes. And of course, their sources for the rumors are very vague.

Part of the reason the FBI was so set on getting rid of King was that they thought he was a communist at a time when communism was seen as the greatest threat to the country. And the documents allege that King was closely tied to communist organizations. But we know now that those ties were made up completely. King himself was no fan of communist regimes. And he made efforts to say so publically but found that his advisors feared alienating supporters who might be communists. “There are things I wanted to say renouncing communism in theory, King said, “but they would not go along with it.”

More importantly, as far as the Government was concerned, King was a vocal opponent of the Vietnam War. Lyndon Johnson’s administration was already concerned that the war was becoming unpopular, largely because it was, and they saw anyone who spoke out publically against it as a potential threat to the war effort. And anyone, like King, who spoke out against it was branded a communist. After all, why would anyone speak out against the war unless they were an ally of the communist North Vietnamese government? So, it didn’t take much to convince Hoover and the FBI that King was a communist. And Hoover put a lot of pressure on his agents to uncover proof of that.

If you take the FBI documents at face value, you’d assume King was a staunch supporter of communism, which he absolutely was not. And if that allegation in the documents is false, it changes the tone of the whole report. It makes it seem less like an objective effort to collect facts and more like an effort to discredit King with any rumor they could find. Ultimately, that’s probably all the report is, a collection of rumors meant to make King look bad.

That’s not to say that King didn’t have personal issues with sexual affairs. Many of King’s friends and associates have stated over the years that they knew he sometimes had emotional and possibly sexual attachments to women. Like all men, King wasn’t perfect. And like anyone, he made mistakes and did things that might challenge the image of him that has been built up over the years. But the more disturbing allegations in the documents are almost definitely exaggerated or even outright lies. And King’s personal issues don’t take away from his legacy as a champion of equality.