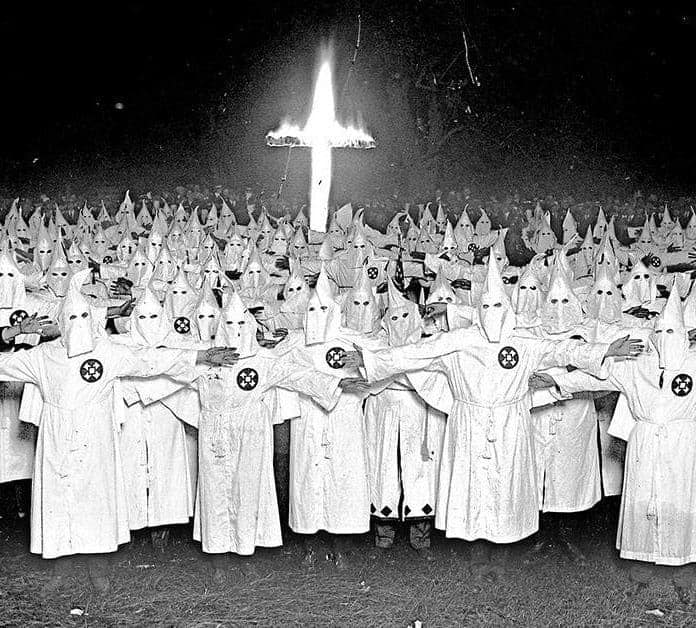 Three different iterations of the organization called the Ku Klux Klan have emerged on the American landscape. Twice the group faded into near nothingness. Today’s version evolved after the Second World War, largely in opposition to the civil rights movements of the 1950s and 1960s. Less rooted in the terroristic costumes of its predecessors, the Klan of today is still regarded as a hate group and despite claiming a Christian heritage it has been condemned by virtually every Christian denomination.

Earlier versions of the Klan claimed a greater influence politically and socially than today’s, particularly in the South and Appalachia. Many politicians needed and sought Klan support. Unlike the first version, which opposed civil rights for newly freed blacks during reconstruction, the second stood largely in opposition to the rising political influence of Catholics and Jews in American life. Catholics, represented by increasing numbers of Italian and Irish immigrants, were of particular concern to Midwestern and Southern Protestants, who feared loyalty to Rome would replace American Christian values.

This message of racial and ethnic purity grew at the same time and was reflective of similar movements in central Europe during the first half of the 20th century. Both the second and third iterations of the Klan espoused views of nativism, a view which is reflected in 21st century America First movements.

Because of its influence in the South, Mid-West, and Appalachia, many American political and social leaders were required to acknowledge the existence of the Klan as a political entity and some leading American citizens were members, or welcomed Klan support. Here are some such leaders, and some who may not have been in the Klan despite common belief to the contrary.

Confederate General Nathan Bedford Forrest was a legendary Cavalryman. Although often called the founder of the Ku Klux Klan, his association with the Klan was short and less involved than previously believed.

When the first Ku Klux Klan was formed in Pulaski, Tennessee following the Civil War Nathan Bedford Forrest was an early joiner, at the invitation of another former Confederate general, George Gordon. Forrest was sworn in as a member in Nashville’s Maxwell House Hotel, although historical evidence that he served as the first Grand Wizard of the Klan is thin. One reason for such speculation is that Forrest’s nickname during the war was “Wizard of the Saddle”, encouraging former southern troops who joined the Klan to refer to their leader in the familiar old terms as a “Grand Wizard”.

Just two years later Forrest was denying his membership in the Klan, or any formal association with it, to a Cincinnati newspaper. Orders issued from the Klan’s leadership were attributed to the Grand Wizard by title, rather than Forrest by name, allowing him deniability. By 1874 Forrest was calling for the abolition of the Klan and the elimination of those who attempted to terrorize blacks in the South, supporting an act to “…exterminate those men responsible…”

To his detractors, Forrest’s membership in and leadership of the Klan is undeniable, cementing his reputation as a genocidal racist. Forrest’s war record was one of a brutal enemy who treated prisoners harshly, if and when he allowed them to be taken. But evidence of his activities directing, or even participating, in Klan activities post 1866 is almost entirely anecdotal, and significant evidence exists to support his assertions that he was not an active member.