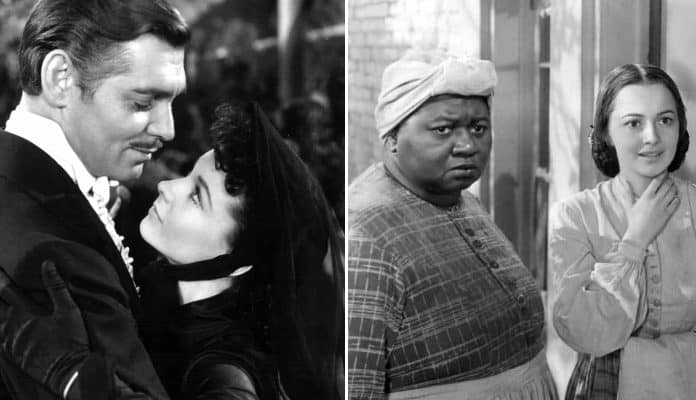 It is widely believed that when Brutus struck his friend, the dying Julius Caesar, the latter uttered the words, “Et tu, Brute?”. Neither the works of Suetonius nor Plutarch record Caesar as saying anything, though Shakespeare based his play Julius Caesar on their histories. Nor did Brutus’s contemporaries record him replying, “sic semper tyrannis” (Thus always to tyrants). Yet both Latin phrases have been handed down through history, accepted as historical fact. They are examples of dramatic license which have become, through repetition, a part of the historical record. Shakespeare’s Julius Caesar is an example of how for centuries, the entertainment industry has distorted history.

Plays and operas, novels and short stories, motion pictures and television programs, have all distorted the public perception of history. Sometimes the distortions were incidental to the presentation of the story, some were described as being “based” on history, and sometimes they were created out of whole cloth to advance a specific agenda. During wartime they were created to promote patriotism. During peacetime they were used to both entertain and to shape public opinion. Sometimes historical events were distorted simply to promote a story or a character within for dramatic effect, but powerfully resonated with the audience and became accepted as fact. Here are some examples of entertainment distorting the historical record.

1. The Wars of the Roses is a name derived from Shakespeare

The series of civil wars between the House of Lancaster and York, which led to the rise of the House of Tudor in England gained the appellation of the War (or Wars) of the Roses in the early 19th century. It became a popular belief that supporters of the Lancaster’s wore the symbol of a red rose to signify their allegiance; Yorkists were identified by a white rose. In reality, those in livery supporting the Lancasters, and later the Tudors, wore the symbol of a red dragon, with those supporting the Yorks identified by wearing the symbol of a white boar, the personal device of Richard III. In 1829, the novel, Anne of Geierstein, by Sir Walter Scott, popularized the differently colored roses as the symbols of the conflict.

Scott drew his inspiration from Shakespeare, who addressed the conflicts in several of his historical dramas. Specifically, Sir Walter used a scene from I Henry VI (Act II, Scene IV). In the scene, which was the product of the Bard’s imagination, a group of nobles meeting in the Temple Church gardens picked roses of red or white to signify their loyalties. The play covers many of the events which led to the armed conflicts, a critical event of British history. The fictional scene with the roses created by Shakespeare led to Scott so designating the three-decade period. It does though, have a better ring to it than the War of the Red Dragon and White Boar.