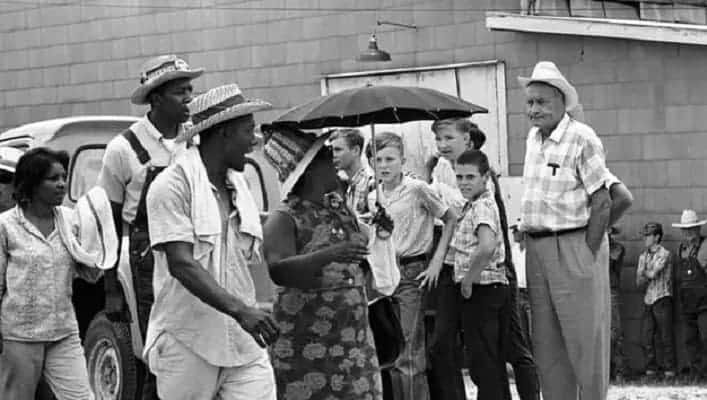 History Battle of Black Race for Liberty and Justice

The black squadrons flew 1578 combat missions, including 179 bomber escort missions, and put up some pretty good stats while they were at it. They lost bombers on only seven missions, for a total of 27 airplanes, compared to an average loss of 46 bombers for other Fifteenth Air Force P-51 fighter groups. They shot down 112 enemy airplanes, destroyed another 150 on the ground, and damaged 148 more. On the ground, they destroyed 600 rail cars, plus 350 trucks and motor vehicles. They also destroyed 40 boats and barges, plus a German torpedo boat.

Collectively, the Tuskegee Airmen earned three Distinguished Unit Citations. The first went to the 99th Pursuit Squadron for its performance during the aerial assault on Pantelleria in June of 1943. The 99th earned another DUC in May of 1944, for actions at Monte Cassino. The third Distinguished Unit Citation went to the 332nd Fighter Group (including the 99th Pursuit Squadron plus two other black squadrons, the 100th and 301st) for action over Berlin in March of 1945.

5. A Rich Haul of Medals, and a High Price in Blood

The Tuskegee Airmen turned out to be some of the best fighter pilots in the US Army Air Forces, putting the lie to the predictions that blacks were unsuited to fly combat. During the conflict, Tuskegee Airmen earned 96 Distinguished Flying Crosses, a Silver Star, 14 Bronze Stars, 744 Air Medals, and 8 Purple Hearts.

Their accomplishments came at a price. Nearly a thousand pilots were trained at Tuskegee, of whom 355 were deployed overseas. 68 of them were killed in combat or accidents related thereto. Another 12 were killed in training and on non-combat missions, and 32 were taken as prisoners of war.

4. The Legacy of the Tuskegee Airmen

The numbers might have spoken for themselves, but predictably, they did little to silence racists who continued to attack America’s black aviators. Nonetheless, after the US military was finally desegregated in 1948, the veteran black pilots blossomed in the newly formed United States Air Force, and found themselves in high demand.

Medgar Wiley Evers (1925 – 1963) was a native of Decatur, Mississippi, who grew up and attended school in the days of Jim Crow. Racist laws required him to walk 12 miles every day to a dilapidated segregated school for blacks, rather than the better-funded school closer to his home that was reserved for white students.

After graduating high school, Evers was inducted into the US Army in 1943 and sent to the European Theater of Operations. There, he fought in the Normandy Campaign, and served throughout the remainder of the war in France and Germany, before being honorably discharged at the war’s end as a sergeant.

2. Fighting For Freedom Overseas, While Deprived of Freedom at Home

Despite risking his life to free others from a racist tyranny overseas, Medgar Evers returned after war’s end to a racial tyranny at home that denied him basic freedom and equality because of the color of his skin. He became a civil rights activist, and protested the racism of his era and area by organizing demonstrations and drawing attention to the grave injustices stemming from Jim Crow laws.

He also organized boycotts of companies that practiced discrimination, sought to end segregation in public places, and strove to integrate state-funded schools. He applied to the segregated University of Mississippi Law School in 1954, and when his application was rejected, he fought in the courts. His case contributed to the Supreme Court’s Brown v. Board of Education decision outlawing segregation in public schools that year. He would go on to play an instrumental role in desegregating Mississippi’s public schools.

Medgar Evers worked to overcome the disenfranchisement of blacks in Mississippi by organizing voter registration drives. He also organized boycotts, such as that of gas stations that denied blacks the use of their restrooms. Protesting injustice and rocking the boat has seldom been popular, and in late May, 1963, a Molotov cocktail was thrown into Evers’ garage. A week later, somebody tried to run him over as he left the NAACP office in Jackson, Mississippi. A week after, on June 12th, 1963, Evers was shot to death on his driveway by a KKK member.

As a World War II veteran, Evers was buried with military honors in Arlington National Cemetery, but he was not honored by the justice system. Despite the Klansman’s fingerprints on the murder weapon, and notwithstanding that he had publicly boasted of the murder, all-white juries twice deadlocked in 1964 and failed to reach a verdict. Evers’ killer remained free until 1994, when a third trial, this time before a racially mixed jury, finally secured a murder conviction.

Black Past – Deacons For Defense and Justice

Cobb, Charles E. – This Nonviolent Stuff’ll Get You Killed: How Guns Made the Civil Rights Movement Possible (2015)

Horne, Gerald – The Counter Revolution of 1776: Slave Resistance and the Origins of the United States of America (2014)

Journal of Military History, 63, July 2003 – Jim Crow and Uncle Sam: The Tuskegee Flying Units and the US Army Air Forces in Europe in World War II