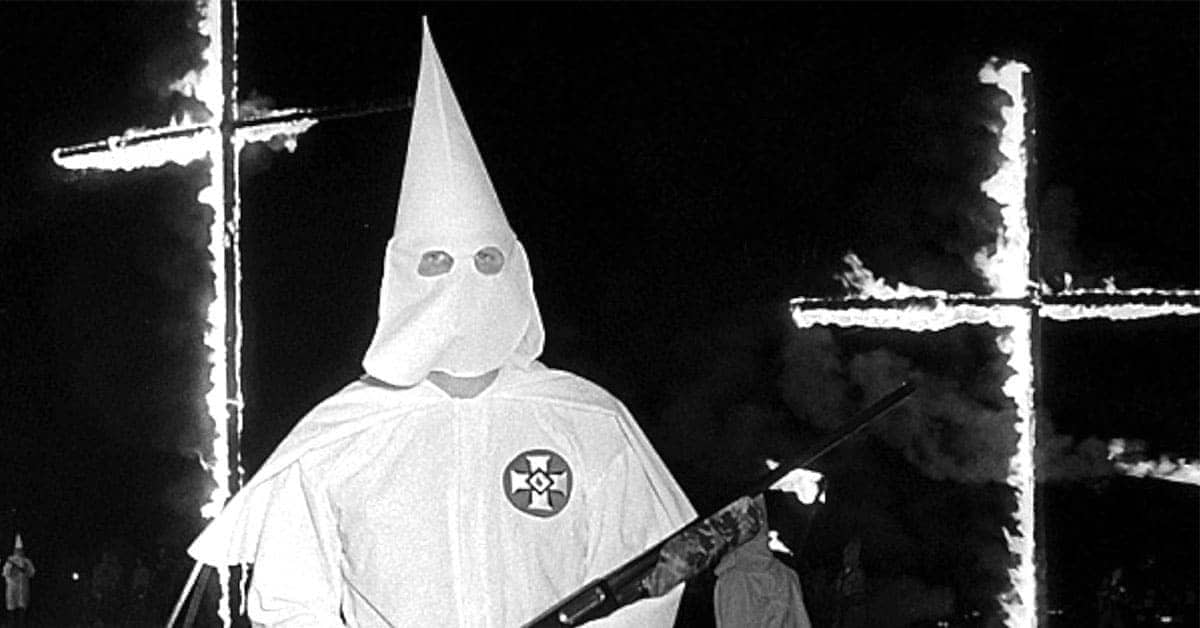 The film Mississippi Burning is loosely based on the murders of Andrew Goodman, Michael Schwerner and James Chaney in Neshoba County, Mississippi in June 1964. The three men were abducted and murdered during the height of the Civil Rights Movement and the shocking crime resulted in one of the FBI’s biggest ever investigations. The men, who had been the target of Klan violence a week earlier, disappeared on June 21, 1964, after working to register black voters. After a massive search which garnered national attention, their bodies were found 44 days later. Only one man was ever convicted of the murders, and at the time of writing, it is a cold case.

June 1964 was the start of Freedom Summer, a three-month initiative to register black voters in the South. The Ku Klux Klan was intent on removing the ‘threat’ of freedom activists and was prepared to resort to murder if necessary as it had done in the past. The Klan in Mississippi were especially keen to ‘deal with’ Michael Schwerner, a 24-year old from New York who was the first civil rights activist based outside the state’s capital, Jackson. Schwerner was hated by the Klan; mainly because he organized a black boycott of businesses owned by whites. He was also one of the most aggressive activists in terms of getting black people in Meridian to vote.

Sam Bowers was the Imperial Wizard of the Klan’s White Knights in Mississippi and in May 1964, he sent word to his fellow KKK members that it was time to initiate ‘Plan 4′; the plot to kill Schwerner. The Klan tried to kill the activist on June 16, 1964, when they arrived at Mount Zion Church in Longdale and expected Schwerner to be present. However, when 30 men arrived with shotguns and rifles, they were angry to discover that their prey was not amongst the 10 people leaving the church. They started to beat the black people that emerged from the church and set the building on fire.

Schwerner and James Chaney were in Oxford, Ohio when they heard about the beatings and the fire. Andrew Goodman was at the same recruitment program, so he joined the other two activists, and the trio made their way to Meridian. They stayed there overnight and journeyed to Longdale the following day to investigate the ruins of the church.

Longdale in Neshoba County was a notoriously dangerous place for Civil Rights activists as Sheriff Lawrence Rainey, and Deputy Sheriff Cecil Price were both Klan members. While it was not widely known outside their circle that both men were in the Klan, they both earned reputations for being violent towards black citizens.

Meanwhile, Schwerner and the others were warned that a group of white men were after them, so they decided to travel to Meridian via Highway 16 to avoid an ambush. Unfortunately, Price was driving there at that time, and when the car passed, he saw Chaney, the only black member of the group, at the wheel because the other two were crouched down. Price pulled the vehicle over, allegedly for speeding, and then arrested them for involvement in the church burning. The three activists were now in the lion’s den and were ripe for the slaughter.

Before setting off for the church, Schwerner told the Council of Federated Organizations (COFO) office in Meridian that he would call at 4 pm. He said that if he didn’t call by 4.30pm, they needed to start making some calls to search for the group. When the deadline passed, workers in the Meridian office started to worry, and at 4.45pm, they contacted the Jackson office to tell them the three men had not returned. They called the jail at 5:20 pm to ask if the men had been arrested, but the jailer lied and said there was no one there.

At around 10 pm, Price agreed to release the group but followed them in his car. While the activists were in prison, Edgar Ray Allen, a prominent local Klan member, formed a mob to murder the trio after being told about the arrest by Price. Along with two other cars, Price followed the group along Highway 19 towards Meridian. While one of the cars had carburetor problems, Price had no such problems and caught the group’s vehicle on Highway 492 as it turned west to Union, Mississippi.

He escorted the trio into his car and led them to the lonely intersection of County Roads 515 and 284. It is not known precisely what transpired although later physical evidence suggests that Chaney was badly beaten. The events of the night were revealed by FBI informants James Jordan and Doyle Barnette, both of whom were present at the murders. According to Jordan, Wayne Roberts, a former Marine who suffered the indignity of a dishonorable discharge, killed all three men with shots at point blank range. He supposedly shot Schwerner first, then Goodman and finally, Chaney. Barnette claims that Jordon shot Chaney twice.

The mob took the three bodies to a dam site at the Old Jolly Farm owned by Olen Burrage who reportedly said that he had a dam that would ‘hold a hundred of them’ at a Klan meeting. The bodies were placed together and covered with dirt by a machine. Price returned to his duties and met Sheriff Rainey at approximately 12:30 am. Given the close relationship between the two men, it is almost certain that Price told Rainey everything in detail.

Back at the COFO office in Meridian, the staff had reached panic stations. A call was placed to John Doar of the Justice Department in Mississippi at 12:30 am. The previous week, he had warned the activists that no federal police force could protect them and he feared the worst. By 6 am, Doar had spoken with the FBI about investigating a violation of federal law. The following morning, FBI agent John Proctor, who was based in Meridian, was told about the disappearance and within hours, he was interviewing locals, leaders of the community and Price and Rainey. After the interview with Price, the Deputy offered Proctor a drink and pulled a bottle of illegal liquor of out of the trunk of his car. He was confident that the crime would never be solved; he was partly correct.