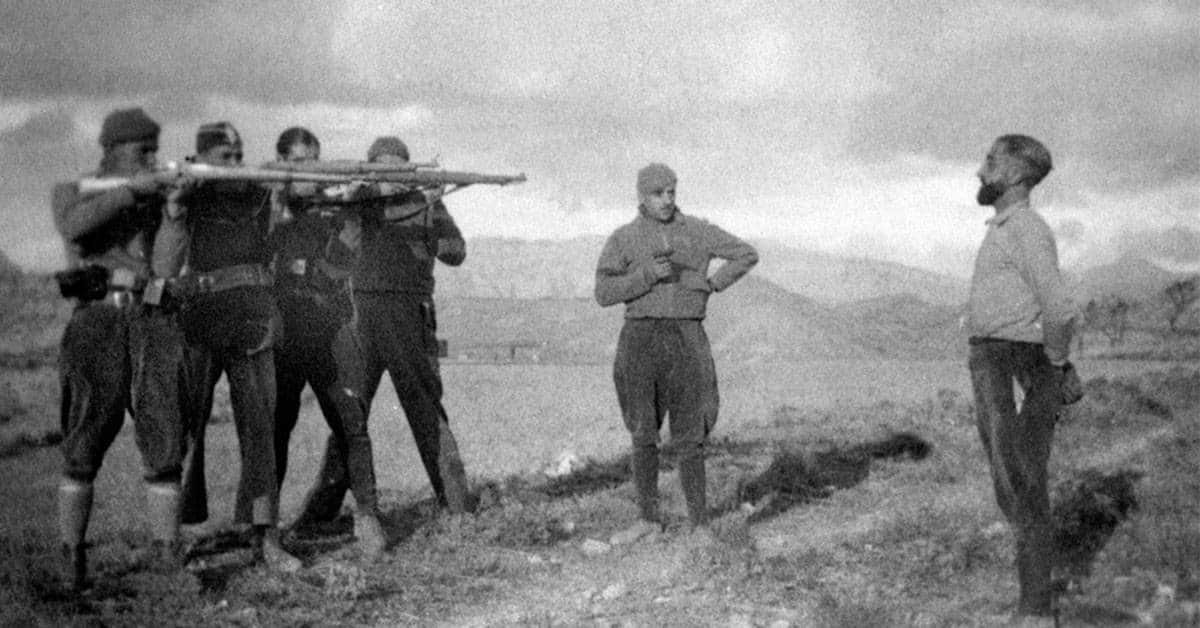 The Spanish Civil War took place from 1936 to 1939. The Republicans, loyal to the democratic, leftist urban Second Spanish Republic, in alliance with the Anarchists, fought against the Nationalists, a Falangist totalitarian, aristocratic, conservative group lead by Francisco Franco.

The war began after a pronunciamiento, a declaration of opposition by a group of generals of the Spanish Republican Armed Forces against to elected leftist government of the Second Spanish Republic. The Nationalist group gained the support of the right wing groups such as the conservative Catholic Carlists, the monarchists, and other conservative groups.

The Nationalist coup was supported by military units from the Spanish protectorate in Morocco, Pamplona, Burgos, Zaragoza, Valladolid, Cadiz, Cordoba, and Seville. The Nationalist forces received munitions and soldiers from Nazi Germany and Fascist Italy. The Republican government was supported by the Communist Soviet Union and the leftist populist Mexico. The United Kingdom and France, among other nations, signed an agreement of non-intervention.

The war ended with a victory for the Nationalists. Thousands of leftist Spaniards were exiled, many of whom fled to refugee camps in southern France. Those associated with the losing Republicans were persecuted by the Nationist powers.