25 Photographs of the History of the FBI, Part 2: World War I, Espionage, and the Red Scare 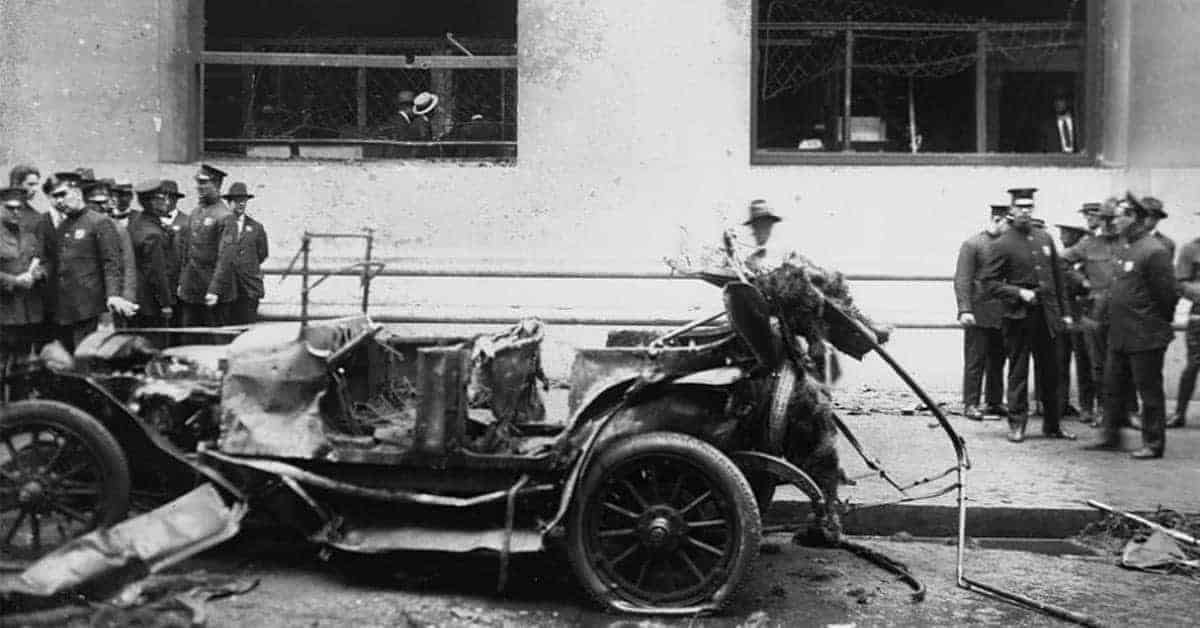 25 Photographs of the History of the FBI, Part 2: World War I, Espionage, and the Red Scare

The Bureau of Investigation started with mostly white-collar and civil rights cases such as land fraud, banking fraud, copyright violations, and forced labor. The Bureau was beginning to receive some investigations on a national security level as well, such as the growing anarchist movement, among other treasonous activity. In 1910, the Bureau took the investigative lead on the Mann Act, attempting to prevent interstate prostitution and human trafficking.

By 1915, Congress had increased the Bureau of Investigation personnel from the original 34 to 360 special agents and support staff.

On January 27, 1915, the American merchant ship the William P. Frye was traveling to England with a cargo of wheat. She was intercepted by a German cruiser and ordered to dispose of the cargo as contraband. When the American crew refused, the Germans destroyed the ship. On May 7, the Germans sank the British RMS Lusitania, killing over 1,000 people including 128 Americans.

The Germans continued to target American ships until April 6, 1917 when Congress declared war, entering the United States into World War I. To protect the U.S. from subversion and sabotage, Congress passed the Espionage Act and the Sabotage act. The Bureau of Investigation became the principal investigative agency in counter-spy reconnaissance. The Bureau was also tasked with tracking down army deserters and keeping tabs on millions of German “enemy aliens” in America without citizenship.

In 1917, after the Bolshevik Revolution in Russia, Americans felt threatened by the possibility of a global revolution, especially because of the domestic labor and economic unrest.

On September 16, 1920, in the Financial District of Manhattan, anarchists detonated a bomb on Wall Street, killing 38 people. Among the targets, although not seriously injured, was Attorney General A. Mitchell Palmer.