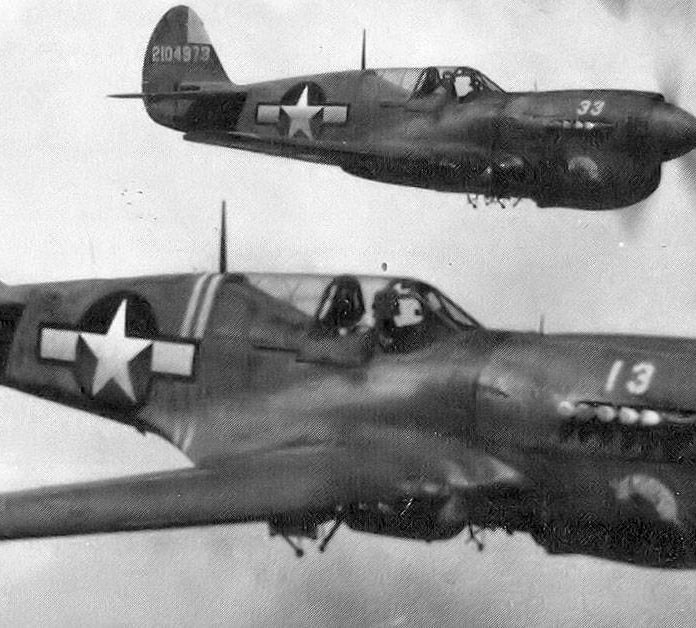 The Second World War saw the combatants race to outdo one another in designing, manufacturing, and fielding, ever improved weapons in order to gain an edge over their foes. Nowhere was that rivalry more fierce and marked than in the air, where the technological state of art progressed in leaps and bounds, with steady and rapid improvements in plane designs, metallurgy, and engines that grew in power and efficiency with each passing year. The war saw fighter aircraft progress from piston driven planes at war’s beginning, to the dawn of the jet age by war’s end. Following, in rough chronological order, are ten of the greatest fighter aircraft of that conflict.

With initial plans dating back to 1934, first prototype flown in 1935, and the first model entering operational service in 1937 and seeing combat in the Spanish Civil War, the Bf 109 was the only fighter, aside from the Spitfire, that was deployed in front line service at war’s beginning in 1939, and with incremental improvements, remained in front line service, effective and competitive against newer fighters, until war’s end. The prototype that flew in 1935 was the world’s first low wing, retractable wheels, all metal monoplane fighter – a basic design subsequently used by all sides during WWII.

At its most basic, the essence of the Bf 109 was to take the smallest feasible airframe, and attach to it the most powerful engine possible. The design had flaws, such as a cramped cockpit, a poor rear view, and a narrow undercarriage that rendered ground handling hazardous to inexperienced pilots. Moreover, small size translated into limited fuel capacity, reducing its range – which proved problematic during the Battle of Britain, when Bf 109s were typically limited to 15 minutes’ worth of fighting over Britain, before dwindling fuel forced them to disengage and fly back home.

Nonetheless, the basic concept of small airframe married to big engine proved successful, allowing as it did for progressive upgrades as more powerful engines became available, and allowing the Bf 109 to remain competitive throughout the war. The adaptable design allowed the plane to progress from the 109D model in 1939, with a top speed of 320 m.p.h., to the 109K model at war’s end, capable of 452 m.p.h.

Eric Hartman, the war’s top ace with 352 kills, flew the Bf 109. Indeed, the top three aces of the war, with over 900 kills between them, flew 109s, as did the top scoring ace against the Western Allies. In addition to the interceptor and escort role for which it had been originally designed, the 109 was sufficiently adaptable to serve in other roles, including ground attack, and reconnaissance. With nearly 34,000 manufactured between 1936 and 1945, the Bf 109 was the most produced fighter aircraft in history.