This Day in History: The Soviets Encircle the Germans At Stalingrad (1942) 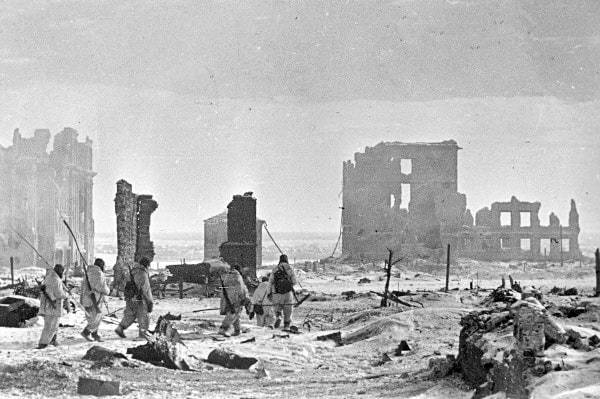 This Day in History: The Soviets Encircle the Germans At Stalingrad (1942)

On this day during WWII on the Eastern Front. The Soviets encircle the German 6th Army in Stalingrad. The Soviets used the winter conditions to unleash a furious onslaught on the Germans and their allies. The Soviet attacks resulted in the encirclement of some 250,000 men in Stalingrad. The German generals in Stalingrad immediately saw the urgency of the situation and they repeatedly requested that they be allowed to retreat and to break out of Stalingrad. However, Hitler refused to move and he demanded that the 6th army continued to fight on. He believed that the army could be rescued .

The Battle of Stalingrad began in the summer. It was not originally a target of Nazi Germany but Hitler wanted to capture the city because it was an important transport hub and it also held great symbolic value for the Soviets. The 6th army was diverted from an attack on the Caucasus and its oil fields. They Germans advanced on Stalingrad with great confidence but they soon became bogged down in a bloody battle. The Soviet 62nd army thwarted several offensives by the Nazis and after three months of fighting, they were still not fully pushed out of the city, despite repeated German attacks. The Nazis were so pre-occupied with Stalingrad that they neglected their flanks. The diverted all their best troops to the capture of Stalingrad and they left poorly armed and trained Romanian and Italian soldiers to guard their flanks. On November the 19th the Soviets launched an attack on the Romanian Divisions guarding the German flanks and quickly overcame them. Some 70,000 Romanian troops were captured. The Soviet also attacked from the south and here they overwhelmed an Italian division. The Soviets quickly advanced to meet each other. Hitler at first did not panic when he heard of the encirclement and he believed that the 6th army could hold on until the Spring. Goering assured him that the army could be supplied from the air. This was incorrect and the army in Stalingrad suffered terrible privations in the harsh Russian winter. The Soviets meanwhile tightened their grip around the city. A German attack on the Soviet lines to reach Stalingrad was defeated and this effectively doomed the 6th Army. 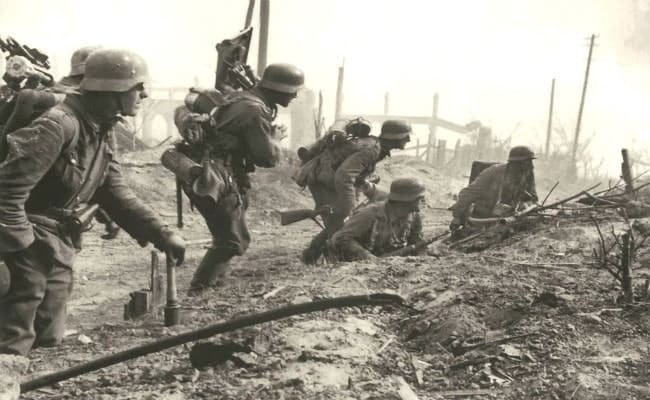 T The Germans should have withdrawn, but Hitler wouldn’t allow it. He wanted his armies to hold out until they could be reinforced. By the time those fresh troops arrived in December, it was too late. The Soviet position was too strong, and the Germans were exhausted.There was an attempt masterminded by Germany’s best general Manstein to relieve the army trapped in Stalingrad but this failed. By January 1943 it was clear that the Germans at Stalingrad were doomed and they eventually surrendered. Many of those who surrendered died in Soviet captivity. The German defeat at Stalingrad was perhaps Hitler’s greatest defeat of the war.