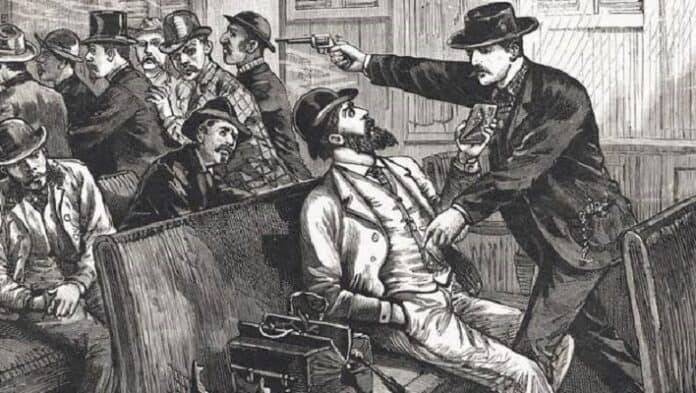 To mankind’s sorrow, there has never been a shortage of deadly people preying upon and thinning our ranks. From America’s first serial killers, who murdered dozens, to the female poisoner who killed hundreds, you would not have wanted to cross paths with and cross the folk on this list. Following are forty fascinating but lesser known things about deadly people from history.

Long before Ted Bundy, John Wayne Gacy, or Garry Ridgway, there were the Harpe Brothers. America’s first documented serial killers, Micajah “Big” Harpe (circa 1748 – 1799) and Wiley “Little” Harpe (circa 1750 – 1804) were born before the United States of America had even come into being.

The deadly Harpes were highwaymen, river pirates, and sadistic murderers operating along the then-frontier west of the Appalachian Mountains. From at least the days of the American Revolution, they left a trail of death, rapine, and terror, throughout Tennessee, Kentucky, Illinois, and Mississippi. By the time their depredations were brought to an end, the Harpe brothers had murdered about fifty people.