The Little Known History of American Indians during the Civil War

The Little Known History of American Indians during the Civil War 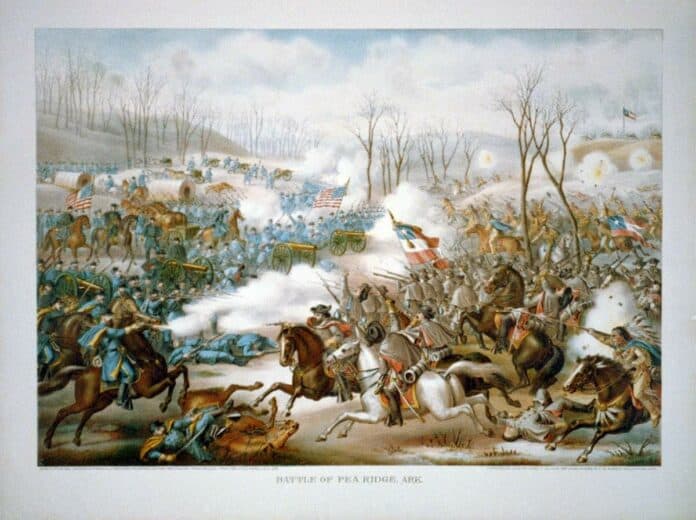 The American Civil War did not exclude the American Indians of numerous tribes. The war’s divisiveness extended to the tribes, with some serving in the Union army, some in the Confederate, and some fighting against both. Tribes and whole nations chose one side or the other, and individuals opted to support one side while their families supported the other. As with the white American population, the war often pitted brother against brother. For the Indians, fighting in the white man’s war placed their homelands at risk of conquest.

Most of the Cherokee supported the Confederacy, unsurprisingly, since many Cherokee were slave owners. So were the Choctaw, Chickasaw, Seminole and Creek peoples. When the tribes were relocated to the Indian Territory in the 1830s they took their slaves with them. Eventually around 3 – 4 % of the southeastern tribes owned African slaves (many tribes used captives from other tribes as slaves as well). The issue of enslaved Africans and their descendants was as divisive among the tribes as it was in white America, and lead to intratribal disputes and some actual fighting. Nonetheless some Cherokee chose to support the Union, as did many southerners who were not slaveowners. Here is some of the complicated history of the American Indians during the Civil War.