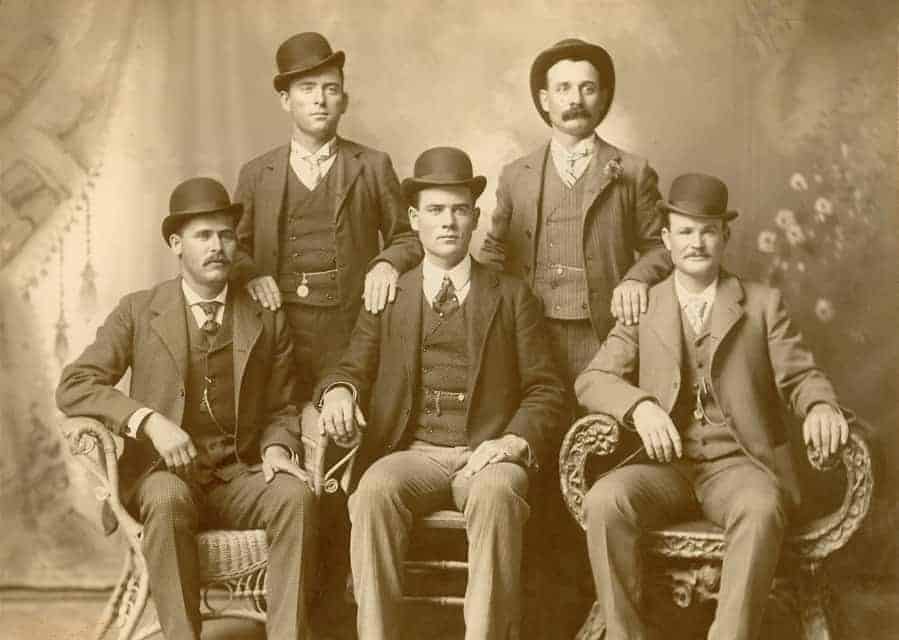 This Day In History: The Reno Brothers Stage The First Train Robbery (1866)

On this day in history in 1866, the first train robbery occurred in America. It was carried out by the brothers’ John and Simeon Reno and they stole some $13,000 from a train that was traveling on the Ohio and Mississippi railroad. The train was stopped and robbed, by the Reno brothers in Jackson County, Indiana.

Now trains had been robbed by criminals before, but these had been burglaries on stationary trains. The Reno brothers staged the first actual robbery of a train that was traveling between two locations. It was the first classic train hold-up in criminal history. The Reno’s were the first to hit on the idea of robbing a moving train as it was traveling in a remote and unpopulated area. This meant that they were usually far from the law and the only witnesses were the workers and passengers on the train.

The Reno brothers’ method of robbing trains was ideal for the wild west. Here trains crisscrossed the prairies and through areas that were wild and lawless. Reno’s method became very popular, very fast. Many criminals and bandits saw the method of robbing trains as a perfect way of getting easy cash. The stage-coach had previously been the popular target of bandits in the wild west but the railroads offered them more lucrative opportunities for enrichment. The new transcontinental railroad and other railroads made attractive targets for outlaws. The western economy was expanding rapidly and trains often carried vast amounts of cash and gold. In the wide-open spaces of the west, the trains were relatively easy targets. The wilderness and mountains in the west offered gangs of robbers plenty of hideouts and they could simply disappear after they robbed a train.

Some criminal gangs began to specialize in robbing trains, such as Butch Cassidy’s Wild Bunch (they are shown in the photograph above). The railroad companies soon grew tired of having their trains plundered and they decided to make a stand. The companies placed any valuables in massive safes and these were usually under armed guard. Suddenly the trains were no longer easy pickings. One railroad even had a car with horses so that the armed guards could pursue any train robbers and capture them. The train guards were not afraid to shoot on sight. The States increasingly took a hard line on train robbers and it was made a special offense in many legal codes with stiff penalties. Furthermore, the Pinkerton, detective agency was employed by the owners of railroad companies to track down any train robbers. As a result, by the late 19th century, train robbery was becoming an increasingly difficult-and dangerous occupation.

The Reno brothers were later captured for another crime and while they were in jail local vigilantes took them out of their cells and lynched them.