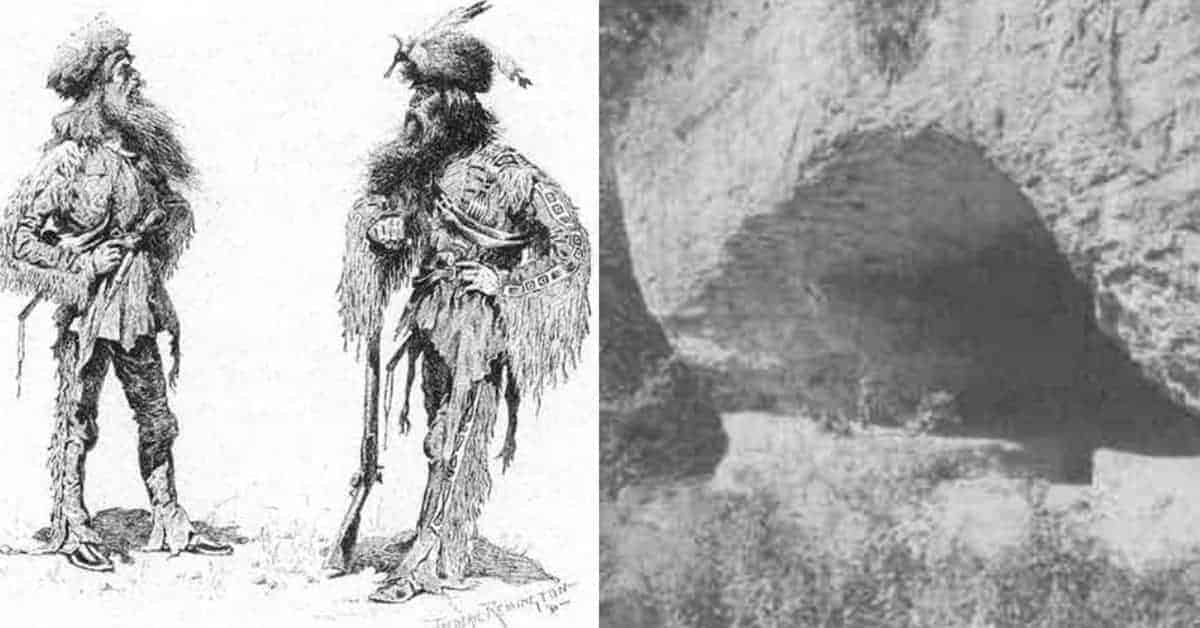 The American Revolution opened the lands west of the Allegheny Mountains to settlement and Americans poured west to the rich farmlands of Ohio, Indiana, and Illinois. Other than Daniel Boone’s Wilderness Road and a few other pathways which were little more than Indian trails, the trek to the Ohio country was best accomplished using the rivers as highways. From Pittsburgh and from Wheeling, then part of Virginia, settlers floated down Ohio and its tributaries to find their new homes, carrying with them all that they owned. It was inevitable that there would soon be present those who would try to take it from them. River pirates huddled on the banks, in caves and encampments, and preyed upon the passing travelers.

Among the worst was the Cave in the Rock gang. Led by a notorious pirate named Sam Mason and using a natural cavern in Southern Illinois as their base, the Cave in the Rock gang waylaid settlers, stole their property, sank the boats in the river, and practiced the philosophy that dead men tell no tales. They were utterly ruthless and resisted all attempts of the fledgling governments to capture them. In 1799 they were joined by Micajah and Wiley Harpe – called Big Harpe and Little Harpe respectively – known as brothers though they may in fact have been cousins, who were soon to prove themselves too vicious and bloodthirsty for even the murderous pirates.

The Harpes were America’s first serial murderers, and their true crimes have become blurred by legend over the decades since their depredations terrorized the Ohio and Mississippi River Valleys. Legends aside, the criminal career of Big Harpe and Little Harpe remains a harrowing tale of murder and cruelty unsurpassed by any since then.

The Harpe brothers were likely born with the last name of Harper in the western part of North Carolina, with most historians placing their births around the middle of the 17th century. Their father(s) tried to join the Patriot cause during the Revolutionary War, but due to past political leanings were rejected. Partly in retaliation, the Harpe’s fought on the Loyalist side, with at least one contemporary bearing witness that they fought against the Patriots at the Battle of King’s Mountain and later participated in Cherokee raids (on the side of the Cherokee) against American settlements in eastern Tennessee. They were present at the final pitched battle of the Revolutionary War, at Blue Licks in Kentucky, where they helped defeat a Patriot militia army led by Daniel Boone.

Following the war the brothers’ fled to the mountains of Tennessee where they lived with various native American tribes, after kidnapping two American women to serve as their “wives”. By 1794 they were living in the vicinity of what is today Knoxville, Tennessee, surviving by stealing from other settlers. Around this time (1795-97) they dropped the last letter from their birth name of Harper, probably to disguise their past as loyalist soldiers, and became the Harpes.

Around 1797 the brothers moved north to Kentucky, committing their first known murder along the Wilderness Road in Maryland on the way, and later killed another man, a traveler from Virginia, at a small Kentucky tavern. Identified as suspects in the murder by the innkeeper, they escaped jail and pursuit, notching at least one other murder in the process, mutilating the body and fleeing north. By 1799 Kentucky authorities had placed a bounty on each of the brothers of $300, about $5,500 in today’s money. At least five more murders were attributed to the pair as they made their way north, including three men killed in their campsite on the Saline River, for no known reason.

Cave in the Rock – also called Cave in Rock – is situated north of the Ohio River, a small village named for the unusual cave which is on a bluff above the river, easily visible from the shore on either side. Cave in Rock was the base of operations for a river pirate named Sam Mason, whose gang was known as a particularly vicious and brazen group of thieves and murderers. (Mason would later become notorious on the Natchez Trace for leaving messages to his pursuers, written in the blood of his dead victims) Since Cave in Rock was in the unincorporated Northwest Territory the Kentucky posse which had pursued the Harpes to the river had no jurisdiction and was forced to give up the chase.

At Cave in Rock, the brothers may or may not have participated in the Mason gangs’ depredations on passing riverboats. What is known is that the river pirates, hard and cruel men, found the behavior of the Harpe’s to be stunningly horrifying. The Harpes, who were still accompanied by their “wives,” raped female prisoners of all ages before killing them, usually via torture. On one occasion, the brothers escorted a prisoner to the top of Cave in Rock, above the opening of the cave, and placed him on a horse, after which they pushed all off of the bluff to fall to their deaths. The brothers were so amused by the screams that they began to make a habit of the behavior, although they stopped including horses in the crime, choosing instead to strip their prisoners naked before throwing them off the cliff.

The Mason Gang found itself unable to stomach the brother’s cruelty and shortly forced them to leave the shelter of Cave in Rock. The Kentucky posse having disbanded, the brothers re-crossed the river and eventually returned to Tennessee. Several more murders occurred in their wake, of men, boys, women, infants and in one case a whole family butchered in their sleep. Their methods included disemboweling of still-living bodies, the smashing of an infant’s skull against a tree, and cutting the throat of another infant who’s crying disturbed Big Harpe’s sleep. That murder took place in front of the mother, who was shortly murdered herself.

By late summer of 1799, the Harpe’s killing spree had led to the formation of another posse to capture them, with several of the members being relatives or friends of the pair’s victims. The Harpe’s fled to the west across Tennessee and Kentucky, wandering across the border indiscriminately.

In August 1799 the Harpe’s were cornered in Webster County, Kentucky, below what is now Henderson, Kentucky. Little Harpe escaped, but his brother was wounded by a rifle shot before being felled with a tomahawk. Big Harpe remained alive, although grievously injured and confessed to more than twenty murders, (he expressed regrets over the murder of one of the infants) before his disgusted captor – Moses Steagall, the father of the second murdered infant – beheaded him and placed his head upon a pike, from which it was displayed at a crossroads. The site is today marked with a Historical Marker and the section of highway where it is displayed is known as Harpe’s Head Road.

Little Harpe made good his escape and once again got out of Kentucky by fleeing to the Illinois Territory, taking refuge for the second time with Sam Mason’s gang of pirates and thieves. Little Harpe convinced Mason and the others that it had been his brother who was the instigator of the mindless violence against their victims, and he soon joined the pirates in their raids on passing riverboats and murderous robberies on the Natchez Trace.

After Mason and his gang were driven out of Cave in Rock by Illinois settlers they moved downriver, through Missouri, and eventually to the area around Yazoo, Mississippi. There they continued to raid passing travelers and Mason expanded his territory to include the robbery and murder of travelers on the Natchez Trace. Eventually, they were captured by the Spanish authorities in Louisiana, and arrangements were made to transfer them to the Americans in Mississippi since none of their myriad crimes had been conducted against Spanish property or persons. During the transfer, Harpe and Mason, along with at least two other gang members, escaped by overpowering the Spanish troops guarding them. During the escape, Mason was shot in the head. Harpe needed money, since the Spanish had confiscated all that he had when arrested, and was aware of the sizable bounty on Mason, as well as it being collectible whether Mason was dead or alive.

Harpe, in disguise, took Mason’s head to the authorities with the intent of collecting the bounty. Along with Mason’s head, he took James May, another of the pirates. It remains unclear whether Harpe took May willingly or May insinuated himself into the plan but at any rate, May was recognized. He willingly identified Harpe to the authorities in the hope of obtaining a lighter sentence, but the authorities were unmoved by his action. Harpe and May – who went by multiple names and which, if any, were correct remains unknown – were arrested, tried and convicted of multiple crimes, including piracy, for which the penalty was death by hanging. Both were executed in Old Greenville, Mississippi Territory, in January 1804.

During the Harpe’s singularly violent and short career, they were credited – if that is the word – with the murder of at least 39 persons. The murder of slaves did not count towards that total in their lifetime, and those along with several others of which they were suspected because they happened to be in their paths bring the count to over fifty. It is not known how many murders are attributed to each brother, or which of the two was the most violent. What is known is that the majority of their murders were evidently for the simple reason that they enjoyed killing.

The Outlaws of Cave-In-Rock by Otto A. Rothert

The Vintage News – The Hunt for America’s First Serial Criminals

The Vintage News – The Harpe Brothers: The First Recorded Serial Killers in The United States