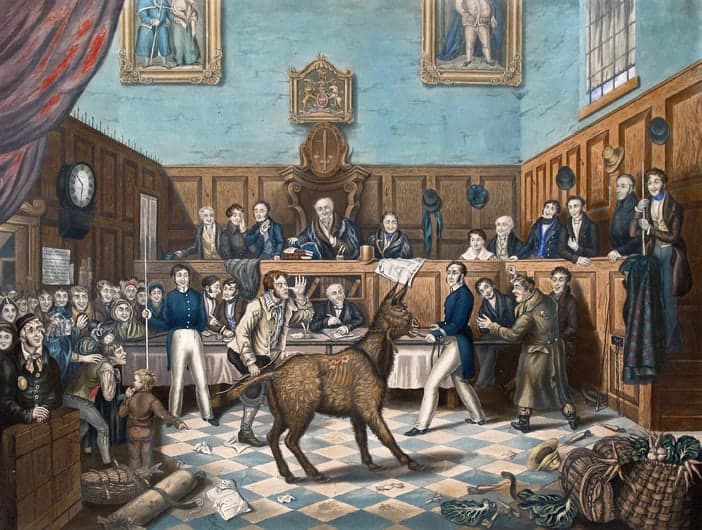 During Charles II’s reign, a group of vigilantes found themselves on the wrong side of the law. All apprentice boys, they tried to destroy a brothel in 1663. Unfortunately, they wound up standing trial for high treason, since ‘for men to go about to pull down brothels, with a captain and an ensign… who is safe?’ The Chief Justice convicted them. A few decades later, yet more crusaders against sin tried to burn down a brothel, and got convicted of treason. The judge acknowledged brothels ‘a nuisance’, but said destroying them took ‘the right out of the queen’s hand’.