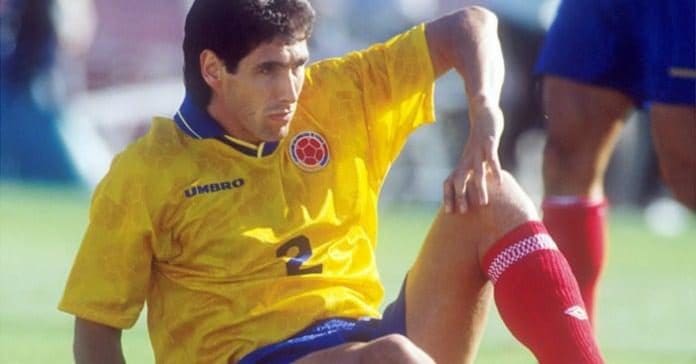 At the time of writing, June 2018, the world has gone soccer-crazy (also known as football in certain places). Although the World Cup only comes around every 4 years, it could be argued that the world could be said to be soccer-crazy at any date – soccer is a huge business, with the richest team in the world, Manchester United, earning $737 million last year according to Forbes. It is the world’s most popular sport, with 3.2 billion people watching World Cup 2014 (and that’s just those using legal means), and is played in more or less every country.

And yet, despite its global ubiquity, soccer is not the most popular sport in many countries. Most notably, in the United States, soccer is only the 5th most popular sport according to TV viewing figures. Thus there are many people right now bemused by the crazed antics of fans, such as the ‘Colombian Bird Man’, a former lawyer who dresses up as a bird and is precariously suspended from the top tier of soccer stadiums when Colombia are playing. After all, it’s just a game. So, what’s all the fuss about? Let’s see if history can provide the answers.

It seems that people have been kicking balls around for a very long time. The first game of soccer, as we would recognize it today, is the ancient Chinese sport of Cuju or Ts’u Chu. First mentioned in the 3rd-century text Zhan Guo Ce (‘Strategies of the Warring States’), the game involved kicking a leather ball stuffed with feathers and hair through a foot-wide opening between two bamboo canes supporting a net. The game was competitive, and from the Han Dynasty onwards it was part of military training. Soldiers even formed teams to entertain the Emperor on state occasions.

The game became eerily like modern soccer. Later Cuju-innovations included replacing the original feather-filled ball with one inflated with air around the 8th century AD and the introduction of professional players. A Cuju league was even introduced in the 10th century AD. A variant of Cuju, known as Kemari, was played in Japan from the 7th century AD, but the game was non-competitive and involved keeping the ball in the air rather than scoring goals. It is still played today at Shinto shrines, and the uniforms for playing resemble those worn by the original Kemari players in the Asuka Period.

Variants of football were also played in Europe. The Ancient Greeks played a game called Episkyros (‘common ball’), which was markedly violent. Teams of 12 to 14 men would play against each other, with the intention of throwing or kicking the ball over the heads of the opposition. After conquering Greece, the Romans adapted the game into Harpastum (‘carry away’), which required teams to keep the ball on their side of a white line drawn in the middle of the pitch. Hands were allowed in Harpastum, along with extreme violence – one poor Greek spectator broke his leg watching a game!