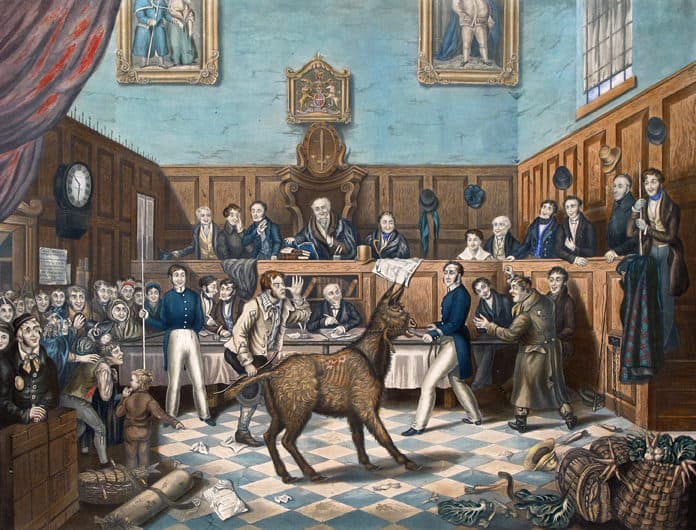 ‘The law is a [sic] ass!’ raged Mr. Bumble in Oliver Twist, after breaking it. Over the history of law, there have indeed been some strange and rather silly laws. But many made a lot of sense at the time, and have only become absurd with the passing of time. Some are even sillier for being ancient, and never having been repealed. Others were, are, and will always be, incredibly strange. In this list, you’ll read about all sorts of ridiculous laws that will have you agreeing with Dickens’s portly beadle. Just remember: all 40 items are absolutely genuine!

40. It’s been illegal to wear a suit of armour in the UK Parliament since 1313

In 1313, the weak-willed and disastrous Edward II of England passed the 1313 Statute Forbidding Bearing of Armour. This law made it illegal to turn up at the UK’s Parliament with weapons, armour or armed men. Edward II passed the law in response to being bullied and weakened by his rambunctious barons and noblemen. These nobles hated Edward and his lover, Piers Gaveston, and terrified the king several times by appearing before him fully-armed. The tactic usually worked; Edward hoped the 1313 Statute would stop the latent threat of armed barons. It didn’t, but has been in force ever since.