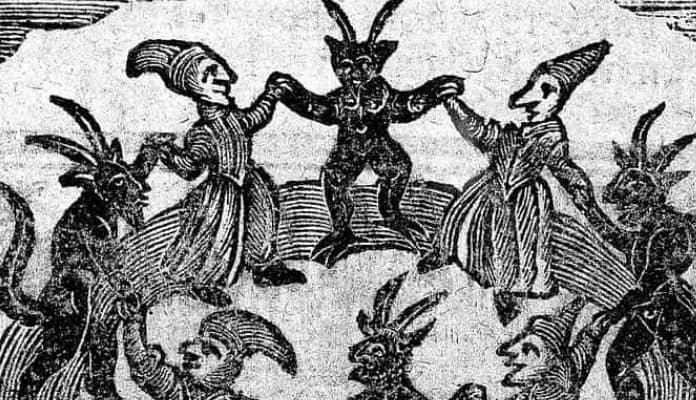 Before modern science, people didn’t know who to blame when crops failed, plague spread, or children died young. What couldn’t be explained was often blamed on black magic, and more specifically witches. Countless people were executed for witchcraft across history on the slightest evidence, with many others unrecorded or dying whilst stuck in squalid prisons awaiting trial. Here are merely 40 examples of real people killed because ‘rational’ courts of law judged them guilty – some after the Enlightenment! Why not give kids dressed up as witches a real scare this Halloween by telling them about the following unfortunate people?

40. Zhang Liang became the first person in recorded history to be executed for witchcraft in 646 AD

Zhang Liang fought many battles for China’s Tang Dynasty, and ended his days as chancellor to Emperor Taizong. Unfortunately, Zhang also counted a couple of sorcerers among his friends, a big taboo in Imperial China. One day, an eavesdropper called Chang Dexuan overheard the sorcerers flatter Zhang he’d make a great emperor. Chang immediately squealed to Taizong about a treasonous plot to overthrow him through witchcraft, with no evidence. Taizong ordered an investigation, and though Zhang protested his innocence, condemned him to death in 646. Zhang has the dubious title of first person in recorded history executed for witchcraft.