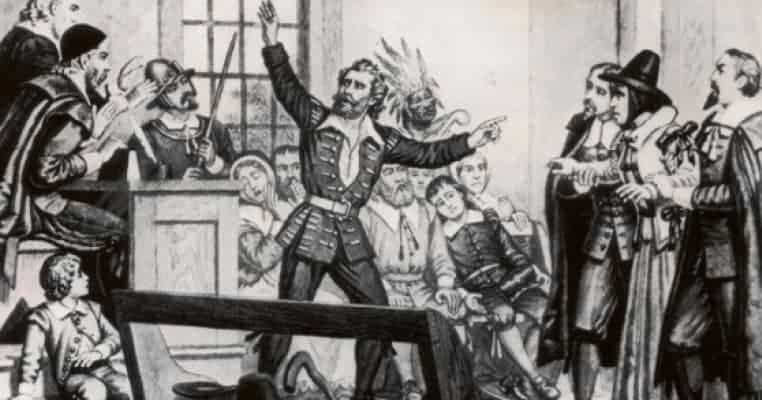 The European Witch-Craze spanned over centuries during the early modern period, resulting in the deaths of thousands across Europe. Most were coerced into “confession” by torture and other means of extracting a “confession” of being a witch and committing maleficium. During this time the actual religion known as Wicca wasn’t prominent or discovered during this time period, but rather documents were found of witchcraft being an actual religion around the 18th century. During this period of the witch craze from about the 15th century to the early 18th century, Trials and executions were held in Europe in its entirety, including a few witch hunts in the New World after its discovery and settlement.

Some of the most famous trials in the witch craze period were the North Berwick Trials in Scotland of 1590, and in the New World, the Salem Witch Trials of 1692. The witch craze in Europe was significantly different than the witch-hunts in America, resulting in the most famous of witch trials. Even though Europe executed thousands of men and women during this time, Europe viewed the trials in America as one of the biggest execution trials ever held and frowned upon it. Why was the European Witch Craze largely different than the American Witch Craze, when the only difference was they were held across separate parts of the world? What made the American Witch Craze more severe in certain cases rather than the European Witch Craze?

What started the Witch Craze?

During the beginning of the witch craze in Europe, it was mainly created by the Reformation and changing from the Medieval Ages to the Renaissance period. The Christian church at this point was corrupt, specifically Catholicism. The kingdom of Scotland was Protestant under the rule of King James VI, who became King James I of England when Queen Elizabeth I passed away. King James was a man who did not tolerate the accusations of Witchcraft. He wrote his own book on witchcraft which he aptly named Daemonologie, and passed the Witchcraft Act of 1563 in Scotland. King James had his own personal accounts with witchcraft and maleficium that led to the North Berwick Trials.

King James with his personal reasons for examining witchcraft used torture during his reign in order to gain confessions from his subjects of practicing witchcraft and maleficium. His most notable torture technique was “swimming” a witch. This method included tying the accused hands and feet behind them, tossing them into “holy water” which was usually a lake or small pond. If the accused floated, they were considered “holy” and were innocent. If the accused sunk, they were labeled a witch.

King James would send out his men to find such women in England and Scotland, to take them out by having them burnt at the stake in Scotland, but not in England since they did not burn witches. These women were prosecuted, and then tried but most always were convicted. With eye-witness accounts, these women were further convicted, and not able to appeal their sentence.

When another person saw the other accused of practicing witchcraft actually performing the deed the sentence was carried out, the women were not given a chance to defend themselves. The Pope even acknowledged these actions to get rid of the witches in England and Scotland during King James’ reign. These accusations of witches were very popular during the height of the witch hunts, and many women who fit this profile lost their lives due to the accusations and the constant fear of King James and his experience with witchcraft and maleficium.

Approximately a century later in the New World, the same issue arises in the 1690s. In 1692, the town of Salem, Massachusetts experienced the biggest witch craze in American history. The trials were known as the Salem Witch Trials. There was not one town of Salem, but rather Salem Town and Salem Village. Salem Town was very elite and high ranking in American society with Puritan beliefs, which is a sub-religion of Protestantism. England at the time was the highest witchcraft hunted area and was accusing the most witches second to the Salem Witch Trials of 1692.

The Plague, the End, and the Start of The Salem Witch Trials

After the end of the Dark Ages, Witchcraft was put on a back burner, never to be brought up or spoken of until the early 1690s in British North America. In New England in the colony of Massachusetts, the most famous trials of all witchcraft history were conducted next to the burning of Joan of Arc. The Salem Witchcraft Trials didn’t stay in Salem itself. Salem was broken into two places, one being Salem Town and the other as Salem Village (now known today as Danvers). Other areas affected by the trials and also held trials were Ipswich, Boston and Charlestown, Massachusetts. The correct account of these trials differs from society, history, and Witchcraft history.

The supposed start of the trials began in February 1692, in Salem Village. The first accusations of witchcraft were among the “social disrespect” of society. Whole families that had their name “drug over the coals” or were disrespected in society were accused of witchcraft. Women who were independent and owned land were also a target for the accused. Anyone who tried defending or helping the accused was also accused of witchcraft. The trials consisted of over 150 people being accused of Witchcraft, 19 being hung to death, and 1 crushed to death by stones. Five more accused died in prison. Of the 19 hanged, 14 were women and 5 were men. Giles Corey was crushed to death after not entering a plea. Samuel Parris, the minister of Salem Village, was directly involved within the Trials. Betty Parris was Samuel Parris’ daughter, and Abigail Williams his niece.

These two girls started the entire Witchcraft Trials, by having fits of epileptic proportions and then the girls would blame their “conditions” on the work of Witchcraft in the Village. Anyone who the girls would accuse would be convicted and sentenced to be hanged or in prison. Rebecca Nurse and Martha Corey stood up against the accusations and believed the girls’ accusations to be a lie and false. They were both tried and hanged, which deeply upset the Village for Martha Corey and Rebecca Nurse were full covenanted members of the Church. This lets the community believe that if Witchcraft was at play within Salem Village, then no one was safe from witches and even the Reverend himself could have been a Warlock.

Today, the Salem Witch Trials are seen in different ways. Some believe that these women were killed or sent into prison because they were midwives. Doctors were only men during this time, and the doctors wanted to take away the midwives job of childbirth so they could charge high prices for delivery of the baby. Women pregnant during this period preferred midwives over doctors. Midwives were accused of Witchcraft because of the herbs they used during childbirth and other ways to cure maladies.

During the trials in Salem, there was only one that was tortured, which was Giles Corey. The community and neighbors added rocks to his chest in order to gain a confession, but died in the process, never to give a false confession of witchcraft. Torture in Scotland during the 1590s was King James’ favorite method of gaining confessions. Other than “swimming” a witch, he also used a witches’ bridle. James himself presided over the North Berwick Trials, personally condemning the three accused witches to death.

James then started to condemn his own subjects of witchcraft, torturing them into confession and resulting in execution. The North Berwick Trials are the most famous because this was the first trial to involve James directly, and the first major scale trial of witchcraft accusations. Throughout history, many others in Scotland were condemned to death, with only one surviving for pleading pregnancy.

In his book Daemonologie, James expresses his ideas of witchcraft and his misgivings of the subject. It’s said the Salem Witch Trials are more “severe” became of the time-span the executions took place. The Salem Trials and accusations actually started late in 1691, spanning into the end of 1692. Majority of the accusations and executions were held in July and September of 1692. Over a time period of about two decades, the massive witch-hunts and executions in Scotland took place. In Salem, over 19 were executed within a span of one year, making it more gruesome though torture was not involved.

The similarities are also prominent, for both regions are largely Protestant and Puritans. The same types of accusations made in Scotland were also made over a century later in Salem. But during the Salem Witch Trials, there was hard, physical evidence to condemn the witches. The people of the community found what’s known today as “voodoo dolls” in the Proctor household, and also the physical symptoms of the girls affected (which today historians believe their symptoms was a result of bad grain forming ergot poisoning).

Today the witch trials are also seen in a different light in each area. America thrives on its tourist business from Salem, including tours and special “magickal” shops for witchcraft which is nothing but a fake gimmick. Scotland prides itself on its history, keeping old records and documents for the sake of historic action, thriving on the knowledge of the past. There isn’t much difference between Scotland and America, with them both being of Protestant faith and the accusations made were quite similar. More people were killed during this witch-hunt in a single period, than in Scotland over a few decades. The Salem Trials was the single largest witch-hunt in America, as King James’ personal attacks on witches were the second-largest witch-hunt in Scotland.

Petitions of Witches Awaiting Executions in Salem. July 23, 1692. University of Virginia. The Salem Witch Trials of 1692.