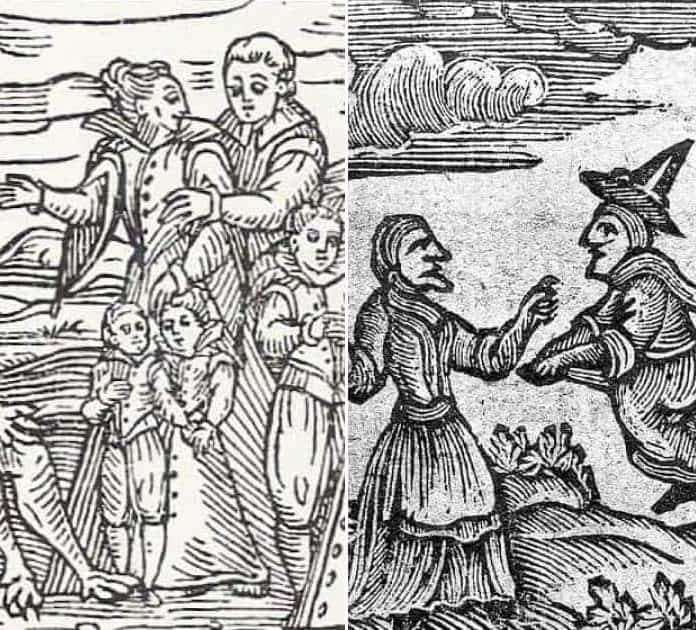 In 1484, the Dominican monk and Inquisitor, Heinrich Kramer, was expelled from the city of Innsbruck after failing to prosecute Helena Scheuberin for using witchcraft to kill a nobleman with criminal charges against his own sinful deeds. Undaunted, the furious Kramer got to work on his masterpiece, the Malleus Maleficarum (‘hammer of witches’), a treatise on the identification and prosecution of witchcraft which became a bestseller upon its publication in 1487. Indeed, it was second only to the Bible in popularity, and was widely disseminated across the Renaissance courts of Europe.

The Malleus became the definitive text on witches, and contained an exhaustive list of lurid examples of witchcraft, means of interrogation, and even how to kill witches in the most theologically-sound manner. Kramer’s text is brimful of misogyny, and this matches what little we know of his character: at the Innsbruck trial, he was condemned for showing too much interest in the suspect’s’s sex life. Here we will examine twelve ludicrous beliefs about witches from the Malleus, but remember: despite its absurd content, the book led to the execution of around 60, 000 people in Europe, mostly women.

When a man or woman becomes a witch, they must first make a pact with the devil. The Malleus is very clear on this point: stereotypical witch magic, such as flying on broomsticks or blighting livestock, cannot be perpetrated without the devil’s assistance. This point has a biblical basis: ‘for you have said: We have entered into a league with death; we have made a covenant with hell’ (Isaiah 28:15). The pact involved gaining powers and worldly prosperity from Satan at huge personal cost: ‘she give[s] herself to him, body and soul, forever’ (Malleus Part II, Question 1, Chapter 2).

Kramer gives several examples of the pact. At some, the cunning Satan is not present for fear of scaring the novice making the covenant, but at others he appears in bodily form, often as a handsome man as extra persuasion for sinful women. Here Kramer is drawing on a history of the devil appearing in human form to trick those who are contemplating sinning: in Chaucer’s The Friar’s Tale, for example, the devil appears as a young man all in green to an avaricious summoner (an employee of the church tasked with summoning people to ecclesiastical court).

Sometimes the devil makes a fixed-term contract for a few years of worldly power in exchange for the witch’s soul and the promise that he or she will commit terrible sins on earth. However, he was in no position to make such promises, given God’s superior power and eternal hatred of His former ‘Son of the Morning’. One woman from Basel, Kramer recounts, was promised seven years of witchcraft ‘but God provided mercifully’ (Malleus, Ibid.) and she was discovered, tried, and burned at the stake after only six years. Immolation obtained her pardon from God.

Ascribing the witch’s power to Satan effectively rids them of all personal agency, lest their great powers be admired by other susceptible and foolhardy people. This point is memorably reproduced in Christopher Marlowe’s late-sixteenth-century play, Dr Faustus. The eponymous character is a great intellectual from the University of Wittenburg who has run out of disciplines to master, and now seeks to become a practitioner of magic and necromancy. After the learned man’s many attempts in the field of magic, it is comically only after making the sort of pact available to ill-educated dolts that he gains any power.