10 of History's Most Fascinating Female Pirates 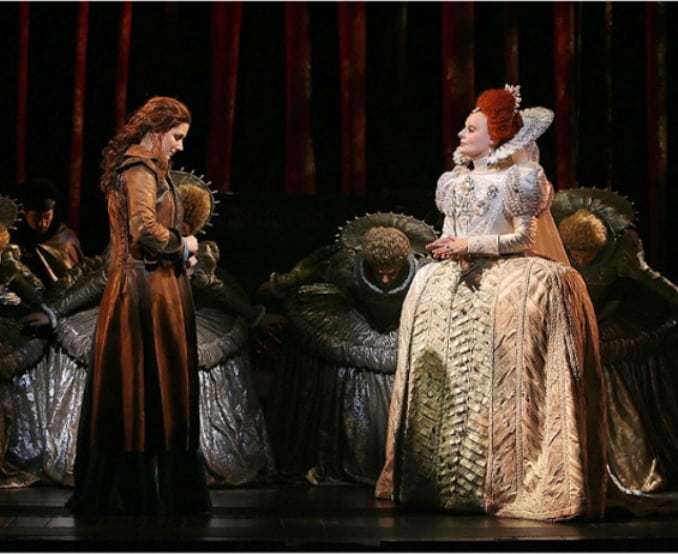 10 of History’s Most Fascinating Female Pirates

Artemisia I of Halicarnassus

Artemisia I (flourished in the 400s BC) was ruler of Halicarnassus in Caria – a satrapy, or province, of the Persian Empire in southwestern Anatolia. A pirate queen and naval commander, she fought for Persia’s king Xerxes during his invasion of Greece. She was most famous for her role in the naval Battle of Salamis in 480s, which her side lost, but during which she distinguished herself.

Artemisia was the daughter of the king of Halicarnassus, who named her after Artemis, the Greek goddess of the hunt. She married the satrap of Caria, and after his death, she assumed the Carian throne as regent for her underage son. Ancient reports depict her as a courageous and clever commander of men and ships, who preyed upon Greek shipping during the Greco-Persian conflict.

When the Persian king Xerxes invaded Greece, Artemisia distinguished herself as a commander and a tactician in the naval battle of Artemisium, which was fought simultaneously with the more famous Battle of Thermopylae. She caused the Greeks so much trouble that they put a bounty on her head, offering 10,000 drachmas to whoever killed or captured her. None managed to collect the bounty.

In the even greater naval Battle of Salamis soon thereafter, Herodotus describes Artemisia as the only commander on the Persian side worthy of mention: ” I pass over all the other officers [of the Persians] because there is no need for me to mention them, except for Artemisia, because I find it particularly remarkable that a woman should have taken part in the expedition against Greece. She took over the tyranny after her husband’s death, and although she had a grown-up son and did not have to join the expedition, her manly courage impelled her to do so“.

Artemisia escorted Xerxes’ sons to safety after the Battle of Salamis, then faded from recorded history. Legend has it that her end came after she fell madly in love with a man who ignored her. So she blinded him in his sleep. However, her passion continued to burn hot despite his disfigurement. To rid herself of her feelings for him, she decided to leap from a tall rock that reportedly held magical powers, such that jumping off it would snap the bonds of love. Instead, she fell down and snapped her neck.

Grace O’Malley (circa 1530 – circa 1603) was a 16th century Irish heroine, who fought the English on land and preyed upon their shipping at sea. Her English foes vilified her as “a woman who hath imprudently passed the part of womanhood“, and she was mostly ignored by contemporary chroniclers. Yet, her memory lived on in native folklore, and nationalists would later lionize her as an icon of the Irish fight for freedom and struggle against foreign domination.

There were two Irelands in the 16th century, with two distinct cultures. There was Dublin and its surrounding counties, an English enclave ever fearful of the hinterland comprising the rest of Ireland. That rest of Ireland was the land of the native Irish and the Gaelicized Old English, whom the English viewed as uncivilized and wild, given to raid and strife and interminable violence.

Grace O’Malley was born and raised in Connaught, in western Ireland, and belonged to that “wild Irish” hinterland, which consisted of numerous autonomous territories. Its rulers and inhabitants frequently feuded, raided each other, rustled cattle, captured and lost castles and strongholds, and otherwise vied for advantage and dominance. All were part of a clientele system, in which the weak aligned with the strong, offering tribute in exchange for protection.

The O’Malleys were Irish nobility with clients of their own, who looked to them for protection. They were, in turn, clients of another, even more powerful family. They traded produce and raw materials for luxury good, fished, ferried passengers, levied tolls on shipping passing through their waters, and engaged in opportunistic piracy. For protection, the O’Malleys built a row of castles facing the sea.

Grace was married in 1546, and bore three children before her husband was killed in an ambush in 1565. Because of the era’s misogynistic laws, she was unable to inherit her husband’s property, so she settled on Clare Island, and made it her stronghold and base of operations. She started off with three galleys and a number of smaller boats, and began her career in piracy, preying on shipping and raiding coastal targets.

While seething over the laws that deprived her of her husband’s property, and building up her pirate fleet, Grace consoled herself by taking as a lover a shipwrecked sailor. When her lover was killed by a rival family, the MacMahons, history got its first glimpse of Grace O’Malley’s ferocity, To avenge her lover, she attacked Doona castle, where her lover’s murderers were holed up, and killed them. That earned her the nickname: “Dark Lady of Doona“.

She remarried in 1566, but still mad at her sailor lover’s murder, she had another go at the MacMahons in Doona Castle, and seized it by surprising the garrison while they were praying. Around that time, she also went after a thief who stole something from her, then fled to a church for sanctuary. So she surrounded the church and decided to wait him out, offering him the choice of starvation of surrender. He chose a third option, by digging a tunnel and escaping.

Grace became Ireland’s sea mistress, and a pirate queen who controlled the waters around Connaught with an iron fist. She preyed on shipping and coastal communities along Ireland’s western coast, as well as on eastern settlements on the Irish Sea. While expanding her control, she personally led a raid on a seaside stronghold known as Cocks Castle. To commemorate her courage in capturing it, it became known thereafter as Hens Castle.

After defeating the Spanish Armada in 1588, the English were able to focus on consolidating their grip on Ireland, and fighting Irish piracy and pirates such as Grace O’Malley. To resist that English expansion, O’Malley allied with Irish lords rebelling against the English. However, in 1593, the English captured her sons and brother, so Grace sailed to England, to petition Queen Elizabeth I for their release.

She met the English Queen at Greenwich Castle, where Grace reportedly refused to bow, on the grounds that she did not recognize Elizabeth as Queen of Ireland. Elizabeth extracted O’Malley a promise to cease assisting Irish rebels. Elizabeth did not live up to her part of the bargain, however, so Grace O’Malley went back to helping the rebels, and reportedly died in one of her castles in 1603.

Ancient Origins – The Fierce Queen of the Illyrians: Teuta the Untameable

Berkley, Amy, History of Boston and Beyond – Pirate in a Petticoat: the Legend of Rachel Wall

Smithsonian Magazine, August 9th, 2011 – If There’s a Man Among Ye: The Tale of Pirate Queens Anne Bonny and Mary Read