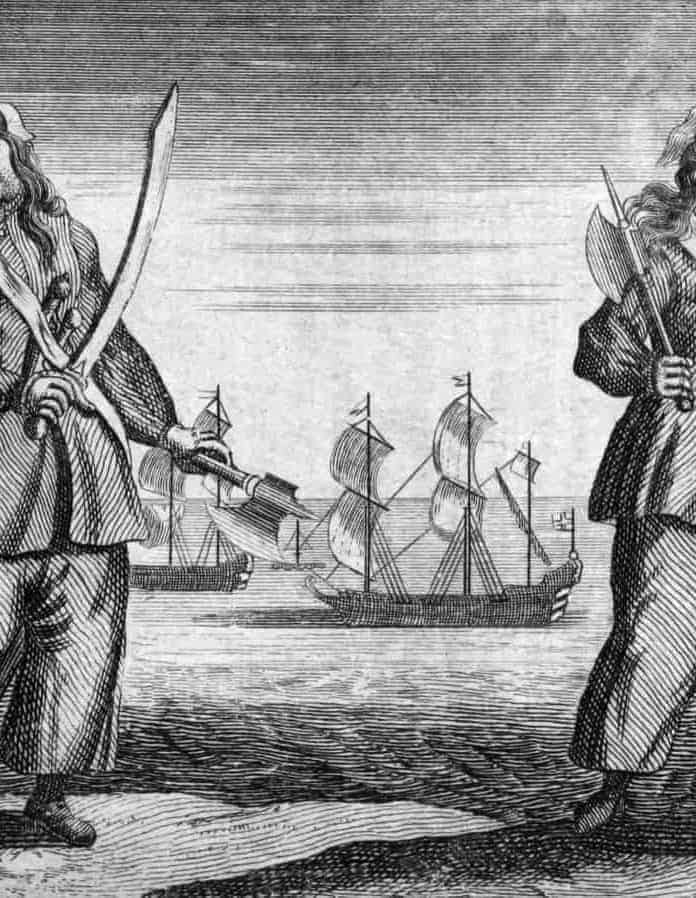 The 18th Century is often considered part of the “Golden Age of Piracy.” It was a time when the lack of control by the great European powers over the new world let piracy run rampant through the Carribean. But that’s not to say that it was ever easy to be a pirate. While some pirates managed to grow fantastically rich, many more ended their career swinging from a gallows. And if the 18th Century was still a tough time to be a pirate, it was also a hard time to be a woman. So, it’s easy to imagine how hard it would be to be both.

But that’s the position Mary Read found herself in during the early 18th Century, which is why she chose to disguise herself as a man. Of course, Mary had a lot of practice at disguising her gender. Her mother worried that her family would disown her if they found out she had a daughter out of wedlock. So, she began dressing Mary up as a boy and passing her off as her older brother, Mark, who had died shortly before Mary’s birth. Apparently, the scheme worked, and Mary spent most of her teenage years as a boy.

Finding life as a man to her liking, Mary joined the British military and fought in campaigns against the French. She proved herself to be an able soldier in Flanders and eventually married a Flemish soldier. After Mary left the military, she and her husband bought an inn in the Netherlands called “The Three Horseshoes.” But after her husband died shortly afterward, Mary re-enlisted in the military as Mark. And after the wars in Europe came to a close, Mary decided to try her luck in the New World and took a ship bound for the West Indies.

But on the way, Read’s ship was boarded by pirates. Believing that Read was a man, they offered her the standard deal: join us or die. Wisely, Mary chose to join the pirates. In 1718, the King offered an official pardon to many pirates in the Carribean, including Mary. She then found work on a privateer ship, raiding the shipping of the enemies of the British Crown. But the line between pirates and privateers was always blurry, and soon Mary decided to cross it and joined up with an infamous pirate, Calico Jack Rackham.

But shortly before he met Read, Captain Rackham had fallen in love with a woman named Anne Bonny. Bonny was the wife of another pirate, but the marriage wasn’t a happy one. And after Bonny met Rackham, she left her husband for the captain, disguising herself as a man to avoid unwanted attention from other pirates. When the pair met Read, they seem to have instantly developed a connection. And in 1720, the three stole a ship harbored at Nassau in the Bahamas and took to the open sea for a life of piracy. But as their reputation as pirates grew, the chance of someone discovering Read’s secret grew as well.