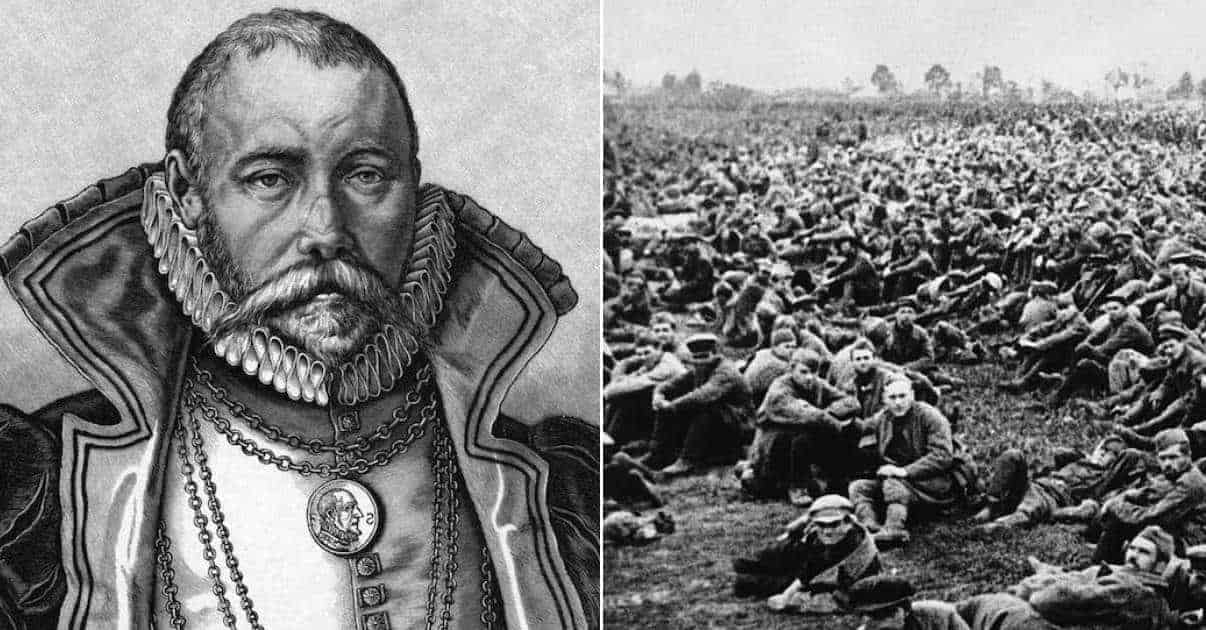 Authorities Warn Citizens to be on Lookout for Saboteurs, Trigger Ruinous Paranoid Panic

In 1629, the governor of Milan, Italy, received an alarming message from king Philip IV of Spain. It warned him to be on the lookout for four Frenchman recently escaped from a Spanish prison, and who might be en route to Milan to spread the plague via “poisonous and pestilential ointments“. Word spread, as the Milanese were instructed by the authorities to be on the lookout for suspicious characters and potential poisoners. The warning fell on fertile soil, since fears that sinister people planned to spread a plague throughout Christendom were rampant in 17th century Europe.

Tensions mounted in Milan in subsequent months, as citizens kept a lookout for suspicious figures. With each passing day, Milanese nerves grew more frazzled and tensions were heightened, as fears mounted of an imminent poisoning. After months of sitting on a powder keg, the city finally erupted in what came to be known as “The Great Poisoning Scare of Milan”.

On May 17th, some Milanese reported mysterious people placing what appeared to be poison in a cathedral partition. Authorities found no evidence of poisoning, but by then, paranoia had gripped the city. The following morning, the Milanese woke to find that all doors on the main streets had been marked with a mysterious daub. Health officials inspected the daubs, found nothing harmful in them, and concluded they were a prank by trolls getting some laughs out of the citizens’ fears.

The Milanese were past official reassurances, however. Taking the mysterious daubs as a sign that the long-anticipated poison attack was finally underway, the citizens gave in to a collective bout of paranoid insanity, and began accusing random people. The accused ran the gamut from strangers on the streets, to various nobles, to Cardinal Richelieu of France or general Wallenstein, commander of the armies of the Holy Roman Empire in the then-raging Thirty Years War.

One of the early victims of the mass paranoia was an old man, spotted wiping a bench in church before sitting down. A mob of crazed women accused him of poisoning the seat, seized him, and began beating him up in church. They dragged him to the magistrates, continuing their violent assault upon him along the way, and ended up killing him en route.

On another occasion, a pharmacist was accused of being in league with the Devil when he was found with unknown potions. After prolonged torture, he changed his protestations of innocence to a confession of guilt, repeating whatever his torturers wanted to hear in order to end the pain. Admitting to working for the Devil and foreigners to poison the city, the pharmacist named other accomplices who were innocent of any crime. They in turn were arrested and tortured, and to end their suffering, they named yet more innocents, repeating the process. All were tried, convicted based on the confessions extracted under torture, and executed.

As paranoia and insanity tightened their grip on the city, many Milanese stepped forward to accuse… themselves. Many went to the magistrates and voluntarily confessed to supernatural deeds, describing meetings with the Devil, witches, sorcerers, and sundry practitioners of black magic, in which they plotted to poison city. As reported, “The number of persons who confessed that they were employed by the Devil to distribute poison is almost incredible“. Many were executed based on their voluntary false confessions.

Bartholomew, Robert E, and Goode, Erich, Skeptical Inquirer, May/ June 2000 – Mass Delusions and Hysterias: Highlights From the Past Millennium

CNN – When Italian Immigrants Were ‘The Other’

Guardian, The – How Prohibition Backfired and Gave America an Era of Gangsters and Speakeasies

Thought Co. – Massacre of British Army in Afghanistan in 1842