This Day in History- Hitler-Stalin Pact was Signed (1939) 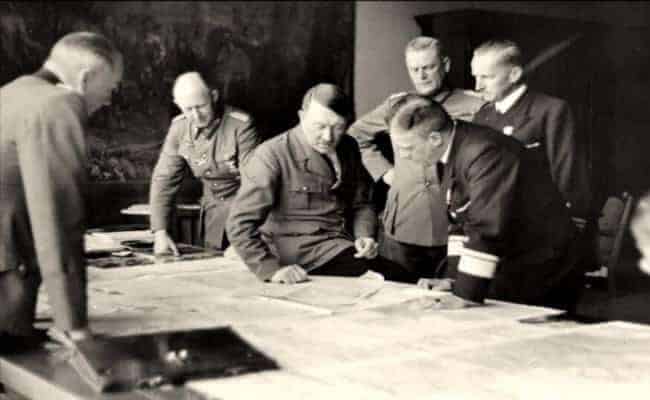 This Day in History- Hitler-Stalin Pact was Signed (1939)

On this day in history, the Hitler-Stalin pact was signed. It is also sometimes known as the Molotov-Ribbentrop pact. It was a non-aggression agreement, with secret protocols signed by the Soviet Union and Nazi Germany. In 1939, the Soviet Union was something of a ‘rogue’ state. It had little or no relations with the western power, who suspected Moscow of trying to spread Communism throughout the world. Despite being ideological enemies, Nazi Germany, and the Soviet Union began secret negotiations in 1939. The situation in Europe was tense and many thought another world war was inevitable. The negotiation for the pact was conducted in secret and overseen by the foreign ministers of the two countries. In 1939, the Pact was announced by the foreign ministers of Germany (Ribbentrop) and of the Soviet Union (Molotov).

The Ribbentrop- Molotov pact, named after the negotiators, as it came to be known, was composed of two parts, a public agreement, and secret protocols. Publically, the pact stated that Nazi Germany and the Soviet Union would not threaten its each others interest or attack the other’s territory. The parties to the agreement stated that they would not go to war with each other.

The war was astounded by the pact and some in the west believed that it meant that it drew the world closer to war.

Much of the Pact was secret. The reasons for this was that it allowed both Hitler and Stalin’s regime to further their national and strategic interests. In fact, many of the articles in the agreement were denied by the Soviets until 1989 and the fall of Communism. One of these secret agreements was that Poland was to be divided between Germany and the Soviet Union. The Soviet Union was allowed to take control of the Baltic States and two provinces in Romania More importantly for the Soviet Union was the fact that Stalin did not want a war and some have speculated that he wanted Hitler and the Western Allies to fight each other and weaken themselves and this would pave the way for a communist revolution. Another reason for Stalin signing the Pact was that he feared an attack from Imperial Japan.

The Pact did not last long as Hitler after he had conquered western Europe and the Balkans decided to invade the Soviet Union in 1941. Stalin was shocked by Hitler’s ruthlessness and when he heard of the invasion he shut himself away and many believed that he actually had some kind of nervous breakdown. The pact had allowed Hitler to achieve his strategic objectives in the west without having to worry about an attack from the Soviet Union.