20 of History's Most Devastating Plagues and Epidemics

20 of History’s Most Devastating Plagues and Epidemics 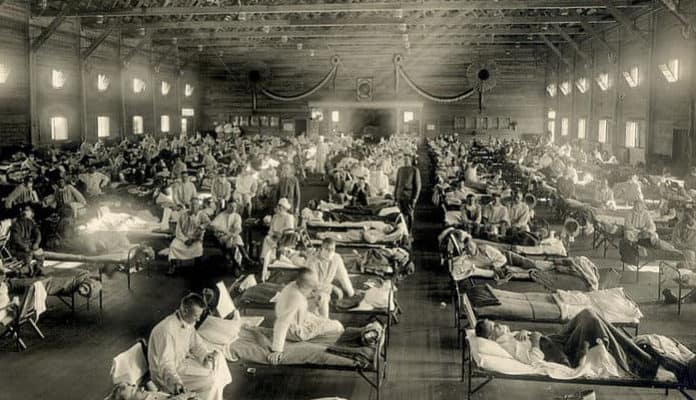 Whilst security concerns typically revolve around armies and nations, the greatest threat to humanity throughout our brief existence comes instead from the most insignificantly tiny lifeforms. Infections and diseases have throughout history laid low kings, destroyed empires, and felled the average person by the hundreds of millions. From the Black Death, culling half of Europe in just five years, to Spanish flu, claiming more lives than the global conflict it succeeded, our ancestors endured an enemy they could not see and understood little of. Today, even armed with modern medicine as we are, we still should not forget the threat posed by the smallest living things sharing our planet.

Here are 20 of history’s most devastating plagues and epidemics:

20. Plaguing our species since the dawn of time, the earliest humans were forced to endure deadly pandemics in a cruel natural sifting of genetic purity

Approximately 100,000 years ago, during the Paleolithic Era, the first known case of plague afflicted humanity. Although details are scarce, gleaned from the slightest traces in archaeological remains, during our early ancestors’ residence in Africa it is believed that a great plague descended upon the region. Decimating the homo sapien population, which dropped potentially as low as just 10,000, the epidemic almost rendered our species extinct. In so doing, however, it is believed the survivors were sufficiently strengthened on a genetic level to endure future outbreaks and pandemics to consequently procreate through the ages.

The oldest known specific strain of plague, dating to approximately 5,000 years ago, the end of the Neolithic Era, and centered on modern-day Sweden, similarly reflects our evolutionary history and longstanding interaction with deadly infections. Believed to have spread along emergent trade routes at the start of the Bronze Age, in conjunction with the birth of settlements encompassing 10,000-20,000 inhabitants, this sudden boom in population density created an ideal breeding ground for plague. Persisting ever since, humanity’s advancement and centralization accelerated the evolution of our ancient microbial enemy and laid the stage for thousands of years of deadly, if invisible, bacterial warfare.