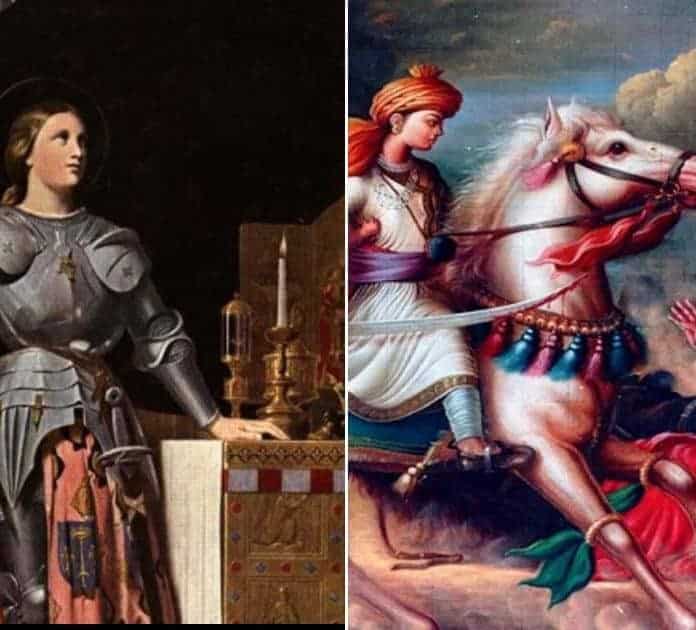 Throughout most of history, the bloody business of war has typically been considered a male occupation; warfare was a profession overwhelmingly dominated by men. Nonetheless, there are records of women who managed to break into and make a name for themselves in this predominately masculine field. It is said that well behaved women seldom make history – especially not military history. Some, however, did just that. Their numbers include women who were skilled and ferocious in combat and exhibited degrees of courage and derring-do in the thick of battle that could put their male counterparts to shame. Their ranks also include women who were capable strategists, good generals, and inspirational leaders who commanded armies in battle.

The stories of some of these female warriors are well documented in the historical record, with numerous references in literary sources. While others’ tales had to be pieced from archaeological discoveries and scantier materials. Despite lack of historical record, their stories persevered- just like the heroines. In addition to their roles as fierce fighters, these female fighters were also expected to take on their domestic roles as mothers, daughters, siblings and wives. But they broke the mould. These women, and so many others, were also ferocious warriors who put fear in the hearts of their foes. Joining the thick of battle while wielding swords, spears, bows and firearms, many women in combat terrorized their opponents. Courageously riding or marching at the head of their troops, leading their commands into combat, many of them routed and put opposing armies to flight.

Following are twelve of history’s most remarkable female warriors:

Ahhotep I (circa 1560 – 1530 BC) was a warrior queen of the Ancient Egyptian Seventeenth Dynasty, who led armies in combat against the Hyksos – foreign Semitic invaders who had conquered Egypt’s Nile Delta. After her husband was killed fighting the invaders, Ahhotep took over Egypt’s throne and armies as regent during the minority of her son, Ahmose I. As regent, she kept up the pressure against the Hyksos until her son was old enough to take over the fight.

According to a stele recording her deeds during this period: “The king’s wife, the noble lady, who knew everything, assembled Kemet [Egypt]. She looked after what her Sovereign had established. She guarded it. She assembled her fugitives. She brought together her deserters. She pacified her Upper Egyptians. She subdued her rebels, The king´s wife Ahhotep given life. … She is the one who has accomplished the rites and taken care of Egypt… She has looked after her soldiers, she has guarded her, she has brought back her fugitives and collected together her deserters, she has pacified Upper Egypt and expelled her rebels.”

Eventually, Ahhotep’s son came of age, took over the reins of power, drove out the Hyksos, and reunified Egypt. He then went on to found the Eighteenth Dynasty, Ancient Egypt’s most famous and successful. During that dynasty, the Egyptian Empire reached the zenith of its power, stretching from Syria in the north to Nubia in the south, and from Mesopotamia in the west to the Libyan deserts in the west.

While her son was busy in the south warring with Nubians, a cabal of Hyksos-sympathizing rebels attempted to seize the throne. Ahhotep rallied loyal troops, fought them off, and foiled their attempt. For that, she was rewarded with the “Golden Flies of Valor” – Ancient Egypt’s highest military award for courage – which was discovered by archaeologists in a tomb, along with weapons and jewelry, thousands of years later.