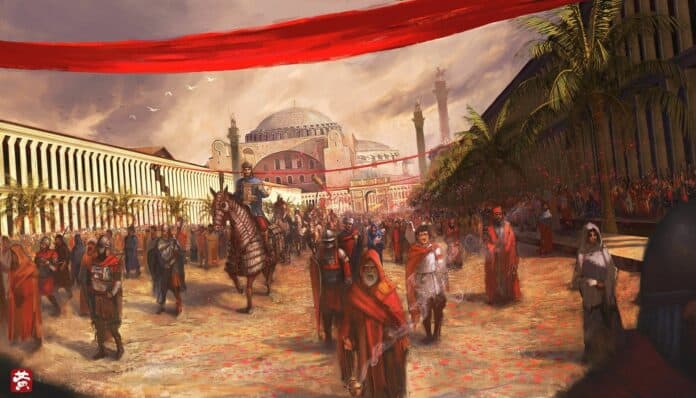 The western half of the Roman Empire collapsed in 476, but the Eastern Roman Empire, also known as the Byzantine Empire, survived for almost another millennium. During that long stretch, the Byzantines demonstrated a remarkable resilience that allowed them survive numerous setbacks. Each time – except for the final setback in 1453 – the Byzantines adapted to changed circumstances, survived, and continued on. Following are forty things about some fascinating Byzantine Empire facts.

40. They Byzantines Did Not Refer to Themselves as “Byzantine”

The Byzantine Empire was a continuation of the Roman Empire, whose western half collapsed in 476. It lasted from late antiquity, through the darkest days of the Dark Ages, into medieval Europe and the early Renaissance. Its power waxing and waning over centuries, the Byzantine Empire endured and bounced back from repeated calamities, surviving until 1453, when the Ottoman Turks conquered its capital and final stronghold, Constantinople.