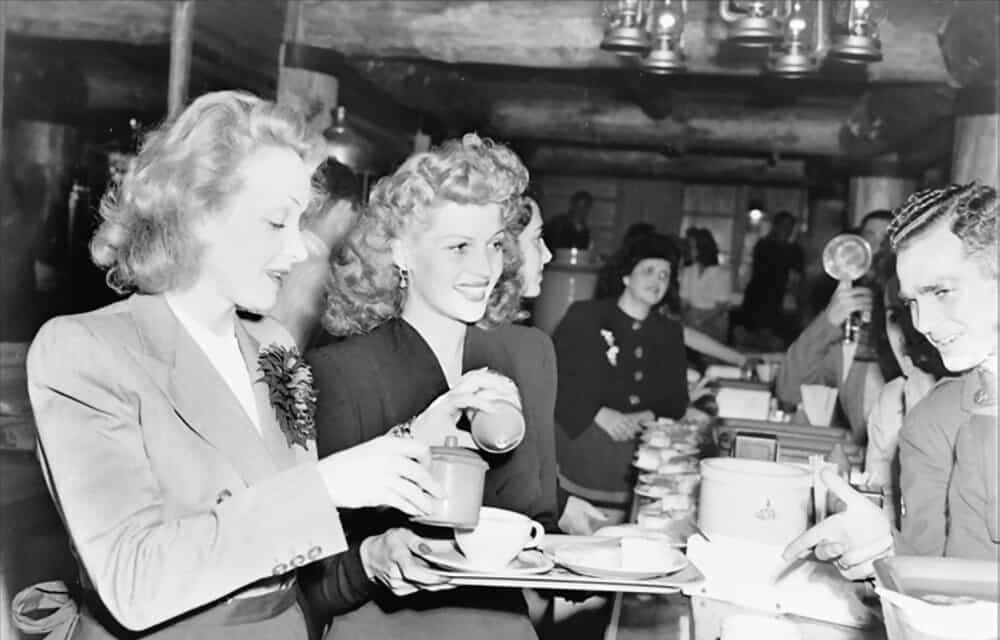 16. The Royal Hawaiian Hotel became a haven for submarine sailors

When it opened in 1927, the Royal Hawaiian Hotel on Waikiki Beach, Honolulu, established the standard for luxury in the Territory of Hawaii. Douglas Fairbanks and Mary Pickford stayed there. So did President Roosevelt, in 1934. It offered hundreds of rooms, ballrooms, lounges and dining rooms, bars (one of which claimed credit for the invention of the Mai Tai) and its own beachfront, with separate lounges and umbrellas for every room. In addition to the beach there were swimming pools, where lunch could be served to those who wished it. But, in 1942, the US Navy requisitioned the hotel. The staff remained in place, for the most part. Beginning in 1943 the Royal Hawaiian began its war service as the site for rest and recreation for the crews of the US Navy submarines operating out of Pearl Harbor. A crew returning to Pearl had the Royal Hawaiian at their disposal.

A relief crew manned the submarine while those fresh off patrol stayed at the Royal Hawaiian. The beach front featured barbed wire, to keep trespassers from interfering with the relaxation of the submarine sailors. They ate in the ball room, converted to a mess hall for the enlisted, foods prepared by the Royal Hawaiian staff. Officers had a wardroom in one of the former dining rooms, and bars were converted as enlisted and officer’s clubs. They were assessed a nominal charge as a laundry and linens fee. Those submarines that returned from patrol to dock at Midway Island (many did, when Pearl’s docks were crowded) missed out, and return to Pearl became the goal of Pacific submarine crews. For two weeks they enjoyed the amenities none could afford in peacetime, after which they returned to the extremely hazardous duties aboard the submarines.

17. Bob Hope started a second career entertaining the troops in all theaters

On September 1, 1939, RMS Queen Mary departed Southampton for New York, part of the ship’s regularly scheduled Atlantic crossings. That same day, German forces invaded Poland. Before Queen Mary reached New York war had been declared between the British Empire and Nazi Germany. The huge luxury liner was not in any immediate danger, its speed could easily allow it to outrun any U-boats which it may encounter on the high seas. German surface raiders posed a more dangerous threat, but the Queen could outrun them as well. Still, passengers and crew became uneasy, and questions regarding the fate of the ship, such as its future during a time of war, haunted the passengers. Aboard the vessel was British born American entertainer Bob Hope. Hope presented himself to the captain and offered to perform an impromptu show, to help quell the unease.

The captain accepted with alacrity, and Hope performed the first show in what would become a career entertaining those caught in war which lasted over five decades. When the USO formed in the United States in 1941 Hope became an early and dedicated supporter, both with his money and with his time. Author John Steinbeck served as a war correspondent during World War II, and wrote of Hope, “It is impossible to see how he can do so much, can cover so much ground, can work so hard, and can be so effective. He works month after month at a pace that would kill most people”. Both Hope and his longtime friend Bing Crosby were offered commissions as officers in the United States Navy (which wanted them for themselves), but FDR intervened, desirous that the pair continued to entertain troops of all the American services.

18. The Germans recognized the value of the American USO shows

The entertainment shows which crisscrossed France and Italy after portions of those countries fell under Allied control were hugely successful in boosting morale of the troops. The fact was not lost on the Germans. Using agents and spies, the Germans made several attempts to attack the traveling troops, believing the effect on morale would be hugely detrimental. Another war correspondent, Quentin Reynolds, wrote in Billboard, “â€¦One of the generals said Hope was a first rate military target since he was worth a division, that’s about 15,000 men”. On one tour in France the Germans targeted Hope and his troupe at least three times, missing him in each attack. Years later, the Viet Cong did the same during one of Hope’s Christmas Shows during the Vietnam War. Hope’s support of the military remained tireless, despite the changes in public support for war in the 1960s.

When combat operations ended in Europe and the United States initiated Operation Magic Carpet, the massive sealift which brought American troops home, the USO announced the need to continue USO shows in Europe. The landscape of Western Europe was shattered, the atmosphere depressing, and occupation troops were still needed. Even though the war in Europe was ended, Hope offered his services to continue providing entertainment, as well as recruiting other stars to join in the effort. Hope never made a dime for his services to the USO, and instead spent freely of his own money to entertain the troops during the war, and through the remainder of the 20th century. He also made several films during the war years, and nearly uncountable radio appearances, indicating the man really was tireless. Eventually he hosted 57 touring USO Camp Shows over 50 years.

19. The military helped entertain potential recruits before they entered the service

During the Second World War a series of Hollywood films, featuring major stars of the day, were created to entice potential recruits into select branches of the service. One example is 1943’s Crash Dive, starring Tyrone Power in his last film before entering military training himself. In the film, Power plays an officer assigned to PT Boats who reluctantly enters submarine training. Eventually, he comes to enjoy the submarine service, while acknowledging all the various branches of the Navy had important contributions to make in the war effort (in real life Power served as a Marine cargo pilot, often ferrying wounded Marines off of islands where combat still raged). The same year saw the release of Bombardier, a film which followed the training of six friends in bombardier school. The film included an introduction by Brigadier General Eugene Eubank, which stressed the critical need for trained bombardiers.

Other films used direct appeals from established stars, rather than fictionalized stories. James Stewart, who served with distinction in the USAAF, narrated a recruiting film for the Army Air Forces. Stewart appears as a pilot, addressing an audience through the fourth wall, and allowing them to experience the recruiting and training process. The recruits come from positions on the social and educational ladder, though none are Black, as the US Army remained segregated at the time of the film’s release in May, 1942. The film was so successful as a recruiting tool that the USAAF attributed 150,000 enlistments from its audience, which viewed the film as a short accompanied by whatever feature they went to the theater to see. By then, James Stewart was flying combat missions over France and later Germany as part of the 8th Air Force.

All branches of the military used films as a means of providing training to their members, some serious in nature, other comedic. Some used live actors in various scenes and vignettes, others relied on animation. A series of Army short films starring Private Snafu addressed subjects such as avoiding scams, sexually transmitted diseases, enemy agents and spies, and other potential pitfalls of military life. The Snafu shorts were written by Theodore Geisel (Dr. Seuss), and voiced by Mel Blanc (Porky Pig, Bugs Bunny, Foghorn Leghorn, and many, many more). A Navy version, featuring Seaman Tarfu, was also created, but for the most part Navy recruits watched the Snafu shorts. They can be watched on Youtube and other sites, and they are solid evidence that political correctness in the 1940s was considerably different than in the 21st century.

Bolstering morale by entertaining the troops was a massive undertaking during the Second World War, yet even with all that was accomplished by volunteers and the military, boredom remained a dominant factor of military life. Soldiers, sailors, airmen, and Marines all sought other means to alleviate it, with varying degrees of success. The USO formed at the request of President Roosevelt has remained in operation ever since. So has Armed Forces Radio. So have efforts to provide the military with first-run films and other forms of entertainment. Since World War II, in peace and in times of conflict, providing quality entertainment to troops overseas as well as at home has been a major endeavor by the Armed Forces of the United States. Today’s USO and military use state of the art technology to address the issues of keeping the troops entertained and informed.

“Reflections: Some â€˜em if you got â€˜em”. Artlcle, Army History.org. Online

“Why Marlene Dietrich Was One of the Most Patriotic Women in World War II”. Danielle DeSimone, USO.org. March 5, 2020. Online

“So Ready for Laughter: The Legacy of Bob Hope”. Exhibit, The National Museum of World War II, New Orleans. Online