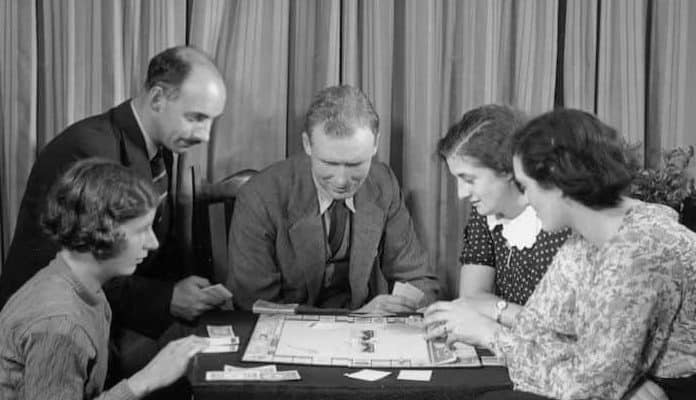 The Great Depression began with the stock market crash on October 24, 1929. Today, we remember this date as “Black Thursday.” The day where stockholders sold and traded over 12 million stocks. However, the panic didn’t end there. The following Tuesday, which went down in history as “Black Tuesday,” saw over 16 million shares traded. Because of this, millions of stocks meant nothing. They were no longer worth any money to anyone. From there, the economy became a domino effect.

Because people weren’t able to buy products like they used to, stores suffered. At first, people started to purchase items on credit, but soon stores stop allowing this or closed because they couldn’t sustain themselves. However, stores weren’t the only businesses to close. Banks also closed, leaving people with very little to no money. America saw one of its worst cases of unemployment ever. About a year after the stock market crash, 4 million Americans were out of work. The following year, this number rose to 6 million.

While this wasn’t the first economic depression the United States dealt with, it became one of the most notable economic downturns in American history. Millions of investors became bankrupt after this crash, which in turn caused panic throughout the United States. Not even some of the most established businesses and wealthy people were except from losing everything during the Great Depression. Of course, the United States government helped with what they could. However, it would take about a decade for America to see the light at the end of the tunnel.

The Great Depression would survive throughout the 1930s, mostly because of the Dust Bowl. Many historians believe the Dust Bowl is the worst environmental disaster to happen during the 20th Century. The Dust Bowl started in 1930 with drought across the Southern and Midwest plains. A year later, huge dust storms began to form. Farmers quickly began losing their land to the dust storms. Without their property, they weren’t able to produce food for themselves or their community.

People didn’t have much money during the Great Depression, but that didn’t mean they couldn’t play a board game and act like it. Monopoly, one of the most popular board games of all time, started to quickly make its way into the homes of people beginning in the mid-1930s. While Monopoly officially received a patent in 1904, Elizabeth Magie invented the game around 1902. Magie, who was against capitalism, wanted to show the world how capital is evil with the real estate game.