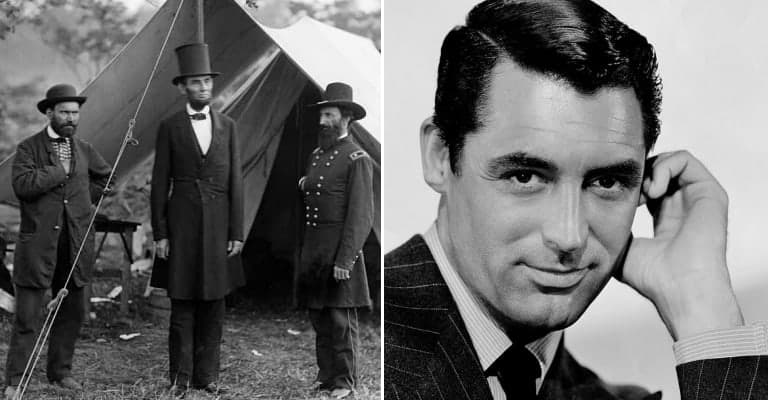 18. Benjamin Franklin was a double agent while in Paris during the American Revolution

Benjamin Franklin’s status as a Founding Father is unquestioned. So is his standing as a scientist, inventor, writer, diplomat, and philosopher. Less known is his status as a spy. Franklin, while serving as one of America’s representatives to France during the Revolution, was also a spy for the British, though not for the party in power. From his long service in London as Massachusetts’ representative to the Court of St. James, Franklin knew many influential British politicians and businessmen sympathetic to the American cause. He made sure that those men were kept abreast of the events which brought about French and Spanish support of the Revolution, as well as the financial support from the Dutch.

Franklin’s wily use of the British politicians and businessmen to shift public opinion in Britain did not go unnoticed. Frequent complaints were made that the British seemed to be aware of confidential discussions between the American commissioners almost immediately. John Adams confided his suspicions of Franklin to his diary and to his wife, Abigail. But Franklin persisted, giving the British information which shaped not only their war effort, but their position in the negotiations in Paris. It was from Franklin they learned that the United States would never allow a separate state for the occupation of Indian tribes on the Northwestern border, a demand the British dropped in 1781.

George Washington is reputed to have been unable to tell a lie. In reality, he was one of the greatest deceivers in history. He practiced all of the arts which later became known as espionage. Washington created, and directly supervised, intelligence networks throughout the thirteen rebellious colonies, using devices with which James Bond would later be familiar. These included invisible inks, patch codes, wheel codes, information dead drops, personal ads in newspapers, messages hidden in Bible verses, and many other techniques. Washington took a personal interest in all of them, intended to not only keep him updated on British activity, but also to deceive the enemy regarding his own intentions.

Washington was particularly enamored with the technique which another George – George Orwell – would in a later day name disinformation. His agents were given information to provide the British in the shops and taverns of Philadelphia and New York which described his troops’ strength and dispositions in terms advantageous to the Americans, causing the British to respond accordingly. Washington’s deceptions caused the British in New York to continue preparations to defend against an assault on the city even as the French and American armies were on the march to Yorktown in 1781. Spying and counterespionage were major tools of the Continental Army throughout the Revolutionary War, applied directly by its Commander in Chief.

20. Julia Child worked for the OSS during the Second World War

Strictly speaking, Julia Child was not a spy, but an intelligence officer. When the United States entered World War II she attempted to join the Army. Rejected because of her height (6’2″) she volunteered for service with the newly formed OSS. William Donovan accepted the graduate of Smith College, and she worked for him directly as a research assistant. Initially, her duties were strictly clerical, creating and maintaining files which contained the identities and whereabouts of OSS employees. Gradually she became more involved with the agency’s many activities, including the development of a shark repellent for which she was largely responsible.

In 1944 she was sent to Ceylon, and later to Kunming. It was there she became exposed to French cooking for which she later became famous. She worked as an office administrator, supervising the activities of dozens of agents and operatives. Her posting exposed her to highly classified communications and activities which preceded the invasion of the Malay Peninsula, and required her to coordinate the activities and reports of other Allied intelligence services, including Army and Navy Intelligence and the British activities in the area. Following the war her husband Paul, also an OSS member, was stationed in France, and Julia went with him, studying French cuisine at Le Cordon Bleu, and discovering her life’s calling.

21. Margaretha Zelle – Mata Hari – was likely not a spy at all

Mata Hari was a dancer and entertainer who falsely claimed an exotic background as part of her stage persona. She claimed to be of Javanese background in pre-World War I Paris, danced in Javanese costume when she didn’t dance naked, and became celebrated throughout Europe. In truth, she was Dutch-born, sexually promiscuous, and of no particular political orientation. Known internationally for her wide range of lovers, she was regarded as both scandalous and a sex symbol. During World War I, she was approached by the French, Belgian, British, and German governments with requests for her to obtain military information from her various consorts to serve their respective interests.

When she was finally charged with spying for the Germans by the French, who claimed her actions had led to the deaths of “50,000 soldiers”, there was little evidence to support the action. Neither the French nor the British, who had previously detained and strenuously interrogated her, could offer evidence of her spying for the Germans, beyond receiving money from a German embassy. She claimed the money was payment for sexual services. No evidence of any military secrets being exchanged was presented, and none has ever been discovered. She was convicted by a French court and executed by a French firing squad. Later research revealed that the prosecutor presented falsified information at her trial. In all likelihood, the most famous female spy in history was not a spy at all.

22. Chuck Barris falsely claimed to be a spy and assassin for the CIA

Before he found fame and fortune creating game shows for television, Chuck Barris wrote the song Palisades Park, which became a major hit for Freddy Cannon. Barris then created television shows such as The Dating Game, The Newlywed Game, and The Gong Show. Barris’s television productions and investments made him a wealthy man, though he was seldom seen on camera before the creation of The Gong Show in 1976. In 1984 Barris published an autobiography which explained why he was seldom on camera. According to his story, he worked throughout the 1960s and early 1970s as a spy and assassin for the Central Intelligence Agency. A movie based on the book, Confessions of a Dangerous Mind, was released in 2002.

Barris’s claims to have been employed by the CIA as an assassin were believed by many, though they were immediately refuted by the agency. To some, the refutation is in itself not a denial, given the mission and reputation of the agency. Barris recanted the claim in 1984, saying that he had applied to work for the agency and was denied. He told an interviewer that the tales of his working as an assassin in the book were simply a fantasy of what he would likely have done for the agency. There are those who still believe that he worked for the CIA during the 1960s, and that the actions are being covered up by the government. Such is the nature of espionage. Truth and lies are often indistinguishable.

“Brad Meltzer is out peddling the myth that Houdini was a spy”. John Cox, Wild About Harry. March 6, 2018. Online

“Why Marlene Dietrich Was One of the Most Patriotic Women in World War II”. Danielle DeSimone, USO Stories. August 8, 2019. Online

“From Richard Whiteley to Cary Grant: a speculative history of celebrity spies”. Staff, The Telegraph. March 2, 2017

“Disney Link to the FBI and Hoover is Disclosed”. Herbert Mitgang, The New York Times. May 6, 1993

“How Graham Greene got into the espionage business”. Duncan White, Inside Hook. September 3, 2019. Online