Before She was a Professional Chef, Julia Child Was a Secret Agent 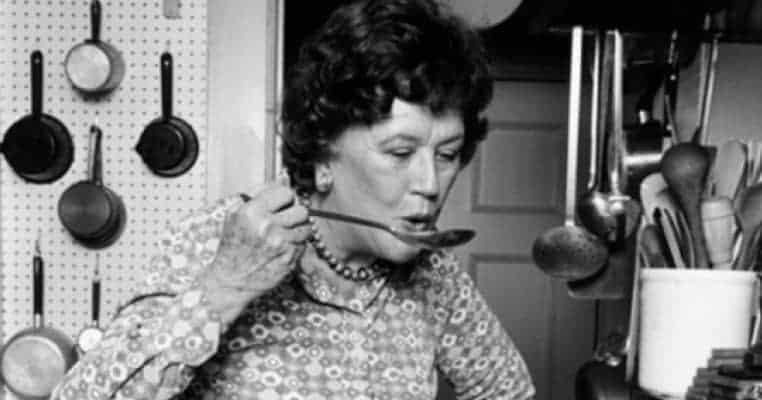 Before She was a Professional Chef, Julia Child Was a Secret Agent

You may already know Julia Child from her TV series on PBS called The French Chef, or her bestselling book, Mastering The Art of French Cooking. She was well-loved for her positive attitude about attempting to cook complicated recipes despite not having very much experience. Most people looked up to her as a role model for learning how to cook French cuisine. However, very few people know about her life before she was a celebrity chef. Believe it or not, she was an agent for the OSS, which was the precursor to the CIA. She spent years of her life traveling around the world as a spy for the US government.

Julia McWilliams was born in Pasadena, California, and she attended the prestigious Smith College. While in school, she studied English Literature, and dreamed of becoming a novelist. She was very involved in the drama club, student council, and basketball team, but since it was an all-female school, she did not do much dating. After she graduated from college, Julia was very disappointed that there were very few options in the workforce. During a 1995 interview, she said, “Well, everybody in my era- that was in the 30’s, when you graduated from college…Women weren’t supposed to do anything. There was nothing open for you. Women were supposed to be a teacher, a nurse, or a secretary.”

She moved to New York City in hopes of getting a job at one of the major newspapers or publishing houses. After applying to several publications, she was rejected. Julia began copywriting marketing materials in a public relations firm, instead. By the time she was 30 years old, she was already sick of the job. She was not married yet, either. By 1940’s standards, she was becoming an “old maid” with little hope of finding a husband. Julia decided that she wanted to completely change her life and start over.

After the US entered World War II, Julia wanted to offer her services by enlisting in the US army. She said, “World War II came along, and you realized that you were saving the world. Everybody that I knew was in the army, or navy, or down in Washington. So that’s where I went.” She enlisted in the Women’s Army Corps, but she was rejected for being too tall. Standing at 6 feet 2 inches, she was far too tall for any of the female uniforms or facilities that would have been available to her. So she decided to enlist in the Office of Strategic Services (OSS) instead. This was the precursor to the Central Intelligence Agency- better known as the CIA.

Julia moved to Washington DC to work for the OSS under General William J. Donovan. There were 4,500 women who joined the OSS at that time. Like most of the other women, Julia was given administrative tasks by typewriting top-secret messages on small cue cards to file away. She later said that since she could not speak a second language, and she did not have any particularly special skills to offer as a spy, her only option was to help filing paperwork. But this was still far more exciting than any other job option she had waiting for her back at home. It was also a huge improvement compared to her copywriting gig in New York. 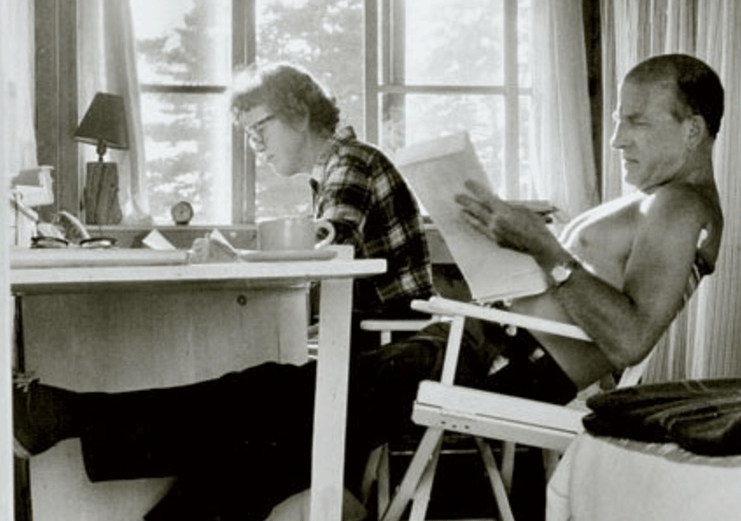 Working for the OSS wasn’t just an improvement in her professional life. It also completely transformed her personal life for the better. Julia met her future husband, Paul Child, in the OSS. They worked together, and fell in love. Paul was born and raised in Montclair, New Jersey, which is an affluent suburb near New York City. He was raised with a sophisticated array of cuisine from around the world. Basically, he was a major foodie, and he introduced his love of food to Julia. They traveled around the world together doing this spy work. An entire book was written by Jennet Conant about their adventures, called A Covert Affair: Julia Child and Paul Child in the OSS.

During the war, the US Navy had a strange issue that they never expected. Twenty naval officers were attacked by sharks that were swimming into mines that were meant to take down German u-boats underwater. So in order to stop the sharks from getting near the mines they had to develop a shark repellent that would keep them far away from blowing themselves up. The lab was led by two scientists; Captain Harold J. Coolidge from the Harvard Museum of Comparative Zoology, and Henry Field, who was the Curator at Chicago’s Field Museum of Natural History. They approached General Donovan about creating a new group called The Emergency Rescue Equipment, or ERE.

General Donovan chose Julia for the job. At the time, she was actually terrible at cooking, and joked that it should be easy to figure out things sharks don’t like to eat. The team experimented with over 100 different substances, and they eventually settled for copper acetate, which had a 60% success rate. However, while it helped with sharks, they realized that other deadly fish, like barracudas and piranhas, were still a very real issue. So they settled on a black cake made out of dead shark meat mixed with the copper acetate. They were kept in tin cans, and spies would attach one of these little black cakes to their scuba gear while they were underwater. Each one of these successfully repelled carnivorous ocean life for 6 to 7 hours each.

In the book Sisterhood of Spies, Julia Child recalled how she felt about working together with the ERE. “I must say we had lots of fun. We designed rescue kits and other agent paraphernalia. I understand the shark repellent we developed is being used today for downed space equipment—strapped around it so the sharks won’t attack when it lands in the ocean.”

In 1944, Julia had risen in the ranks of the OSS until she reached the highest security clearance. Julia was sent on a mission to Sri Lanka, where she lived until 1945 as the Chief of The OSS Registry. On her termination papers at the end of the war, it says that her salary at the OSS was $2,980 per year. After inflation, that’s more like $41,281.07. So, while she made a decent living working for the government, her real success story was ahead of her.

After the war was over, Julia married Paul Child in 1946. Paul decided to take advantage of the peace time by applying to new government jobs in Europe. Child was relocated to Paris to work for the US Information Agency. This was perfect for Julia, because she had dreamed of living in France for a very long time, and she was studying the French language in her spare time.

As a newly married woman, Julia was no longer interested in doing government work, and wanted to try something different with her life. This is when Julia began taking classes at Le Cordon Bleu which is the most prestigious culinary school in all of Paris. She was one of the only women in her class, because there were very few female professional chefs. But she was already used to being surrounded by men in the OSS, and she excelled in cooking with her positive attitude.

In the 1950’s, people were interested in French cooking, but there were very few options outside of a magazine called Gourmet, which had direct translations from French cookbooks. Julia Child met other English-speaking women who had trained at the Cordon Bleu in Paris, Simone Beck and Louisette Bertholle. They published their own cookbook called What’s Cooking in France in 1952. They began working together with Julia Child to write a new cookbook, which was meant to be a comprehensive guide to the most popular French dishes. She wrote the book in such a way that made it easy for people to understand. One of the other goals of the book was to choose recipes with ingredients that were readily available in every American grocery store.

Sadly, after spending five years living in Paris, Paul Child was relocated to Germany, so they had to move. Julia was miserable living in Germany, especially after spending all of World War II seeing them as the enemy. She could not speak German, either, and so she spent more of her time in isolation working on the cookbook. Then, they were relocated to Washington, DC. However, Paul Child ran into some disagreements with his employers, and ended up retiring in 1961.

This is most likely what motivated Julia to finish her cookbook and make it a financial success, in order to help support the both of them. Mastering the Art of French Cooking was published in 1961, when she was 49 years old. The book became a smash hit. After the success of her cookbook, Julia Child went on to star in her own TV series. Her show aired on PBS for over 10 years, and she went on to win an Emmy. The show was considered to be such an important part of American culture, that her kitchen was recreated at the Smithsonian Museum of Natural History. According to Celebrity Net Worth, Julia Child was worth $38 million when she died.