Successful and Unsuccessful Lovers of the Rich and Powerful in History 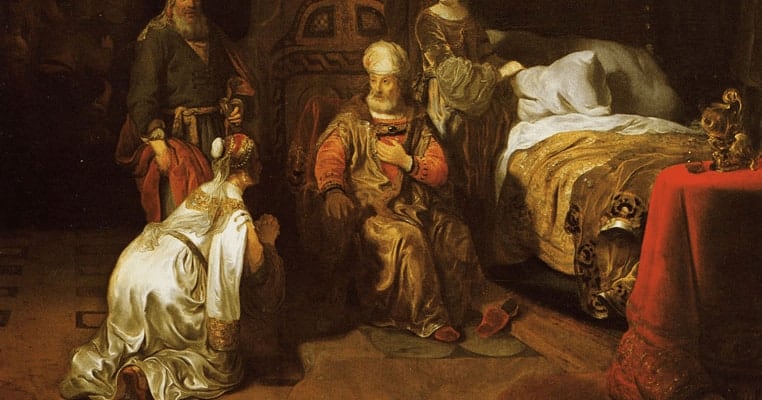 Successful and Unsuccessful Lovers of the Rich and Powerful in History

3. Eva Braun was “the unhappiest woman in Germany” according to Hitler’s Chauffeur.

Quite what Eva Braun saw in Nazi dictator Adolf Hitler is uncertain. Today, Hitler is notorious for his policies of death and genocide. But on a personal level, it seems he didn’t treat his young mistress particularly well. Eva had met Hitler when she was 17 years of age, and over time, the pair formed a relationship. However, Hitler frequently ignored and sidelined his mistress, banishing her from the room when he had guests. Eva was left to eat alone, with only Hitler’s photograph for company. Eva’s diary was full of complaints about her lover’s neglect and Hitler’s chauffeur, Erich Kempka, described her as “the unhappiest woman in Germany.” But Eva stuck with her “Wulf” for 16 years, refusing to leave him when was clear Germany had lost the war. The couple were marrying just before they committed suicide together in 1945.

2. Like Eva Braun, Clara Petacci died with her lover, Mussolini. However, she didn’t have a choice between life or death.

Clara Petacci first became Mussolini’s lover when she was 19 and Mussolini 48. The pair separated for two years and reunited in 1936 when Clara became the dictator’s permanent mistress. Clara received private apartments, bodyguards and a chauffeur. Mussolini was no more faithful to her than he was his wife, and other women visited him daily. But Clara was his closest confidant and “amore” — in death as well as life. Clara may have chosen to stay with Mussolini after his downfall in April 1945. However, she had little choice but to die with him as Italian partisans captured and shot the pair soon after. Clara’s body was then hung upside down on public display, next to her lover.

1. Valentina Istomina survived as Stalin’s lover by staying quietly in the background.

Joesph Stalin was renowned for his cruelty to the Soviet people and his wives and children. However, there was one woman who was close to him who he spared his cruelty. For eighteen years, Valentina Istomina was Stalin’s housekeeper and his lover. The pleasant and agreeable “Valechka” navigated her life with Stalin by staying in the background. She cared for him in a quiet, unassuming way, never seeking to appear more than his employee — and keeping well out of politics. All of this could have been a simple survival technique. However, it seems Valechka did genuinely care for Stalin. When the dictator was on his death bed, Valechka came to say goodbye. She placed her head on Stalin’s chest and remained there, wailing at the top of her voice.

The Most Ambitious Historical Figures Who Schemed Their Way To The Top, Carly Silver, Ranker.com

Who’s Who in the Greek World, John Hazel, Routledge, 2000

Daisy Greville: I Did It My Way, Matthew Brunt, Warwick Castle March 8, 2017

Henry VIII’s mistresses: who else did the Tudor king sleep with? Amy Licence, History Extra, May 2, 2019