Today In History: King Ludwig I of Bavaria Abdicates His Throne During the Revolution (1848) 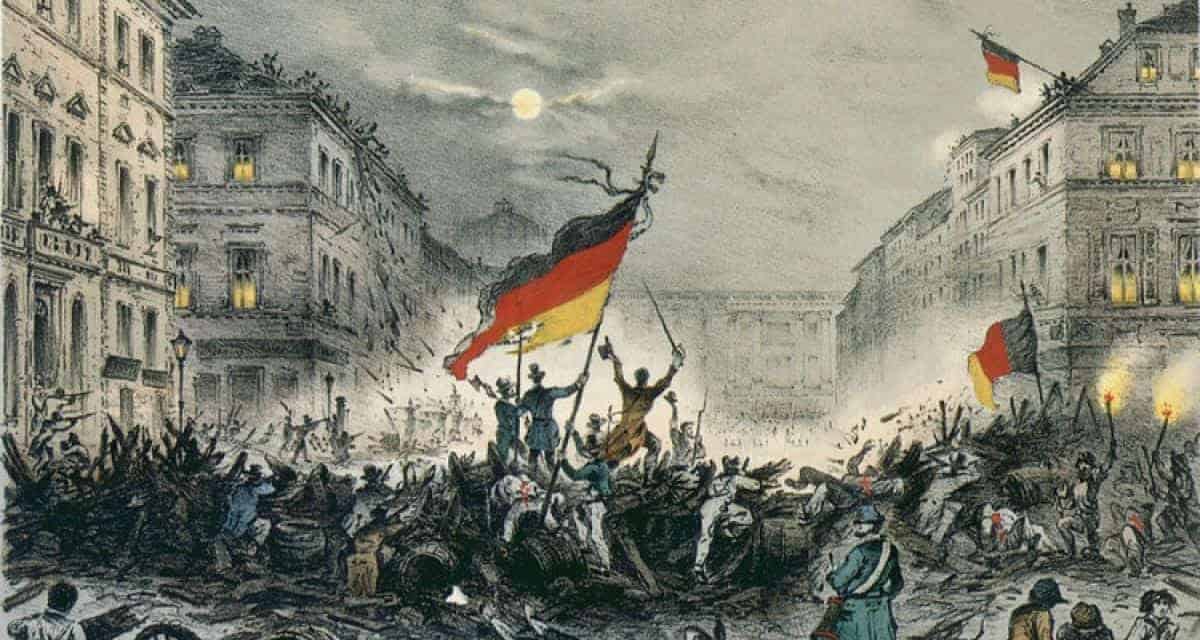 Today In History: King Ludwig I of Bavaria Abdicates His Throne During the Revolution (1848)

Ever wonder about the history of the German flag? It is entwined with the March Revolutions, which raged for a long while until this day in 1848 when King Ludwig I of Bavaria abdicated his throne.

The abdication was spurred on by a string of revolutionary demonstrations happening throughout European countries. Underpinning the protest was discontent over autocratic political systems. This was especially true in the German territories, where the emphasis was placed on German unification of its fragmented 39 independent states which were part of the Confederation made from the former Holy Roman Empire.

Citizens living in the independent states making up the middle-class wanted better working conditions. The conservative aristocracy would not negotiate, forcing many to resort to exile to escape political persecution. Those who left were known as the “Forty-Eighters” as many of them made their way to the United States.

Reasons behind the March Revolution are many. The groundwork had been in place for a long time, it was just a question of when it reach its tipping point. Widespread discontent based on heavy taxation and political suppression found a window of unity during the Hambacher Fest, when the colors black, gold and yellow (the same ones making up the German flag) were used to symbolize German-speaking unification.

The festival turned into a revolution that began in Vienna and spread throughout Austria, and then into Germany. In Bavaria, the King’s personal lifestyle gave those in power around him reason to want him out of power. His favorite mistress, a dancer and actress, did not impress either the Church, nor the aristocracy.

The woman made matters worse by suggesting that the Protestant prime minister should enact reforms, which enraged the Church. The King finally abdicated, but the sting of humility was surely lessened, as he gave the throne over to his son.