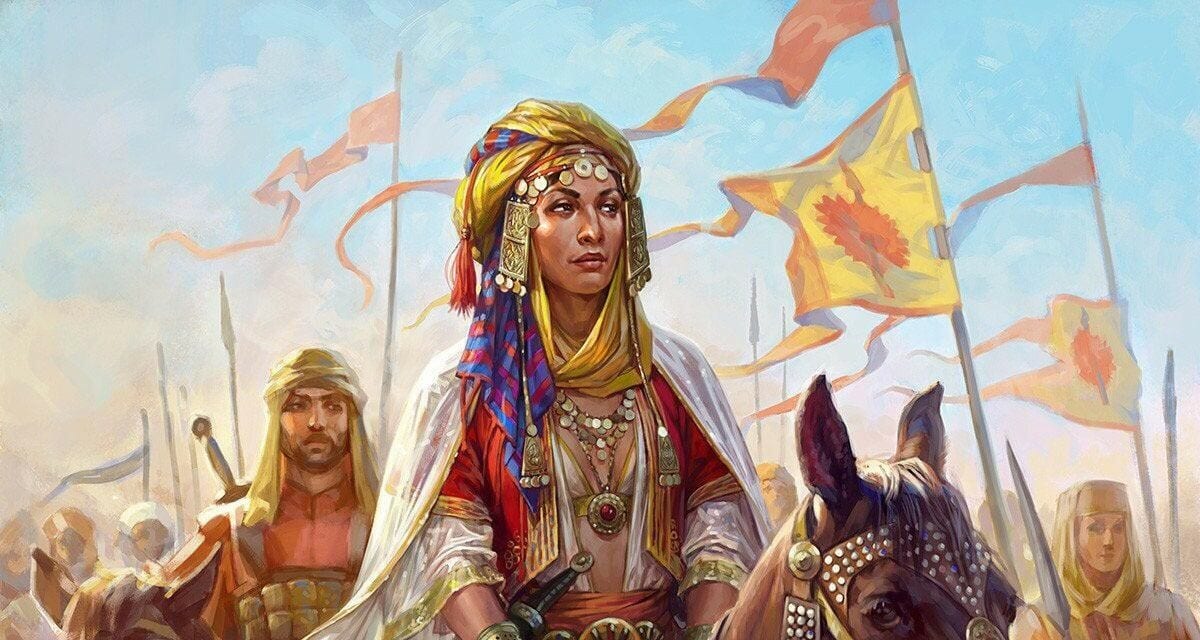 Before long, Cheung Po Tsai had become the Chings’ favorite protege and subordinate and was adopted by them. After Cheng’s untimely death by drowning, Madame Ching took over his pirate fleet, and she selected Cheung as her right-hand man. The pirate queen and her adoptive son soon developed an incestuous affair, and eventually married. Madame Ching’s scale of piratical operations far exceeded anything seen in the Caribbean in the Golden Age of Piracy. At the height of her power, she controlled over 300 ships, and commanded up to 80,000 outlaws.

To put that in perspective, Blackbeard, the Age of Piracy’s most notorious villain, commanded no more than 4 ships and 300 men. With her massive armada, Madame Ching controlled and held for ransom the shipping lanes around southern China. Her widespread depredations and the resultant outcry finally compelled the Chinese authorities to launch a massive campaign to eradicate piracy and restore order. In 1810, she saw the writing on the wall, decided that discretion was the better part of valor, and accepted a pardon. Madame Ching abandoned piracy, and returned to her hometown, where she opened a gambling house and brothel. She died peacefully in bed in 1844, surrounded by her family.

Boudica (circa 25 – 61 AD) was an ancient British warrior queen born into a tribal royal family, who as a young woman married the king of the Iceni tribe that inhabited today’s East Anglia. She led a massive revolt against the occupying forces of the Roman Empire that had recently conquered Britain. In that uprising, this fearless queen put London and numerous other Roman towns and settlements to the torch, killed as many as 70,000 Romans and British collaborators.

When Boudica’s husband died in 60 AD, he left his wealth to his daughters and to the Roman Emperor Nero. The assumption was that the Roman ruler would return the favor and bestow imperial protection upon the Iceni king’s family. Instead, the Romans simply seized all the deceased’s assets and annexed his kingdom. When Boudica protested, she was flogged, and her two teenaged daughters were assaulted by Roman soldiers. Understandably incensed, Boudica launched a revolt, that quickly spread.

5. A Whirlwind of Vengeance That Swept Through Roman Britain

Disgruntled Britons rallied to Boudica by the tens of thousands, and she led them in a whirlwind campaign of vengeance. Sweeping out of East Anglia, with Boudica at their head on a war chariot, the rebels annihilated a legionary detachment sent to subdue them. They then went on a rampage, in which they burned what are now Colchester, Saint Albans, and London. They also massacred tens of thousands of Romans and Romanized British collaborators, torturing and executing them in a variety of gruesome ways ranging from impalement, to flaying, to burning alive, to crucifixion.

Eventually, the Romans rallied, gathered their legions into a powerful force, and marched off to meet Boudica. When the armies eventually met, the Romans were greatly outnumbered, but they were a disciplined force of professional legionaries, against an untrained and disorganized enemy. Boudica led her forces in person and charged at the Romans in her war chariot, but discipline and professionalism prevailed over courage, and the Romans won. Defeated, Boudica took her own life to deny the Romans the satisfaction of parading her in chains in a triumphal parade.

Queen Thomyris (flourished 500s BC) was the ruler of the Massagetae, a nomadic confederation that stretched across the Central Asian Steppe from east of the Caspian Sea to China’s borders. A formidable warrior queen, she is credited with the defeat of Cyrus the Great, founder of the Persian Empire. Indeed, she brought his brilliant career of uninterrupted conquests to a screeching halt in 530 BC. According to ancient sources, the Massagetae were Iranian-speaking nomads who led a hardy pastoral life on the Eurasian Steppe.

They tended their herds most of the time, interspersed with raids into the surrounding civilized lands bordering the Steppe. Their raiding eventually grew too bothersome for Cyrus the Great, who had recently founded the Persian Empire, and whose realm now encompassed many of the territories being raided. So he led an army into the Steppe to bring the nomads to heel. He won an initial victory against a nomad contingent commanded by Thomyris’ son, with a ruse in which Cyrus “forgot” a huge stock of wine in an abandoned camp. As seen below, the tribesmen took the bait.

3. Cyrus the Great Must Have Rued the Day He Came Across This Warrior Queen

The Massagetae captured the wine left behind by Cyrus, and swiftly got down to enjoying it. Unused to the drink, it was not long before they were rip-roaring drunk. Cyrus then turned around and fell upon the inebriated nomads, killing many, including Thomyris’ son. She sent the Persian king a message, challenging him to a second battle, which the overconfident Cyrus accepted. She personally led her army this time, and as described by Herodoutus: “Thomyris mustered all her forces and engaged Cyrus in battle. I consider this to have been the fiercest battle between non-Greeks that there has ever been….

They fought at close quarters for a long time, and neither side would give way, until eventually, the Massagetae gained the upper hand. Most of the Persian army was wiped out there, and Cyrus himself died too.” The Persian army was virtually wiped out. After the battle, Thomyris had Cyrus’ corpse beheaded and crucified. She then threw his severed head into a vessel filled with human blood. According to Herodotus, addressed Cyrus the Great’s head as it bobbed in the blood: “I warned you that I would quench your thirst for blood, and so I shall“.

2. The Warrior Queen of the Tanukhids

Warrior Queen Mawia commenced her rule of the Tanukhid Confederation in 375 AD. Her realm was an agglomeration of Arab tribes whose range stretched from northern Arabia, through eastern Jordan, to southern Syria. In the fourth century AD, they became the first Arabs to serve as foederati, or allies, of the Roman Empire. The relationship soured, however, over a religious dispute. The Tanukhids were Orthodox Christians, but in 364 Emperor Valens, an Arian, ascended the throne. The doctrinal dispute between Arianism and Orthodox Christianity revolved around whether Jesus had always existed alongside God, and is thus his equal, or whether he was begotten by God, and is thus His subordinate.

To people today, that might seem like a trifling difference, but it mattered to people at the time – enough for them to kill or get killed over it. The Tanukhids asked Valens to send them an Orthodox bishop, but he insisted on sending them an Arian one instead. So Queen Mawia, who had recently ascended the throne, withdrew from her capital of Aleppo into the desert. There, she began to gather support throughout the region, and to form alliances with other Arab tribes in preparation for a revolt. In the spring of 378, she launched a massive uprising against the Roman Empire.

1. An Uprising That Shook the Roman East

The Roman east was badly shaken when Queen Mawia’s uprising commenced. Rufinus of Aquileia, a fourth-century monk, wrote: “Mawia, the queen of the Saracens, began to rock the towns and cities on the borders of Palestine and Arabia with fierce attacks“. A formidable warrior, she led her troops into the Roman province of Palestine until they reached the Mediterranean, then continued on as far as Egypt. Rufinus added that she despoiled Rome’s provinces, laid them to waste, and “wore down the Roman army in frequent battles, killed many, and put the rest to flight“. Mawia’s revolt was a kind of ancient world blitzkrieg, as she swept in with her forces, overran Roman territories, and left death and devastation in her wake.

Emperor Valens ran out of options, and was forced to sue for peace. Mawia demanded an Orthodox bishop, and insisted that a hermit monk named Moses, whom she admired, be made that bishop. The Arian Valens agreed, and Moses became the first Arab bishop of the Arabs. In return, the Tanukhids resumed their alliance with Rome, and joined Valens in a war against the Goths, which ended in a Roman defeat at the Battle of Adrianople. The renewed alliance proved short-lived, however, and the Tanukhids rebelled again in 383. This revolt was quickly put down, and it marked the end of the alliance. It is unknown whether Mawia led the second revolt. What is known is that she lived until 425 and died in Khanasir, a town east of Aleppo, where an inscription notes her death that year.

Fordham University Ancient History Sourcebook – Herodotus: Queen Tomyris of the Massagetai and the Defeat of the Persians Under Cyrus

Historical Reflections, Vol. 8, No. 3, Women in China – One Woman’s Rise to Power: Cheng I’s Wife and the Pirates

History Collection – Women Who Inspired the World Despite Being Put Down

Lacovara, Peter, and Maniaci, Gianluca, eds. – The Treasure of the Egyptian Queen Ahhotep and International Relations at the Turn of the Middle Bronze Age (2022)

Polybius – The Histories, Volume I, Books 1-2

History Collection – Women That Left Their Mark Throughout History