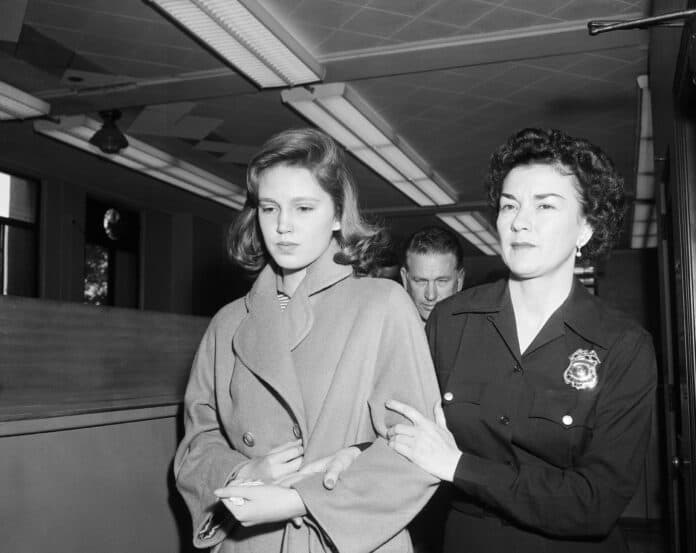 Nowadays, it is hard to pick up a newspaper or turn on the news without coming across scandal after scandal. Unfortunately – or fortunately – if you ascribe to the misery-loves company school of thought, scandals are nothing new, and have been around forever. But scandals from history come in a few different shades than scandals today. And there are some instances that would shock us more today than we’d think. Following are thirty things about some of history’s juicier scandals.

30. When America’s Favorite Good Girl Pushed Back at Her Wholesome Image

In 1936, fifteen-year-old Julia Jean Turner skipped school to buy a Coca-Cola at LA’s Sunset Boulevard, when her beauty attracted the attention of a Hollywood reporter. When he asked if she was interested in acting, Turner replied: “I’ll have to ask my mother first”. Her mother, ailing and broke, jumped at the chance, and had her daughter sign up with Warner Bros. Studios. Within a few months, the novice actress (now screen-named Lana Turner) was a hit. Realizing that they had struck gold, the studio worked hard to protect Turner’s public image, and packaged and presented her as a wholesome bundle of American girl goodness.

To safeguard her reputation, Turner’s employers even hired chaperones to accompany her wherever she went. Unsurprisingly, the restrictions eventually began chafing at the young starlet, and she began pushing back. The result was scandal, as Turner came to resent the bubble in which she was confined by MGM Studios, which took over her contract from Warner Bros. in 1938. As an escape, America’s favorite good girl began partying hard, and developed a taste for bad boys. The degree of badness grew over the years, as Turner gradually worked her from Hollywood tough guy poseurs to straight up mobsters.