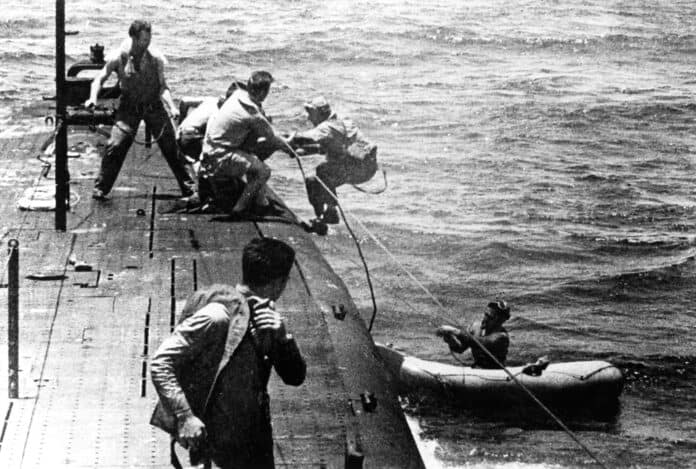 When the United States entered World War I, it cited among its reasons the renewed unrestricted submarine warfare practiced by the Imperial German Navy. So-called cruiser rules of the day required submarines to warn merchant ships before attacking and sinking them. After the British armed merchant vessels, the Germans decided the cruiser rules were impractical and ignored them, attacking ships without warning. Most American and British naval officers, and many of their German counterparts, considered submarine warfare inhumane, dishonorable, and outside the rules of warfare among gentlemen.

Times change. On December 7, 1941, just six hours after the bombing of Pearl Harbor, the order went out to the American Pacific and Asiatic fleets to execute unrestricted submarine warfare against all Japanese shipping. Though it did not begin well due to a multitude of problems, American submarines eventually sank 55% of all Japanese ships lost during the war. The total included over 200 Japanese warships, among them two of the aircraft carriers which participated in the Pearl Harbor attack. It required a massive national effort. Here is just part of the story of the American submarine campaign against the Japanese Empire in the Pacific during the Second World War.

1. The Japanese home islands could not support themselves

Japan’s home islands did not produce the raw materials to support its population, let alone wage war. The Japanese needed a large merchant fleet to transport their needs from their areas of conquest to their population and industries in the home islands. At the time of their attack on Pearl Harbor and their sweep through southeast Asia and the Pacific, the Japanese merchant fleet consisted of nearly 8 million tons of shipping. Japanese military planners estimated a base of over 6 million tons needed to be maintained to support their war effort and feed their people throughout the war. Thus, at the time of the attack, available shipping sufficient for their needs existed.

The Japanese did not bomb the submarine base during the attack on Pearl Harbor, though they did when they attacked the Asiatic Fleet in the Philippines. There, they sunk the submarine USS Sealion. Most of the Asiatic fleet’s submarines withdrew to Australia by the end of January, 1942. Submarine war patrols began on December 11, 1941, when USS Gudgeon departed Pearl Harbor for its first patrol. Submarines assumed the role of reducing the size of the Japanese merchant fleet. The commanding officers in the fleet at the time had been trained to enforce the cruiser rules against unrestricted submarine warfare. They out to sea with the orders countermanded.